It’s 2015 and there is still a gender gap in B.C.’s workforce, and perhaps even more disturbing is that it’s widening. B.C.’s economy needs more women leaders – in business, on boards and in growing industries – this, according to the people and organization across the province that collaborated on a report that calls for change, the details of which were released this morning.

In an effort to take action, the WEB Alliance – a collective of over 25 women’s business representing over 10,000 professional and entrepreneurial women in B.C., announced the release of “Women as a Catalyst for Growth: A BC Action Plan.”

The collaborative effort of over 400 community and government leaders as well as influencers from across B.C. resulted in the report, that essentially recommends ways to move the dial on gender diversity in leadership by identifying barriers and their potential solutions. 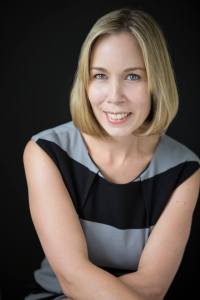 Jill Earthy, co-chair of the report and forum and co-founder of the WEB Alliance says research shows that women are starting families later after investing in education and a career, but mainstream and corporate culture has not shifted enough to make the environment supportive of flexible work opportunities. Basically, times are changing and companies aren’t adjusting to accommodate a woman’s capabilities and evolving family dynamics.

“Additionally, we saw that the mindset of women themselves contributes to the issue,” she says. “We need to foster a positive mindset in women so that they feel empowered to make different choices. Women tend to make choices based on values rather than their abilities and therefore, don’t always act as their own advocates for new opportunities.”

The benefit of supporting women and girls in building confidence in their skills and capabilities to realize their full career potential pays longterm.

How does the report actually aim to increase the economic impact of women in the province?

First, Women as a Catalyst for Growth: A BC Action Plan outlines several recommendations and key actions across three areas: women in senior leadership, women entrepreneurs and women in non-traditional jobs and emerging sectors. Then common themes were identified, some of which include:

If we are to thrive, we must do so as a community of equal value. Pay gaps and leadership discrepancies are often tales told in the news that can feel like miles away, but the struggle, says Earthy, is right here in our own backyard.

“The first step in addressing this is generating awareness of the issue and a desire to make necessary changes,” she says. “We feel that the launch of this report takes that first step.”

According to research by Catalyst Canada outlined in the report, it is going to take 15 years and 20 years, respectively, for women to make up one fourth of executive committee and board members in FP 500 companies (Canada’s largest companies ranked by revenue). In general, Earthy would like to see at least 30 per cent of women at all levels.

“We are hopeful that with increased awareness and acknowledgement as well as clear action steps, we will be able to accelerate this.”

The report concludes by stressing that the current wave of momentum for supporting women in business is significant.

As Sheryl Sandberg, COO of Facebook said: “[Real] equality in the workplace and the home will make all of us better off. When we use the full talents of the population, our countries and companies are more productive.”

Women are ready, it’s the system that must change.

The WEB Alliance and Vancouver Board of Trade have partnered with The Next Billion event for a reception on May 6, 2015 to share and discuss the report recommendations. Women as a Catalyst for Growth: A BC Action Plan and its resource links can be found at www.weballiance.ca and www.boardoftrade.com.