In the right light, Mike Gillis is the greatest general manager in Vancouver Canucks history.

Under his six-year watch, the team captured five Northwest Division titles, two Presidents’ Trophies, and found themselves one win away from the franchise’s first Stanley Cup. Moreover, in 2011, Gillis was voted by his peers as the league’s best general manager. That’s not insignificant, when you consider Gillis’ tumultuous and bitter relationship with many of those voters.

But that, of course, is only half the story.

Gillis’ critics point to an inherited core. They point to a three year goalie controversy, bungled beyond any comparable in the NHL’s modern era. They point to an unbridled arrogance with local media and longtime supporters. They point to crippling no-trade clauses, the dismissal of the winningest coach in team history and the disastrous hiring of John Tortorella. They also point to an (almost) unfathomable collapse and dismantled season ticket base.

Seven months later, the debate continues to wage. Was Gillis the progressive pariah, or the unappreciative beneficiary of his predecessors’ foundation? Up first is one of the most important trades that Mike Gillis made as Canucks general manager. 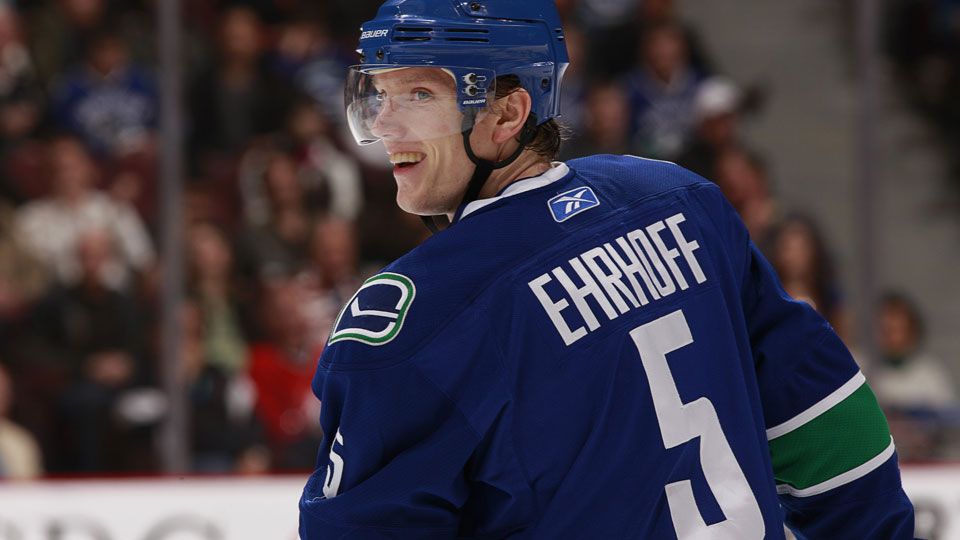 Regardless of where you stand on the Gillis debate, a number of moves in his polarizing tenure were universally accepted as unqualified strokes of genius.

At the top of that list, right beside the 5 year/$30.5M contracts of Daniel and Henrik Sedin, is the August 2009 acquisition of Christian Ehrhoff from the San Jose Sharks for bust prospects Patrick White and Daniel Rahimi.

Embodying the puck-moving quarterback the Canucks had long since coveted, Ehrhoff quickly stabilized the back-end as the team established itself as the league’s defensive blueprint.

In each of his two seasons in Vancouver, Ehrhoff captured the Babe Pratt Trophy as the team’s best defenseman.

In 2009-10, he notched 44 points and contributed to the league’s fifth-best power play. He also set the franchise’s single-season plus-minus record at +36 (a fact often ignored by his critics).

In 2010-11, he notched 50 points, and quarterbacked the league’s best power play. He excelled in the early rounds of the post-season, before succumbing to an injured shoulder.

Simply put, the Canucks’ rapid ascent to the league’s forefront would not have been possible without the offensive stalwart. When you consider the related improvement of defensive partner Alex Edler, the cost of two forgettable non-NHL prospects, and a meager cap hit of $3.1M, Mike Gillis seemingly deserves an A+ for the transaction.

But, like so many issues with Gillis, there’s another side to the story.

Ehrhoff’s acquisition was never a hockey trade. Mike Gillis did not employ advanced analytics or deep hockey sense to reveal Ehrhoff’s massive upside. His player development team did not astutely recognize the inevitable demise of Daniel Rahimi and Patrick White’s NHL careers in the midst of a hot market.

Instead, the move was entirely based on a San Jose team in financial purgatory. In preparations to obtain Dany Heatley, the team needed to dump salary and cap, without obtaining NHL (or potential NHL) salary and cap in return.

But the Sharks weren’t interested in giving away a stud 27-year-old blueliner coming off a 42 point season. Rather, Ehrhoff’s inclusion was the sweetener for (and predicated upon) the acquisition of Brad Lukowich – an AHL-destined veteran with a $1.8M salary.

Thus, if you don’t take Lukowich’s dead salary, you don’t get Ehrhoff. 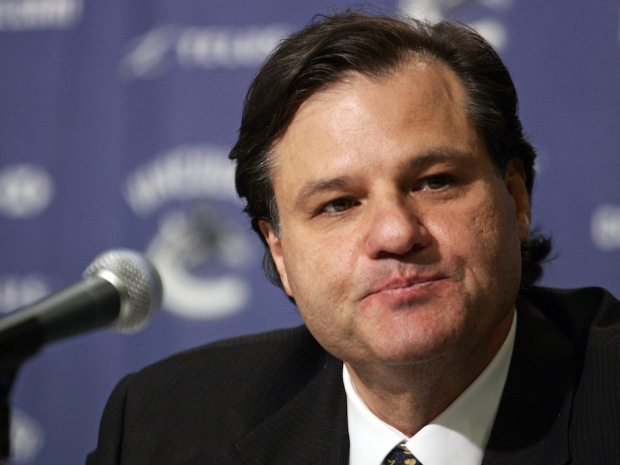 In completing the transaction, ownership unequivocally demonstrated its commitment to winning at all costs. The move was never evaluative, but purely financial. If we eat $1.8M on Lukowich, we get the player we want. Without that financial investment, the transaction would never have materialized (an approach re-affirmed in 2011 with the acquisition of Steven Reiprecht in the David Booth deal).

But the story doesn’t end there. Gillis’ refusal to extend Ehrhoff in June 2011 may have been one of his biggest oversights.

Believing his open-market value to be $5M/season (and preoccupied with an internal cap of $4.6M/season), the Canucks tabled Ehrhoff a 5 year/$23M offer, identical to the one signed by Kevin Bieksa. After declining the deal, Ehrhoff was quickly shipped to New York for a 4th round pick, surprising the blueliner who thought progress was being made.

In justifying Ehrhoff’s departure, Gillis told local media, “I think Keith Ballard is going to be a good player for us next year”. 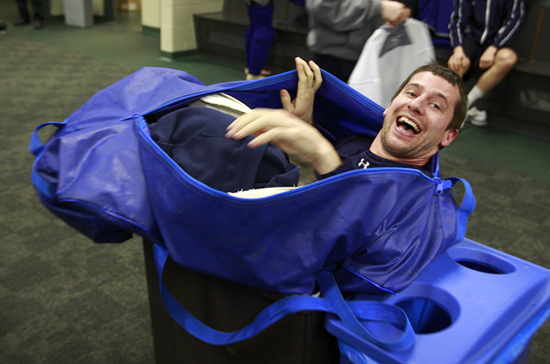 In the end, Gillis pulled the trigger and thus deserves some credit for Ehrhoff’s acquisition. In many ways, he was the most effective blueliner the team has ever had.

But that trigger was solely pulled because of ownership’s willingness to eat dead money to facilitate the deal. It’s a luxury 20+ other general managers weren’t afforded. Gillis was. That can’t be ignored.

When you also consider the Canucks’ franchise-long pursuit of a puck moving, powerplay quarterback, Gillis’ willingness to allow Ehrhoff to walk (based on a reported difference of ~$400,000/season) is somewhat perplexing.

That uncertainty was magnified by the signing of Jason Garrison (an inconsistent, unproven defenseman) to a 6 year/$27.6M deal in July 2012, largely to fill the void left by Ehrhoff. Never able to plug the gap, Garrison would become a prime buy-out candidate, before being shipped to Tampa Bay for a 2nd round pick in June 2014.

Maybe Ehrhoff wasn’t a shining star on Gillis’ resume, after all.