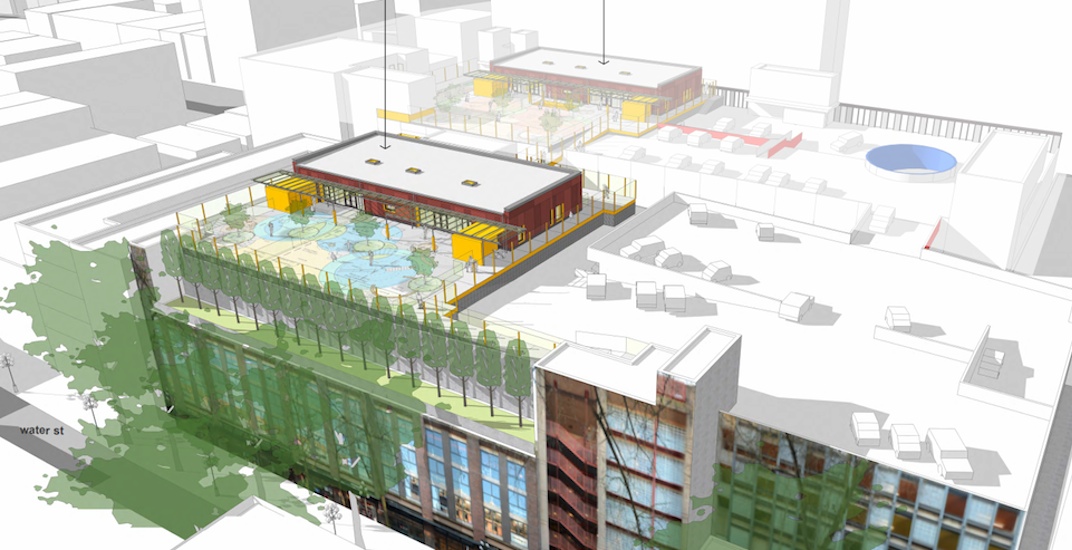 After approving plans earlier this year to turn under-utilized parking spaces on the rooftop of the city-owned parkades in Gastown into daycare spaces, the city said on Monday the construction process is now officially underway.

According to the city, construction is now officially underway for two childcare centres which will provide 74 childcare spaces.

Located at 150 Water Street and 151 West Cordova Street, the two single-storey centres will provide 37 childcare spaces each, with combined areas of approximately 10,000 sq. ft. of indoor space and 11,000 sq. ft. of outdoor space, connected by pathways and a footbridge. 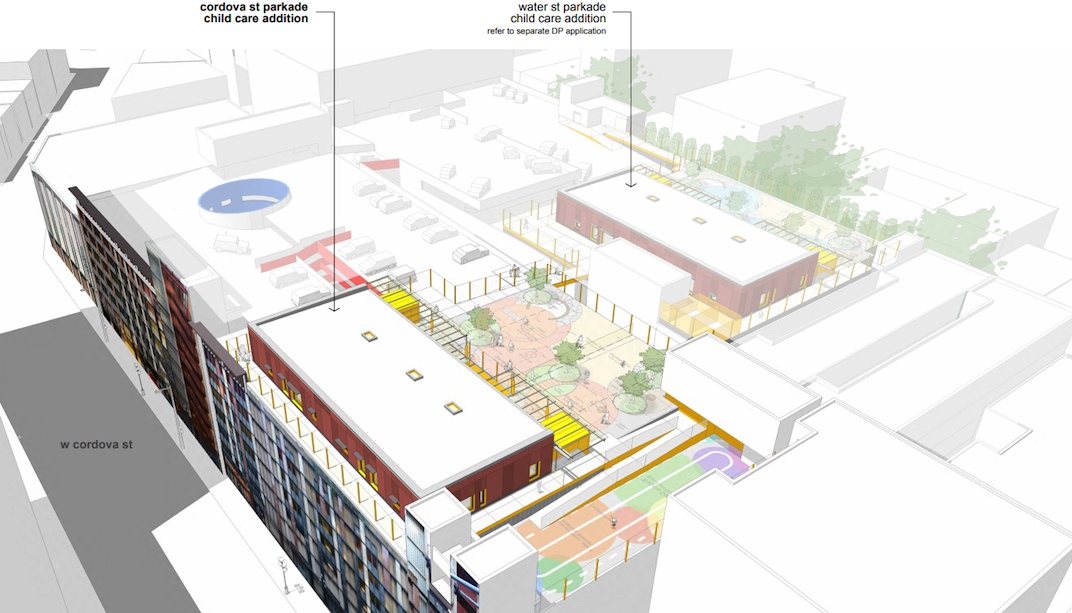 To access the facilities, two dedicated entrances with elevators and a staircase will be created, with one entrance located on Water Street and the other on Cordova Street. Vehicle parking for staff and parental pick-up and drop-off areas will be accessed from Water Street. 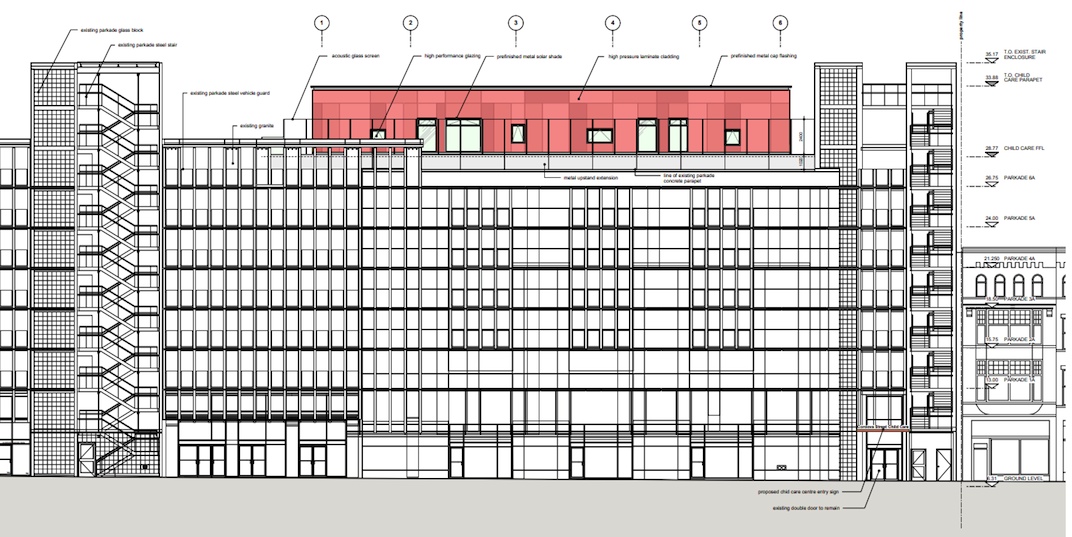 Layout of the new childcare facilities atop the Gastown parkade at 150 Water Street, Vancouver. (Acton Ostry Architects / City of Vancouver)

The city will own and maintain the two centres, with the YMCA of Greater Vancouver appointed as the non-profit operator. The city will lease the centres to the YMCA at a nominal rate to support sustainable operations and to support affordability for families.

“Due to the increased shortage of viable childcare sites in the downtown Vancouver area, we need to capitalize on existing city-owned land and infrastructure to provide new facilities for children to learn and play,” said Vancouver Mayor Kennedy Stewart. “The creation of child care facilities on these two Gastown parkade rooftops is a great example of how the City and Province are collaborating to take an innovative approach to increasing access to childcare spaces for Vancouver families.”

These new spaces, he said, “are a first step to giving more families access to quality early learning environments in their communities.”

The construction of the two centres is estimated to cost around $17 million, which is being funded through Community Amenity Contributions (CACs) from developers such as Bosa Development and Westbank, $1 million Major Capital Grant from the Province of BC and the Union of BC Municipalities.

The cost of this project is unique compared to other centres due to the additional construction requirements needed to build on a parkade rooftop, as well as Passive House requirements. Construction at the parkade location is made possible by the City of Vancouver’s Property Endowment Fund.