While countless tourists and locals walk by the iconic Gassy Jack statue at the intersection of Water and Carrall Streets each day, I think it would be safe to say that not as many know the story behind the legendary figure.

John “Gassy Jack” Deighton was born in Hull, England in 1830 and moved to America as a young man in search of a better life. After landing in New York, he found himself aboard a clipper ship that sailed from New York to San Francisco. But like many who went looking for a piece of California gold, he never found it, and in 1858 he headed North to the great Fraser River in search of tremendous fortunes.

While he never struck it rich, John soon put his naval skills to work and became a pilot on the steamboats that shuttled prospectors up and down the river. John was privy to many wild tales of adventure from the hopeful men who boarded his boats. He eventually decided to cash in his savings, acquiring the Globe Saloon in New Westminster, B.C., and it was there that the legend of “Gassy Jack” was born. Like most bartenders, he had the gift “to gas” — an old English term for someone who talks a lot. Gassy Jack knew almost every man who travelled up the Fraser and became known for serving up delicious whisky at his lively bar, as well as his penchant for storytelling.

In 1867, Gassy Jack temporarily left his bar in the care of a friend who decided to throw what must have been a spectacular Fourth of July party. When Jack returned, he learned that his friend had used all of the saloon’s profits to purchase gunpowder and fireworks, and gave away all of the whisky for free.

Nearly bankrupt, Gassy Jack took another gamble and with his remaining assets purchased a small maple tree grove on the shores of the Burrard Inlet known as ‘Luck-Lucky’. Gassy Jack knew that this undeveloped land would one day become a glorious port and decided to open up another bar. The new Globe Saloon soon became a draw for other settlers, and not long after, the townsite of ‘Granville’ was established. The modest saloon eventually outgrew itself, so Gassy Jack bought a small parcel of land on the southwest corner of Water and Carrall Streets and built what was to become the Deighton Hotel. Equipped with a bar, a billiard table and rooms above, Gassy Jack was back on top. People from all over the inlet travelled to see him — not just for the whisky he served, but also for his tales of high stakes adventures. Everybody knew this was Gassy Jack’s town, and before long the small settlement became known as ‘Gastown’.

After a short return to the river as a steamship pilot, Gassy Jack returned home due to poor health, and in 1875 the great John “Gassy Jack” Deighton passed away at the age of 44. The Deighton Hotel eventually burned to the ground along with everything around it in the Great Vancouver Fire of 1886, but Gassy Jack’s legend lived on.

Today, Gassy Jack’s statue looks upon the countless cocktail bars and restaurant that dominate Gastown’s vibrant dining scene. Below, I share with you with my own tribute to the intrepid barman, sailor and storyteller — the Luck-Lucky cocktail. Be sure to give a little salute to ol’ Jack before you imbibe. 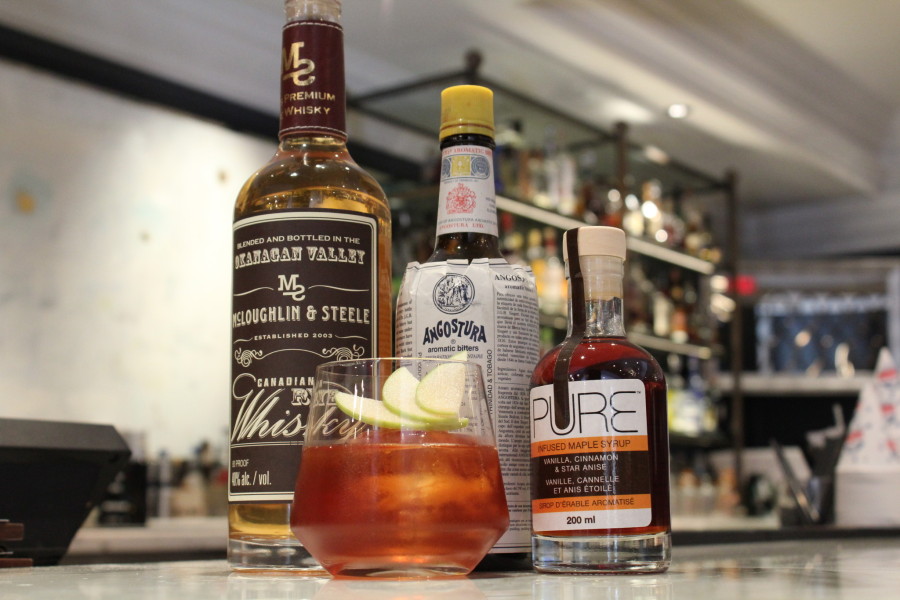