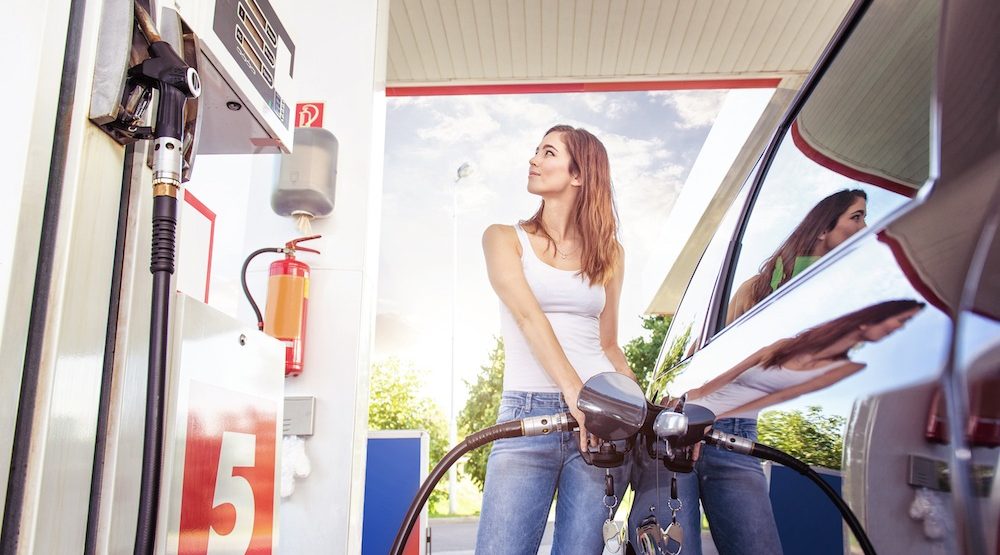 Gas increased six cents per litre to over $1.30 in some parts of Metro Vancouver because barges from two out of four of the American refineries that supply the city weren’t able to make it to our shores.

“With the winds, it’s kind of hard to maneuver large ships in that kind of weather,” Dan McTeague with GasBuddy.com tells Daily Hive. “That’s why we’re seeing a temporary increase.”

McTeague says the increase will continue for the next few days until things get back to normal.

He says that the Trans Canada pipeline is at capacity and isn’t able to supply the Lower Mainland with the gas it needs in order to keep prices lower.

However, south of the border, gasoline seems to be much cheaper. In Blaine and Bellingham, gas prices average out to $2.75 per gallon – or 96 to 99 cents a litre.

“Some of that could be attributed to higher whole sale prices, which is the norm in Canada – we pay a lot more because we don’t produce enough gasoline to meet our own needs, so we do depend on Americans.”

“The other part, probably the most important part, is the difference in taxation,” he adds.