Metro Vancouver drivers should head to the pump right now because gas prices have just gone down by seven cents.

According to Dan McTeague of Gasbuddy.com, gas prices dropped on Friday night.

McTeague added that prices are expected to drop even further by one cent on Sunday.

“Washington fuel production and inventories are apparently back to normal and the price we pay at the pumps will return to where they were before December 14 when an unexpected outage of the Olympic Pipeline caused a significant fuel supply crunch for the PNW as a whole,” said McTeague told Daily Hive via email.

According to GasBuddy, the lowest gas prices within the city of Vancouver currently sit at 127.9 cents per litre. 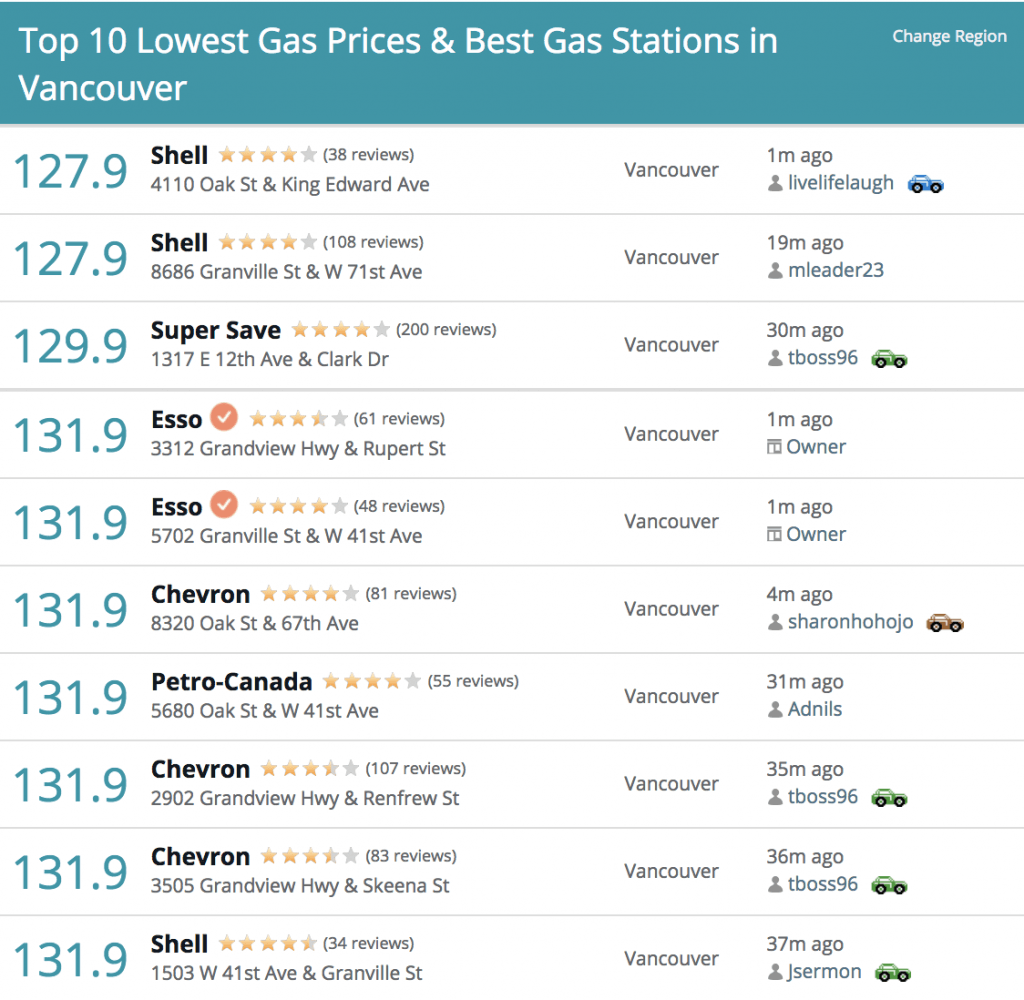