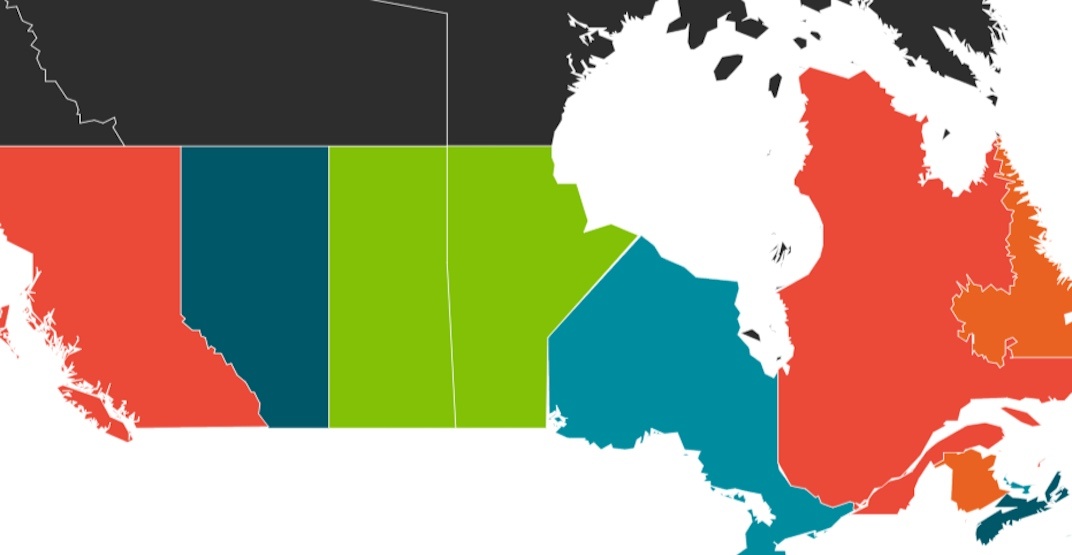 In case you’ve ever wondered how gas prices compare between Canadian provinces, there is a heat map that shows all the data you need to make the comparison.

Gas Buddy’s fuel insights heat map allows users to show current average fuel prices for both regular gas and diesel in each jurisdiction across Canada, along with the US.

The dynamic map also provides users with the ability to determine how average prices have changed from yesterday, last week, last month, the last six months, and last year.

As of the time of writing, here are the average Canadian gas prices per litre in each province: