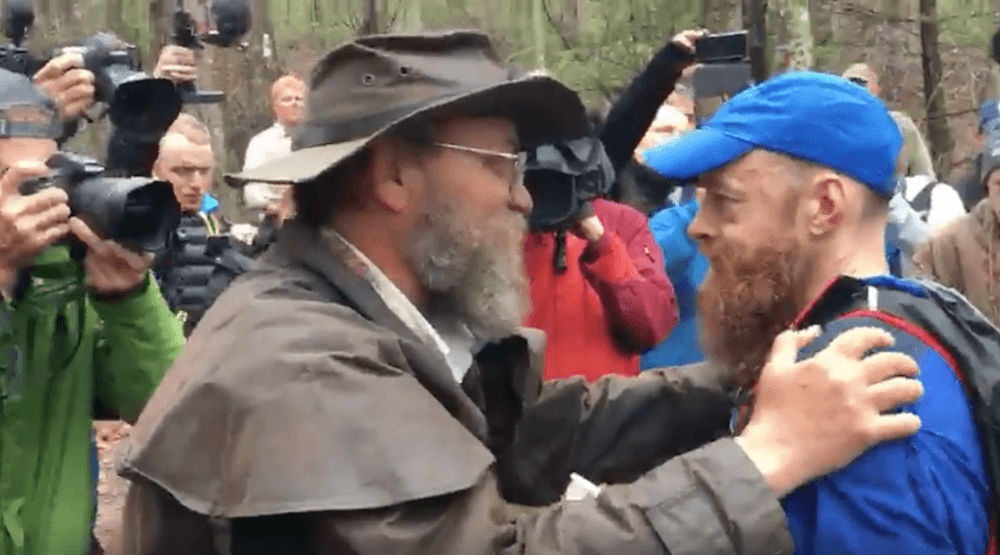 After months of training, and a gruelling three-day race in Tennessee, Gary Robbins’ second attempt at the Berkley Marathons ended in chaos and confusion as the North Van runner came in just six seconds over the race’s 60 hour cut off time.

Robbins set off on the fifth and final 20-mile loop of the 100-mile+ race at midnight local time. However early reports from social media suggest that he got lost in the fog and ended up off course. That led him to finish the race from the wrong direction; even though he had picked up all of the book pages, which are used to prove the runners finished the whole route.

It was a heartbreaking end for the North Vancouver runner who was hoping to become the first ever Canadian finisher of the run, which has been dubbed the hardest in the world. Indeed it is almost impossible to sum up just how tough this test is.

The agonizing sight of Robbins collapsing at the finish line a mere six seconds after the race’s cutoff was captured on video by Canadian Running Magazine, which has been following the runner’s progress over the course of the weekend.

John Kelly from Washington, D.C. is the only runner to finish this year’s Barkley Marathons, coming in with a time of 59:30. Kelly, who was wearing a Walmart bag and an orange hat he had found in the wilderness in an attempt to fend off the frigid temperatures overnight, immediately asked about the status of his Canadian competitor.

John first one in to finish the Barkley!!! First thing he says when he sits down… “Where’s Gary? Does he look ok?” Followed by “I got cold in Rat Jaw, so I just picked up a few things layin around in the briars to keep me warm!” Ridiculously tough, funny & sweet man! #barkleymarathons #BM100

Nevertheless all eyes were on Gary Robbins with many spectators reportedly crying after the devastating nature of his near miss.

Gary Robbins in at 60:00:06, has all pages but came down wrong trail & missed cutoff by 6 seconds…. didn’t count as a finish, Gary is devastated, but goes in to Thank Laz for a great event & gave him a hug! What a beyond stellar effort! #barkleymarathons #BM100

“A story for the ages”

Gary Robbins will tell his story – and what a story it will be. #BM100

All of Canada is so proud of you @gary_robbins! You did an amazing job fella. #bm100

Regardless of the final time, Canada is super proud of you @gary_robbins. What you've accomplished is incredible! #bm100

@gary_robbins You have stolen all of our hearts and we are so proud of you and your phenomenal effort at #BM100!

As for Robbins himself? The North Shore runner was typically humble and polite. And even after the pain of his finish, not to mention the agony caused by running across impossible terrain for more than 60 hours, he still had time to thank the organizers for “another wonderful race.”