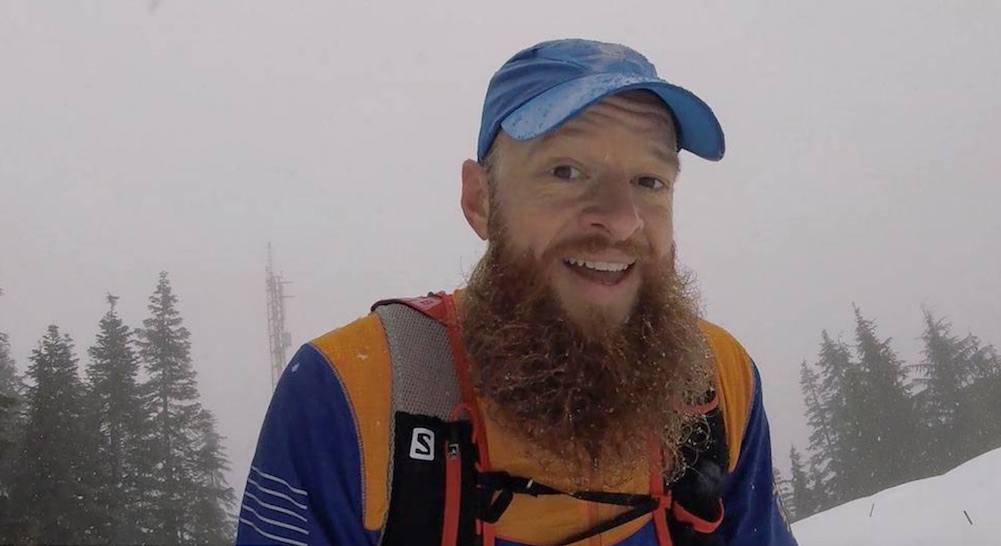 Gary Robbins is undoubtedly one of our city’s finest athletes. But there’s a good chance that you’ve never heard of him.

No, he’s not a hockey prodigy, or the next big football star. Instead, Robbins is an endurance runner who’s about to put his body through a race that can only be described as pure hell.

In the last 9 months of my life I’ve completed The Wonderland Trail (150k), Ultra Trail Mount Fuji (165k), HURT (161k), 4.5 laps of The Barkley (178k), and we’ve welcomed a beautiful child into our lives. When people ask me “what’s next?” the only answer is “sleep”, just sleep and nothing else. It’s Linda’s turn now as she focuses in on completing the Fat Dog 120 miler before Reed’s first birthday 🙂 Photo credit Jegard Remy at The Barkley Marathons.

That hell is the Barkley Marathons, which is lovingly referred to as “The race that eats its young”. It’s not just hyperbole either. If anyone has seen the incredible documentary on Netflix, they’ll know exactly what we’re talking about.

For the uninitiated, the Barkley Marathons is an Ultramarathon that takes place each year in Frozen Head State Park, in Tennessee. Runners can choose whether to take on a “fun run” of roughly 60 miles (97 km) or the full 100 mile (160 km) course, and have just 60 hours in which to complete the almost unimaginable exploit.

Even by Ultramarathon standards the Barkley is tough. Only a handful of people have ever finished it, and some years no one finishes it at all.

There is no marked course, and no aid stations on the 20-mile (and sometimes more) loop that the runners have to tackle in all weather, all conditions, day and night. Throw in the elevation gain (54,200 ft ) alongside the almost unconquerable terrain and you’ve got a recipe for what’s arguably the hardest race in the world.

Hell, even entering the race is no easy feat.

There’s no online form to sign up. Instead the exact entry process is a closely guarded secret. If you are lucky enough to secure a spot in the race you receive a “letter of condolence,” which gives you some idea of what these runners are letting themselves in for.

Simply put, it’s impossible for me to sum up quite how challenging this run is.

This will be Robbins’ second attempt at completing the Barkley.

Last year the North Vancouver athlete, who is originally from St. John’s in Newfoundland, came agonizingly close to finishing the epic endurance race, completing 4.5 loops of the course.

Sleep deprivation (he’d had just minutes of shuteye in 90 hours) meant he was hallucinating for much of his final lap. Throw in the early onset of trenchfoot and the fact he couldn’t feel any of his toes (they’d stay numb for almost a month afterwards) and you’d be forgiven for wondering why the hell he is going back to give it another try this year.

Yet in December he confirmed on Facebook that he’d be doing just that by entering the race for a second time in 2017. “Yes I did get my letter of condolences for the 2017 Barkley,” he wrote.

Another week of Barkley Marathons training is in the books. Just one more to go 🙂 Training recap video posted to GaryRobbinsRun.com After 100,000ft of climbing and descent in the last 20 days I’m officially worked, but in all the right ways.

So how do you train for something like the Barkley?

Well, alongside some races, and some hardcore skiing, Robbins has been doing countless laps of the BCMC trail on Grouse Mountain (snow and all) – all while you’ve been at home asleep.

In the last 8.5 days alone he climbed 62,000 ft. To put that into context, that’s the equivalent of climbing Mount Everest twice, in just over a week.

If you want to get a glimpse of what that feels like take a look at the excellent video diary that Robbins has been producing over on his blog, which gives a brief glimpse into what life is like as an ultra runner.

After all that training, Robbins is currently getting set to head off for his second attempt at the Barkley. Last year’s exploits have left him hungrier than ever to finish it this time around. On his latest blog post Robbins described himself as:

“One completely exhausted, exuberant and ecstatic ultra runner who is all but ready to give this crazy Barkley thing another whirl.”

The exact date of the race is a closely guarded secret, but you can keep up with Robbins’ progress via his blog, on Twitter, or his Instagram account.

And if Robbins’ own efforts have given you the running bug, take a look at the Coast Mountain Trail series, which puts on a series of challenging trail events across the North Shore and the Sea-to-Sky corridor.

For now, on behalf of the whole of Vancouver, we just want to wish Gary Robbins the very best of luck!

Sunrise over Vancouver from atop Dam Mountain this morning. 16,000ft into my 20,000ft Barkley training finale. Taper mode initiated.