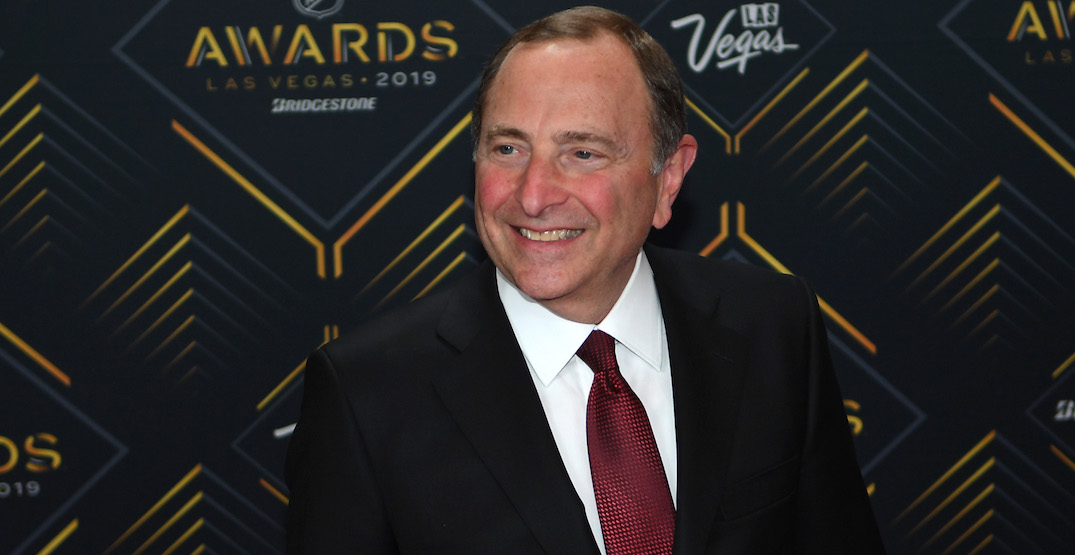 NHL players desperately want to play in the Winter Olympics.

So how about the Summer Games instead?

NHL owners don’t like the disruption that the Winter Olympics causes to their season, as the league needs to pause for three weeks in February to accommodate it.

So NHL Commissioner Gary Bettman has an idea: move ice hockey to the Summer Olympics.

In an interview with TNT at the Winter Classic, Bettman said that he has suggested moving hockey to the Summer Olympics, according to a tweet from Shawn Hutcheon of The Fourth Period.

NHL Commissioner Gary Bettman tells TNT's Anson Carter that he has been suggesting that hockey be moved to the Summer Olympics but Olympic powers that be will not make the change.

Bettman added that it’s a conversation he’s been having with the IOC since the mid-1990’s. The NHL first paused its season to send players to the Olympics in 1998.

“We asked to go to the Summer (Olympics) and they said no,” Bettman said in an April 2017 interview with Prime Time Sports. “And why did they say no? Because hockey, in terms of hours of programming and the number of seats sold to the events, is probably too important to the Winter Olympics and their economics.”

While hockey is obviously a winter sport by nature, international best-on-best hockey outside of the Olympics has always been played in the summer.

Even the IIHF World Hockey Championship, which takes place annually in the spring, is typically played closer to the start of the Summer Olympics than the end of the Winter Games.

After skipping the 2018 Winter Olympics in PyeongChang, the players bargained for Olympic participation at Beijing 2022.

The NHL and NHLPA’s Collective Bargaining Agreement included a provision that stated that the players wouldn’t go to the Olympics if the NHL schedule was “materially impacted” by COVID-19 postponements. Clearly that was the case after the Omicron variant took hold in North America, so the NHL and NHLPA pulled out of Beijing.

Not everyone was happy about it, notably Boston Bruins forward Brad Marchand. The 33-year-old, who may be missing his only chance to play for Canada at the Olympics, called the decision “bullshit.”

“Hockey” is already a Summer Olympic sport, though that refers to field hockey. While moving the sport to the Summer Games would be odd, it’s not without precedent. The first-ever Olympic ice hockey tournament was played in 1920 at the Summer Games in Antwerp, Belgium.

Most basketball leagues have a winter season, yet that sport is featured in the Summer Olympics, allowing NBA players the ability to participate.

Moving hockey to the Summer Olympics would interrupt players’ summer vacations, but it wouldn’t affect the NHL’s regular season one bit.

Ice hockey in the Summer Olympics will probably never happen again, but it certainly would solve a lot of problems.