Garde Entertainment presents The Affair to Vancouver on September 7, 2013. 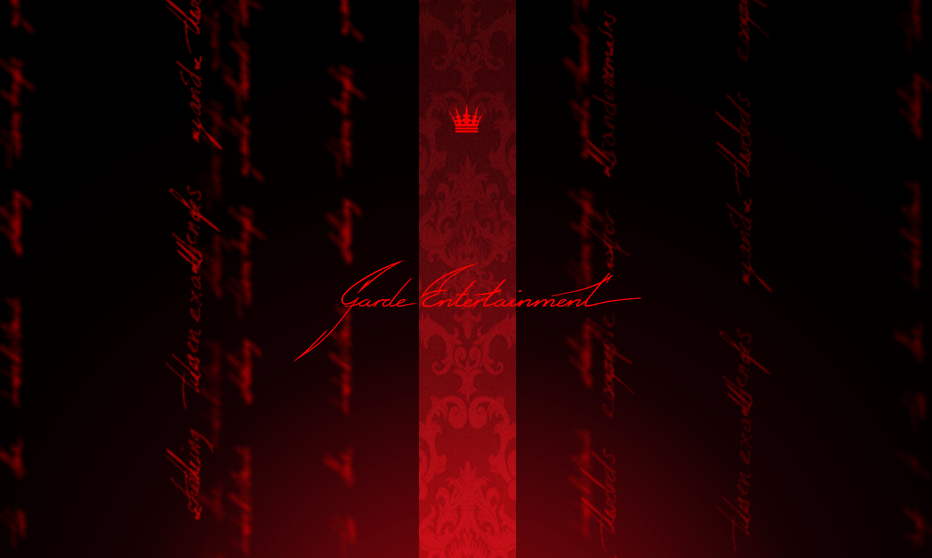 What is The Affair?

The Affair is Vancouver’s most prestigious fashion event of the summer. Combining a mix of high end and couture fashion designers with the best in local and international talent, The Affair will entertain and delight local audiences with a taste for elegance and mystique.

Where will The Affair be held?

The Affair will be held at The Imperial at 319 Main Street in Vancouver, British Columbia. The Imperial is a gorgeous venue located in the heart of Vancouver’s thriving Chinatown district. Inside is a recently renovated historical building with a history of culture and tradition that combines with modern amenities and class. Modelled after the Electric Cinema, a multipurpose venue in London, the theatre’s current incarnation is a cross between your typical art-house screening room and a high-end restaurant. Its lobby features a full-service bar as a centrepiece to facilitate the fully licensed premises. Miniature replicas of Qin Dynasty terracotta warriors line a shelf encircling the bar’s counter: a tasteful touch of chinoiserie that acknowledges the venue’s past. A successful marriage between the old and the new has set the foundation for another page in the venue’s storied life.

Who will be showcasing and performing at The Affair?

For the fashion segment of the event, The Affair will be headlined with a showcase from Parisian designer Sandro which will be special, feminine and distinctly French. We are proud to host Sandro’s Fall/Winter 2013 collection in Vancouver. Los Angeles Designer, Eva Chen will follow-up with her return to Vancouver showcasing a glamorous Hollywood couture collection that has received international fame. Local Designer, Monika Georgieva will also be present and will set the tone of the show with her provocative Maléna lingerie line.

Elite Cocktails will be on-board at the event with a flair show that will leave you thirsty and wanting more. Entertainment will be provided by legendary female house producers Colette and DJ Heather who are known internationally as two of dance music’s greatest female pioneers. These two globally recognized artists have been gracing festivals, shows and events for almost two decades and will be reuniting during The Affair in Vancouver for the first time in three years.

Fundraiser for Out in Schools The charity we have been supporting for the past seven years is Out in Schools. Out in Schools is an organization that works with school boards, educators, community organizers and student-run Gay Straight Alliances to raise social awareness and acceptance, as well as provide a safe environment for LGBTQ youth and young people in general.

Garde Affair is now a guest list only event. The venue has limited capacity and due to high demand, not all guest list submissions will be accepted. Guest list cutoff is Thursday, September 5 at 6 p.m.

Send your full name, email and phone number in your email request to:

Where: The Imperial – 319 Main Street 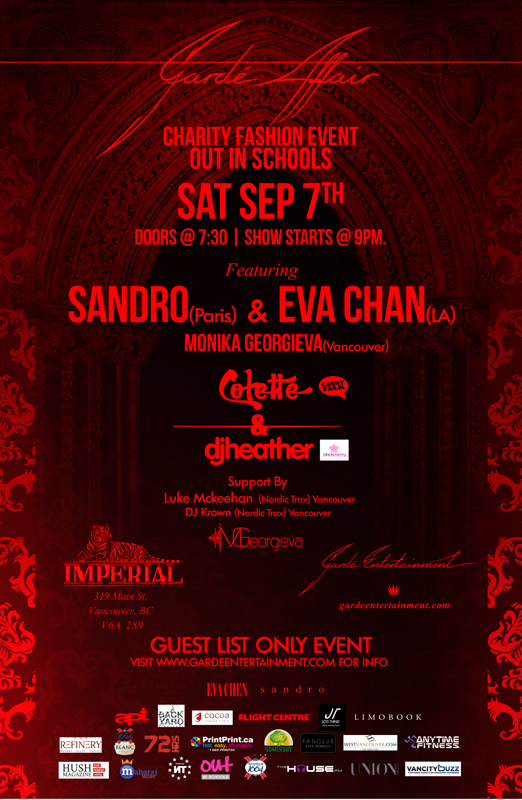 Vancity Buzz is a proud sponsor of The Gardé Affair.