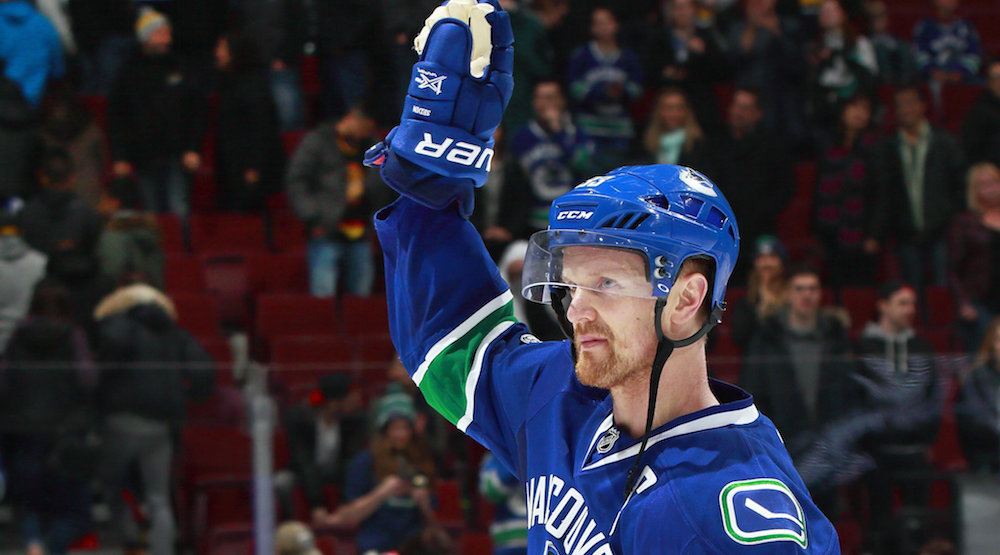 The Canucks are hot and the Panthers are injured.

Vancouver is coming off of a 1-0 shutout win against the Nashville Predators and are an astonishing 6-1-3 in their last 10 games. At centre stage is Henrik Sedin who sits at 999 career points and looks to be the first ever Canuck to hit the 1000 point mark.

Get ready for a night that may never be forgotten.

The Canucks called up Jordan Subban (finally) and sent Andrey Pedan back to Utica. The move was necessitated in order to avoid exposing Pedan on waivers. Pedan didn’t appear in a single game with his latest call-up, and don’t expect Subban to get in the lineup either unless there’s an injury.

Jayson Megna returns to the lineup, after missing Tuesday’s game with the flu. Ryan Miller is back between the pipes after posting a shutout against the Predators on Tuesday night.

The NHL has a funny way of lucking itself into juicy storylines.

Monday night brought the most entertaining game of the season, an 8-7 win by the Pittsburgh Penguins over the Washington Capitals. Any game with a score line like that would make headlines, but the NHL was handed a gift when that game involved Sidney Crosby and Alex Ovechkin.

Fast forward to tonight where Henrik Sedin has a chance to reach the 1000-point milestone with former Canuck great, Roberto Luongo, in net for the Panthers. You honestly cannot script this stuff any better.

Henrik has been an underrated captain in this market, has been a consummate professional, and is simply a treat to watch on a nightly basis. He is the ultimate role model for the younger players on the team.

"Henrik has been huge for me, on and off the ice. The way he carries himself, he's such a great leader." – Horvat

Is a backhand saucer pass by Henrik leading to a one-timer goal by Daniel with the second assist by Alex Burrows too much to ask for?

However it happens, it is a time to give Captain Henrik the ovation he so deserves and a Viking clap to boot!

Can we pull this off Canucks fans? https://t.co/zfhoOYcB0J

The Viking Clap is actually going to happen by the way (or at least they’re going to attempt it). Watch out for Johnny Canuck leading the charge on the big screen prior to puck drop.

2. Tryamkin worth price of admission 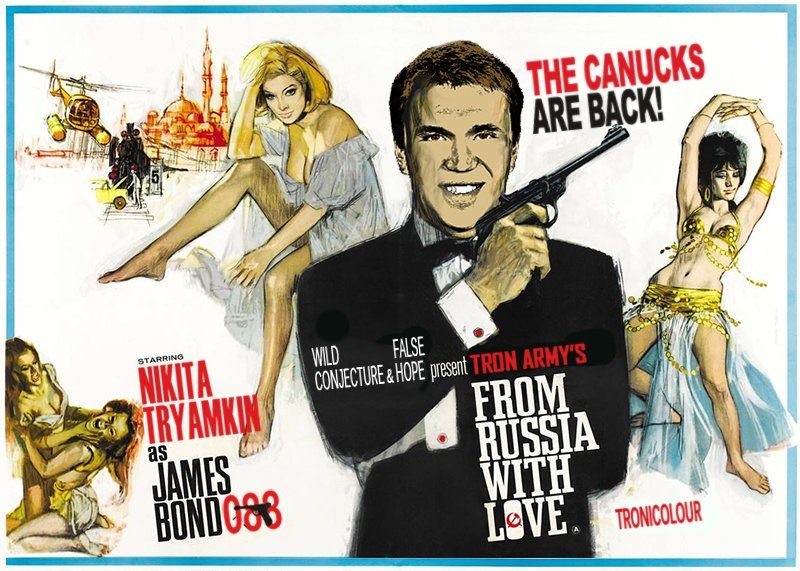 He is that big, smooth skating, rugged blueliner that the Canucks have coveted for quite some time and his name isn’t Erik Gudbranson.

This game is legitimately everything the Canucks market Gudbranson as, except it's Tryamkin doing it.

Nikita Tryamkin’s steady improvement this season is nothing less than spectacular. He has become a fan favourite and is almost iso-camera worthy on every shift. The young Russian defenceman is a wild card and a revelation.

OK just give him a new contract for all of the years #Tryamking pic.twitter.com/PAbp8ZAXjg

Keep a close watch tonight on the big guy with the visor perched above his forehead and #88 on his back. Not since a young Vincent Damphousse has an NHL player worn their visor with such style.

Find out what Vincent Damphousse did on This Date in #Habs History: https://t.co/1Xqqynktba pic.twitter.com/hyS15FdNul

3. The curious case of the Florida Panthers

The Panthers have had an interesting and turbulent season to date.

Off the ice, they have had a few PR nightmares with the abrupt firing of head coach Gerard Gallant and the more recent issue of their owner, Vinnie Viola, reportedly punching a concession worker at a New York racetrack.

On the ice they just can’t seem to stay healthy.

It is well known around these parts that the Panthers are the poster child for hockey analytics. While the team flounders, largely due to injuries to key players like Aleksander Barkov, Nick Bjugstad, and Jonathan Huberdeau, the jury is out on whether or not this team is being constructed in such a manner that makes them more successful. This experiment will take years before conclusions should be drawn.

There is little doubt that analytics are a useful tool in NHL team construction, but the extent to which they can help is still unknown as analytics are still in their infancy in hockey.

Florida is an interesting team to watch due to the manner in which they are going about building the team, but also because they have some real characters in Roberto Luongo and Jaromir Jagr.

The Panthers have been mediocre all season and are 5-4-1 in their last 10 games.

Henrik notches his 100oth career point, Canucks fans salute him with the Viking clap, and Vancouver beats Florida 3-2 in OT. Book it!