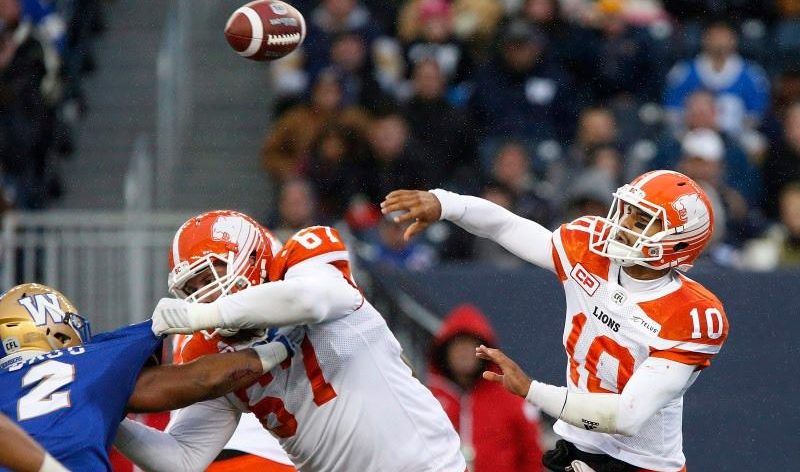 Friday Night Football returns to BC Place, as the 9-5 BC Lions face the 9-6 Winnipeg Blue Bombers in a rematch from last week.

Last Saturday, the Blue Bombers narrowly escaped with a thrilling 37-35 win, in a game that ended in controversial fashion. The Lions are hungry for vengeance.

📽”We have to be ready to dominate.”@SGore85 is back in the lineup and ready to make a difference in rematch with Bombers!🏈 🦁#BCLions pic.twitter.com/9CzzrHNqkR

Here’s the lowdown of what you need to known for the highly anticipated tilt in the den. 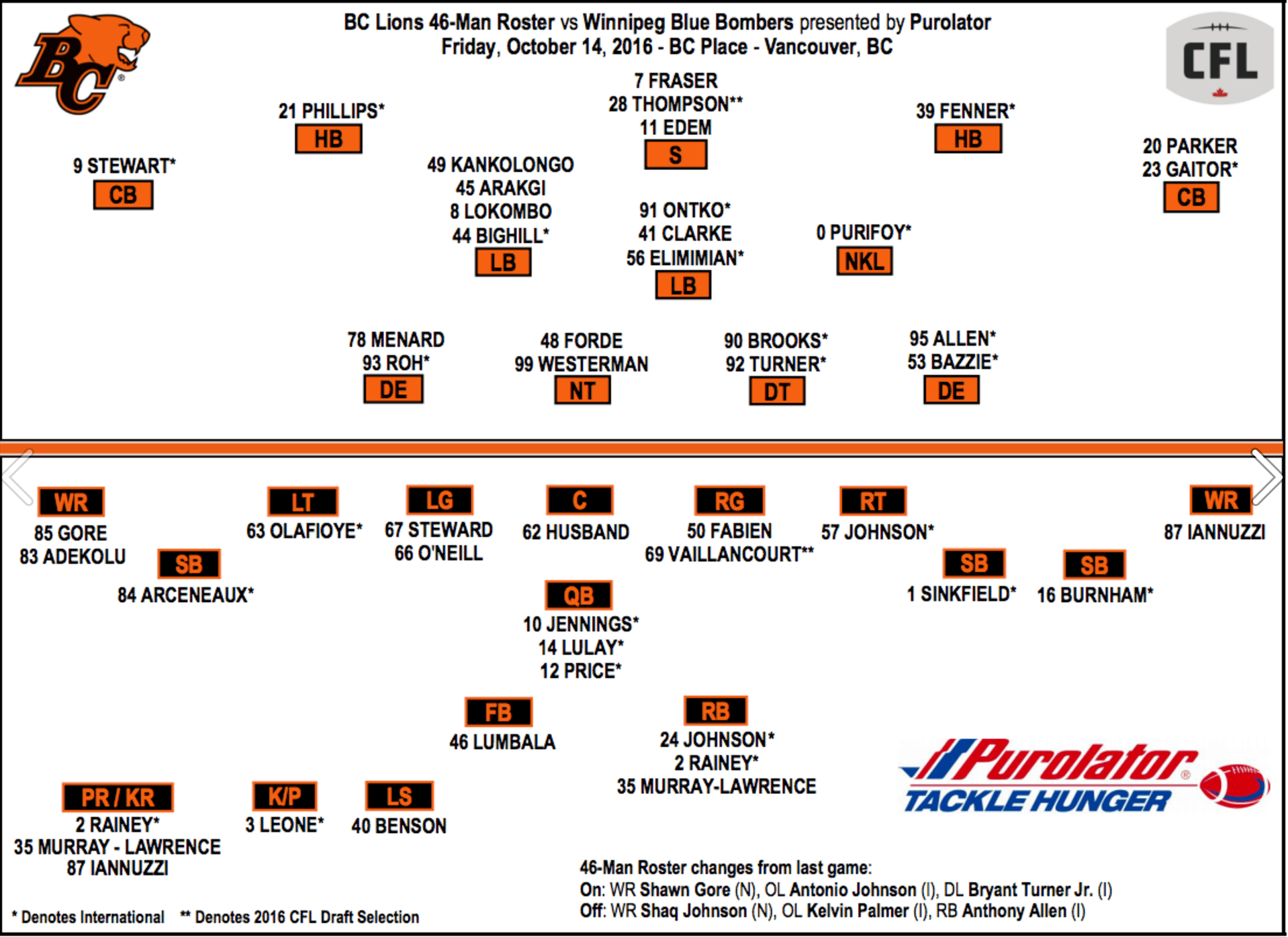 Running back Andrew Harris played the Lions for the first time last week since his transition to the blue and gold, but this is really the moment both sides have waited for.

Harris joined TSN 1040 earlier this week and claimed that there is no bitterness towards the Leos. This makes sense considering Wally Buono offered the former Vancouver Island Raider a contract concluding the 2015 season.

In terms of competitiveness, however… It’s on. If Winnipeg wins, expect Andrew Harris to be a big reason why.

Jeremiah Johnson will oppose Harris as the Lions starting tailback. Anthony Allen struggled last week, and Buono has had success with giving each back a rest with the weekly start one/sit one approach.

The main reason BC came out on the losing side in Week 16 was because of sloppy play when it came down to the nitty-gritty.

Buono stressed this week at practice that BC must put points up on the board when the Lions get into the red-zone.

Last week, BC put the field goal team out there five times.

That’s not a recipe for winning games in the CFL.

This is a hugely important game with regards to the standings.

While the Lions and Bombers have both already clinched a playoff spot, they could still finish anywhere from second to fourth.

BC, with a game in hand, has four games remaining. A win puts them in the driver’s seat to host a playoff game for the first time since 2012.

A loss would put Winnipeg ahead of BC, and give the Bombers the season series, which could come into play should the teams end the season tied.

Will fans show up?

I’m tired of the excuses. Sports fans in Vancouver need to show up and support this team. Besides, football hasn’t been exciting in our city like this for years.

The Lions are averaging 20,111 attendance through six games this year at BC Place, a far contrast from three years ago when they were able to bring it 28,000+ consistently at the gate.

Tonight’s game is Tackle Hunger night at BC Place. Fans are encouraged to bring non-perishable food items or cash donations to help support the Vancouver and Surrey Food Bank. Fans that bring donations will also get the chance to have their picture taken with the Grey Cup.

23-17 BC. This time around, expect both squads to have a better read on each other defensively, which will ultimately result in a lower-scoring affair. BC’s defence gave up way too many big plays over 20 yards last week, so expect defensive coordinator Mark Washington’s secondary to tighten up and lock in better tonight.