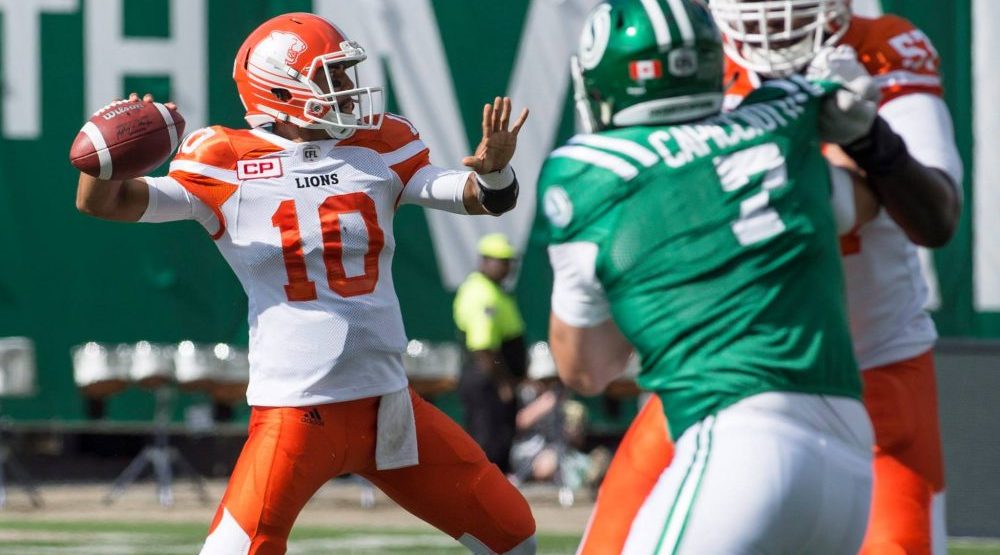 On Saturday afternoon, the whole CFL will say goodbye to Mosaic Stadium at Taylor Field.

The Lions are in good spirits for this matinee matchup, coming off a huge 25-22 win last weekend in what was easily their best attended game at BC Place.

At 10-6, the Lions hope to win their last two games of the season, both against their long-time rival Roughriders. A home playoff game is still up for grabs in the West division for BC, and the road to one continues this evening.

“We’re gonna make some waves these next few weeks.”@RealBBurnham on the mood and expectations heading into Regina Saturday🏈 🦁 #BCLions pic.twitter.com/VoIenbhmv8 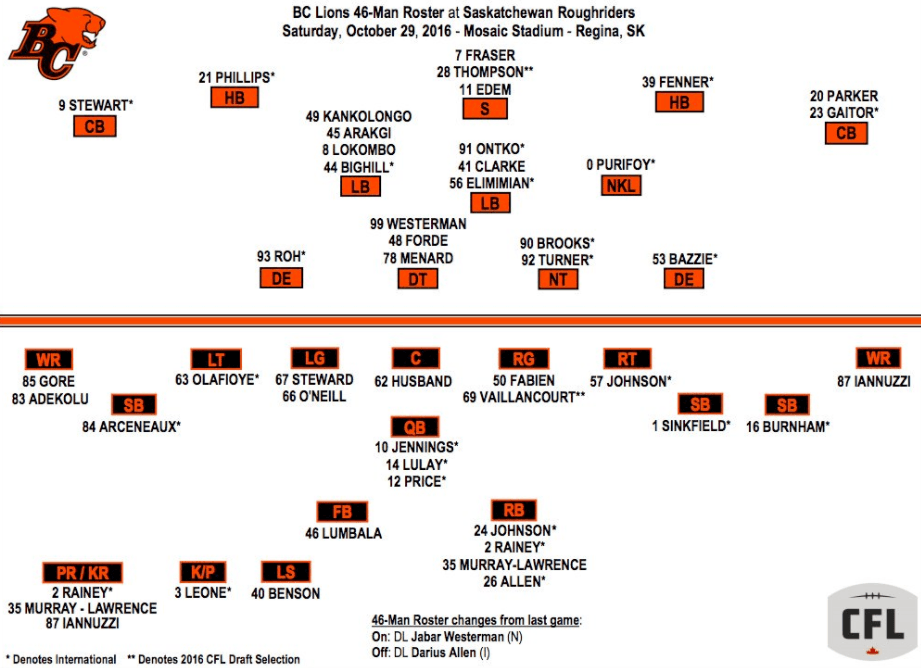 BC and Winnipeg are in a battle for second in the West, and the right to host a playoff game. The Blue Bombers hold the tiebreaker, so BC will need to pass them in the standings.

Winnipeg has back-to-back games against Ottawa, while the Lions play Saskatchewan twice. The Bombers and RedBlacks are the first half of the TSN doubleheader, at 1 pm PT.

Although fans have had to endure another disappointing season in Riderville, pride on the line until the bitter end.

The Riders have a 5-11 record, but have won four of their last five games with quarterback Darian Durant finally healthy again.

Fans attending the last game at Taylor Field will surely be fired up for this one. The sea of green in the stands could easily propel Saskatchewan to yet another upset in what will be an emotional contest.

Sakstchewan’s below average defence faces a really stiff test however, as Lions receivers’ Brian Burnham and Manny Arecenaux rank #1 and 2 in tough catches this season, according to TSN’s CFL statisctian, Derek Taylor.

Goodbye to the start every second game philosophy? Maybe so.

Head Coach Wally Buono will elect to give the rock to Jeremiah Johnson yet again, meaning Anthony Allen will sit again.

Johnson hasn’t been anything special in his last three games combined, but did rush for 108 yards in BC’s latest match, so this may be a bit of a chain reaction from the coaching staff.

It will interesting to see who starts come the postseason, and the next two games might determine that.

Johnson has averaged 5.9 yards per carry in nine games this season for  a total of 668 yards, while Allen has gone for 5.0 in seven games for 436 yards.

Home of the Saskatchewan Roughriders since 1910, Taylor Field has hosted three Grey Cups, and has undergone many upgrades.

Legends such as George Reed, Dave Ridgway, and Ron Lancaster made Taylor Field famous. Nonetheless it’s 2016, and there’s only so much you can do with an 106-year-old building.

Enter new Mosaic Stadium right across the street in 2017, which has undergone a construction cost of over $275 million. Unlike the old stadium, the new design makes sure that spectators will be shielded by a partial roof around the much of its rim. It will seat 33,000 spectators, and can be expanded up to 40,000 for Grey Cups.

I have plenty of memories watching classic games involving the Lions in Regina, a bunch of them playoff ones.

A regular season matchup back in 2007, may have taken the cake however.

27-23 Saskatchewan. The Lions are easily the better team on paper, but this is going to be a hyped up crowd that BC will have to fend off. Expect the Lions to be rattled early, and for a second-half comeback to fall just short as Saskatchewan continues their late season winning ways.