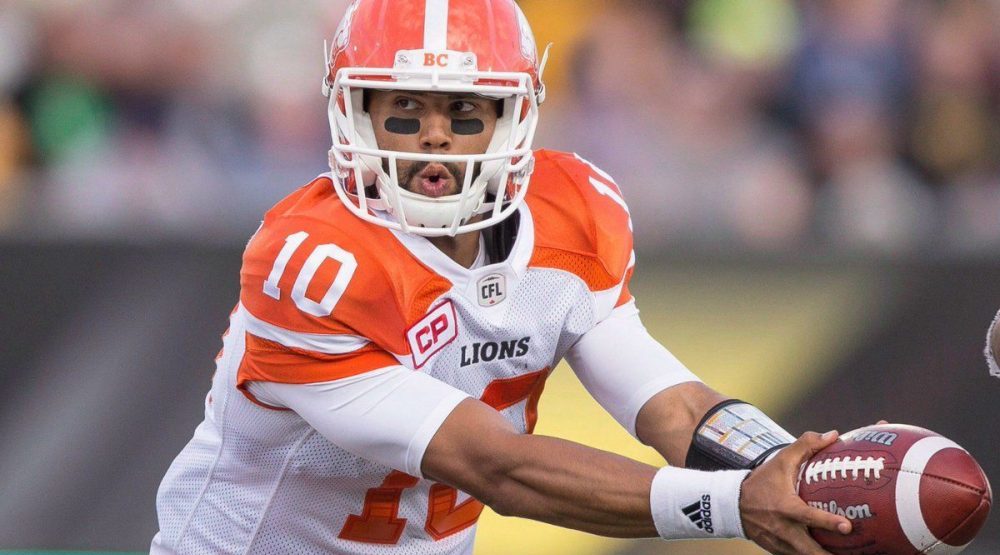 It’s game day for your BC Lions as the 8-4 Leos look to get back on the winning board after a tough loss in Edmonton last week. BC is in for a tough test Saturday, as they square off against the East Division leading Ottawa RedBlacks in the den.

Ottawa is coming off a 29-12 routing of the Argonauts in Week 14, and is looking for redemption against a Lions team that got the best of them in a thriller back in late August.

Tonight marks the final regular season contest against an East Division team this season. A victory would give the Leos a 7-1 record against Eastern opponents .

BC will change it up with their uniforms, sporting their away white jerseys with orange pants and helmets. As a result, Ottawa will be in their regular home black.

Here’s what you need to know for tonight’s game. 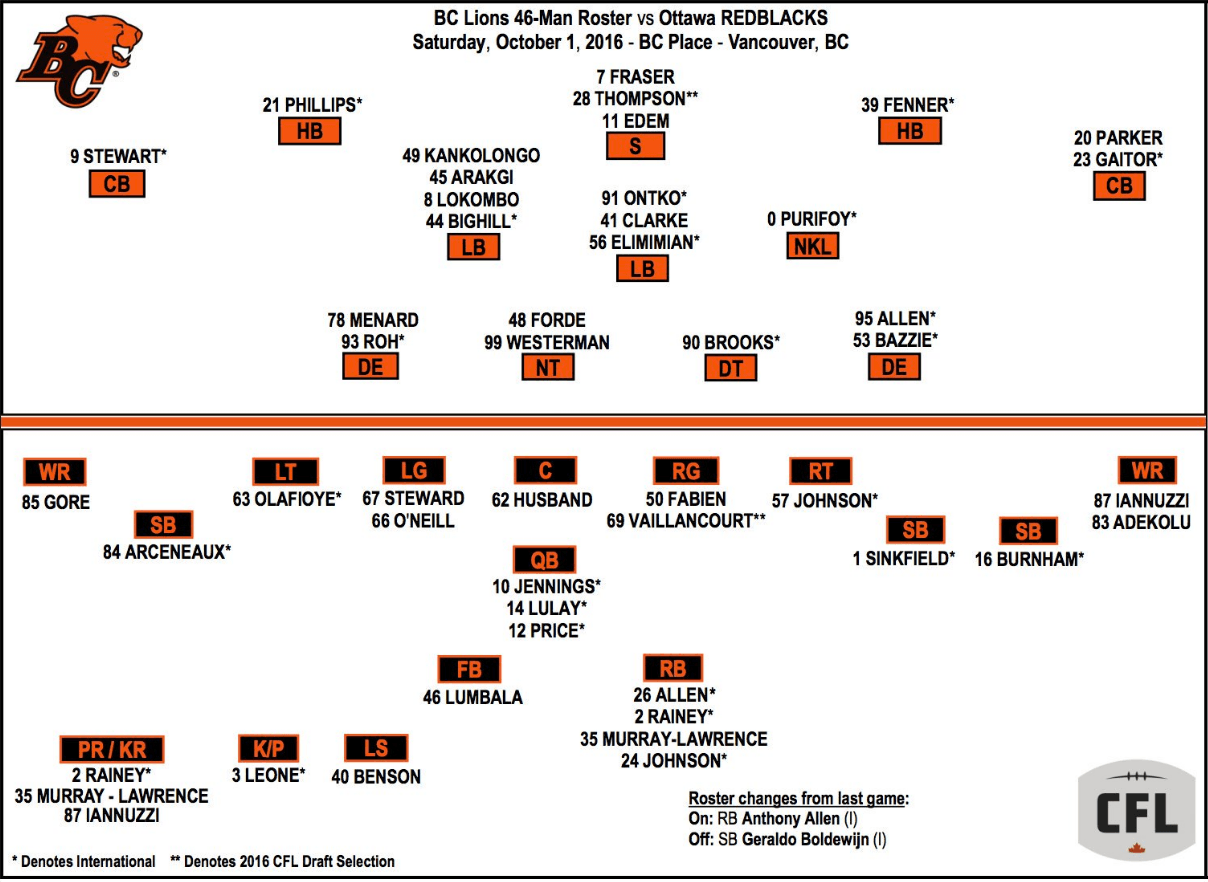 Staying with the recent philosophy of keeping the running backs fresh, Anthony Allen gets the nod this week after sitting in favour of Jeremiah Johnson last Friday in Edmonton. The last time they made this kind of switch, Johnson ran for 159 yards in three touchdowns, the highest total yards running by any CFL player in a game this season.

Allen ran for 76 yards on 13 carries in BC’s previous meeting with Ottawa. The Lions lead the entire league in rushing yards, averaging 106.9 per game. The RedBlacks counter, boasting the number one run defence in the league.

While the Lions have already come out with a win over the RedBlacks this year, Jonathon Jennings was sacked six times in that game, and that’s no recipe for the young pivot to perform in the pocket to his best ability.

Jennings went down twice in the latest Edmonton loss, which included a critical second and goal sack that forced BC to settle for a field goal and only a two-point lead in the late stages.

Penalties killed the Leos last week. In total, BC was flagged 11 times for 110 yards, leading to stalled drives and points left off the board. I’m a firm believer that repeatedly settling for field goals in this league will ultimately lead to losses, and the Lions learned the hard way last week.

Expect the winning team in this match to be the most unpenalized.

📽 “The line of scrimmage determines whether you win or lose.”@GM_Brillo expects O-line to bounce back against Ottawa!💪 🏈 🐾#BCLions pic.twitter.com/WXi5szhXGy

30-21 BC. I like Jonathon Jennings at home against Trevor Harris and the RedBlacks who have had a rocky season, despite currently ranking first in the East. Anthony Allen takes over the game in the second half, and eats up the time of the possession in the process.