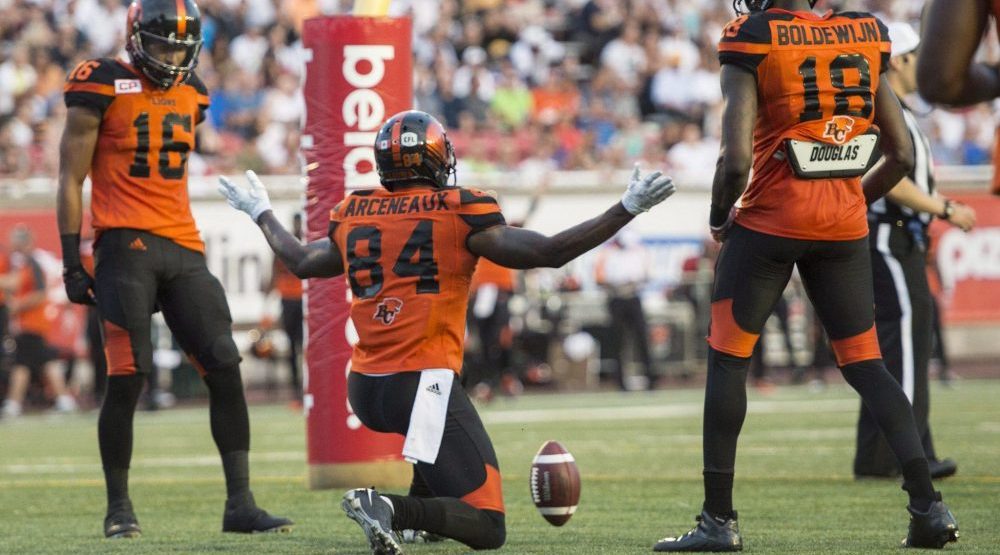 Saturday the 4-2 BC Lions return home for the first time in over a month, hosting the 3-3 Hamilton Tiger-Cats on Saturday. 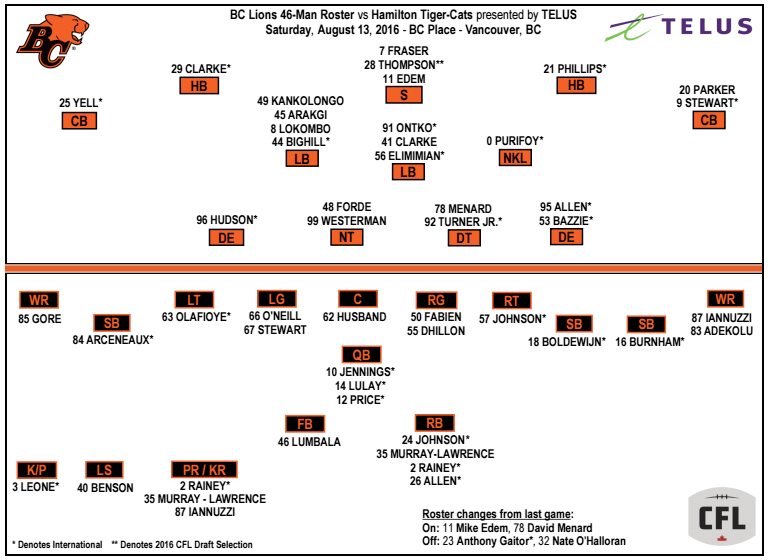 Lions fans are encouraged to arrive early on Saturday as the first 5,000 people through the gates will receive an Adam Bighill bobblehead. Saturday’s game also marks BC Lions Wall of Fame inductions for slotback Jason Clermont, as well as offensive tackle Cory Mantyka.

Mantyka spent his entire 13-year CFL career in a Lions uniform, and was named a CFL Western All-Star in 2003. He was a part of the Lions Grey Cup victories in both 1994 and 2000.

Clermont’s accomplishments in BC include being named the CFL’s Most Outstanding Rookie in 2002, Most Outstanding Canadian in 2004 and 2007, as well as the Most Valuable Canadian at the 2004 Grey Cup. Clermont captured a Grey Cup championship with the Lions in 2006. The Regina native was a fan favourite in Vancouver mostly because of his ability to put his body on the line for every catch he made, or didn’t make.

Check out these clips for proof.

Now let’s get to the need-to-knows for Saturday’s East versus West tilt.

He’s back. Hamilton QB Zach Collaros hasn’t played since suffering a serious knee injury last September, which turned out to be a torn ACL. Collaros was limited in training camp back in June, but has since fully recovered and is ready to make his 2016 season debut Saturday at BC Place.

The Ticats held a marvellous record of 8-3 under the helm of Collaros last season, who at the time, was leading the CFL in passing yards, touchdowns, and a passer rating of 113.7 with an impressive 70.2 completion percentage before he got hurt. Collaros guided Hamilton to a Grey Cup appearance in 2014, narrowly losing out to the Calgary Stampeders.

Collaros will be opposed by currently the most exciting QB in the CFL, however. His name, is Jonathan Jennings. Led by Jennings, the Leos offence is averaging 30.2 points per game, second only to Ottawa. Jennings has completed 64.5 per cent of his passes for 1,742 yards with 13 TDs against just four interceptions. Most notably, he has thrown for 1,134 yards in just B.C.’s last three games.

On Wednesday, the Lions Twitter account held an #AskALion session for both linebacker Solomon Elimimian and Adam Bighill, also known as Team 100.

Have a question for Team💯? @SolomonE56 & @Bighill44 will be answering YOUR Qs TOMORROW!
Send ‘EM in using #AskALion🐾 pic.twitter.com/5ZMoW7MIM0

Fellow LB Simoni Lawrence had a question on his mind for the two former defensive player of the years.

Who’s the best linebacker in the league and why ? #askalionhttps://t.co/ZigvH4j9x9

Elimimian didn’t hold back with his answer, making sure to throw a little friendly jab at Lawrence.

It’s too bad that Elimimian and Bighill won’t be on the field at the same time as Lawrence. Still, it’s going to be fun to see the top three linebackers in the league all in the same building. Only time will tell if Team 100 or Lawrence performs better.

Both Chris Rainey and Brandon Banks make for a special teams nightmare when returning kickoffs or punts. They’ve each had stints south of the border, and are ex-track stars (Rainey at Florida, Banks in high school).

Banks currently leads the league in kickoff yardage, while Rainey ranks number one for the most return touchdowns in 2016. Don’t be surprised if either one of them cuts one loose.

30-24 BC. Collaros’ return is spoiled as Jennings continues his masterful passing ways. The Lions receive a nice crowd for a change as well.