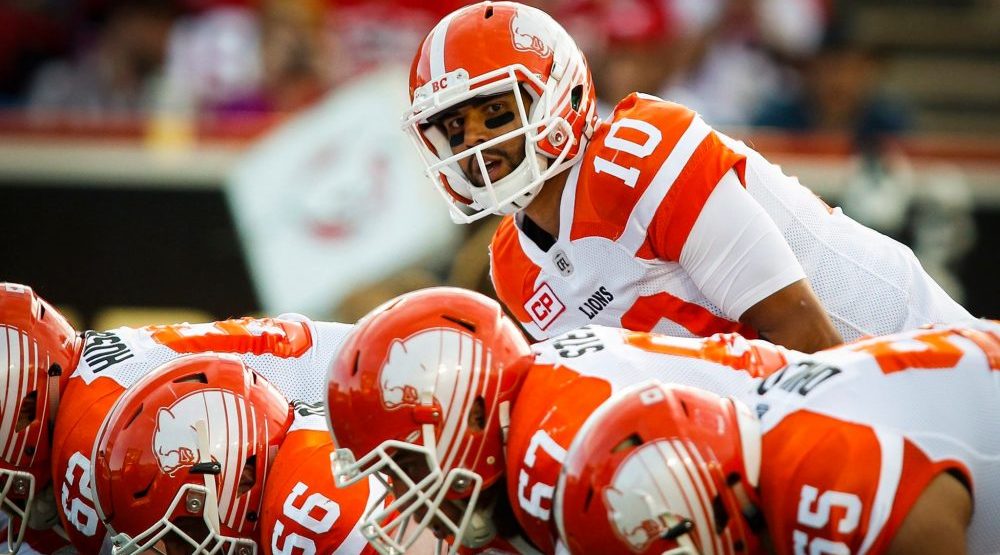 Coming off the last bye week of the season, the 8-3 BC Lions head to Commonwealth Stadium to take on the defending Grey Cup champions.

The Edmonton Eskimos have struggled with a considerable Grey Cup hangover, holding an unsteady and inconsistent 5-7 record. Life after Chris Jones’ tenure has been rough for the Eskis. Their defence ranks as below average, and although Mike Reilly leads the CFL in passing yards, it hasn’t been enough to catapult Edmonton into contender contention. 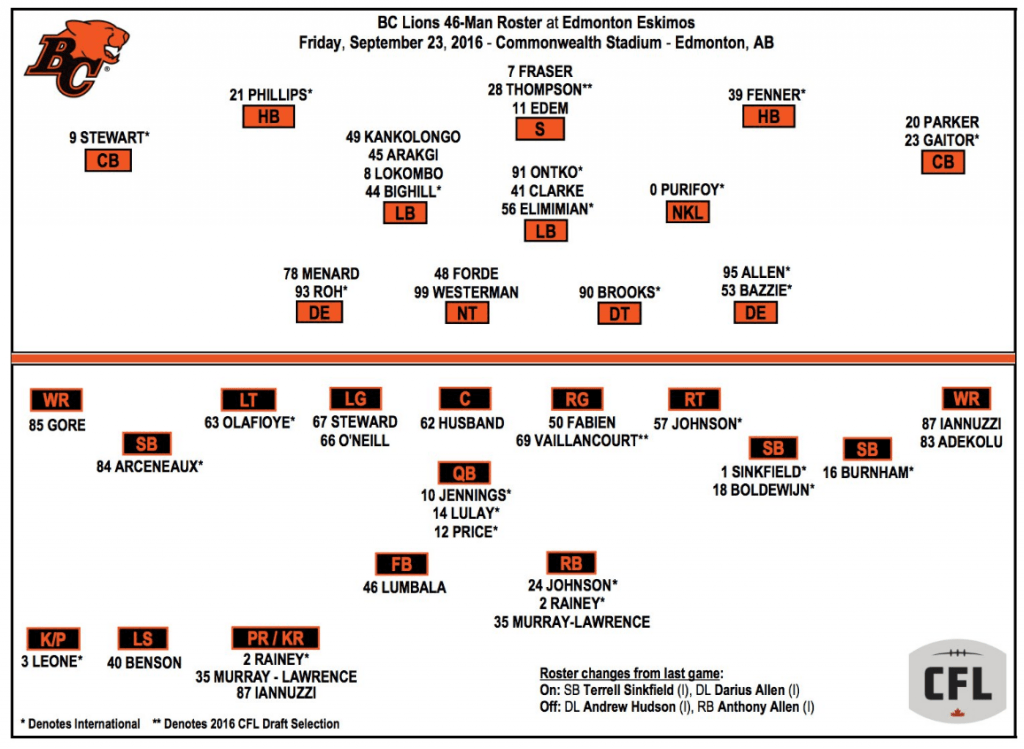 Welcome to the Den, Terrell Sinkfield

Earlier this week, the Leos added depth to their receiving corps by signing former Northern Iowa receiver Terrell Sinkfield. At 25 years of age, Sinkfield has spent the bulk of his professional football career bouncing around in the NFL, but he also carries a little bit of CFL experience as well.

In 2014 during the Hamilton TigerCats Grey Cup run, Sinkfield helped lead the Ticats to the Grey Cup game, with his speed and elusiveness. He caught 10 passes for 120 yards and had 613 return yards and a touchdown in just seven games with the Tabbies, averaging over 100 all purpose yards per game.

For now, Sinfield will replace slotback Geraldo Boldewijn as a starter in the lineup.

Coach Bellefeuille on addition of @Solo_Sink2 to the receiving corps! 🏈 🦁 pic.twitter.com/50sqM8EThG

Who’s running for BC?

In Week 12 against the Montreal Alouettes, Jeremiah Johnson started for the Lions and had quite the performance. Johnson ran for a career-high 159 yards and three touchdowns on 16 carries. Although the Lions like to mix it up in terms of who’s starting each week, it’s hard to argue against Johnson getting the nod for the second straight week.

Johnson is averaging 6.2 yards a carry in 2016, ranking first in running backs who’ve had at least 75 carries this season.

With Steven Clarke and Ronnie Yell both banged up in the Lions young secondary, Chandler Fenner will replace Clarke at the halfback position, and Gaitor will relieve Yell at cornerback. Fenner appeared in 44 games over four years at Holy Cross from 2008-2011, while Gaitor continues to quietly thrive in his first CFL season at the age of 27.

Unfortunately for Gaitor and company, reigning Grey Cup MVP Mike Reilly throws to the top-2 men in receiving yards: Adarius Bowman and Derel Walker. Bowman and Walker have combined for 13 touchdowns this season, and have already well surpassed the 1,000 receiving yard plateau. In fact, 2,000 wouldn’t be out of the question for the veteran Bowman. You can argue that a lot of that credit can be given to Mike Reilly, who has given the 31-year-old Tennessee native the best three years of his fairly lengthy CFL career, starting in 2014. Bowman has been named a CFL All-Star ever since.

📽 “He’s a gunslinger. One of the toughest QB’s in league.”

Eskimos 31- Lions 24. Although BC is 7-1 coming off a bye week since 2011, look for Mike Reilly and company to expose the Lions’ injury ridded defence, putting points on the board early. Jonathon Jennings will lead a Lions comeback in the second half, but the hill will end up being too high to climb.