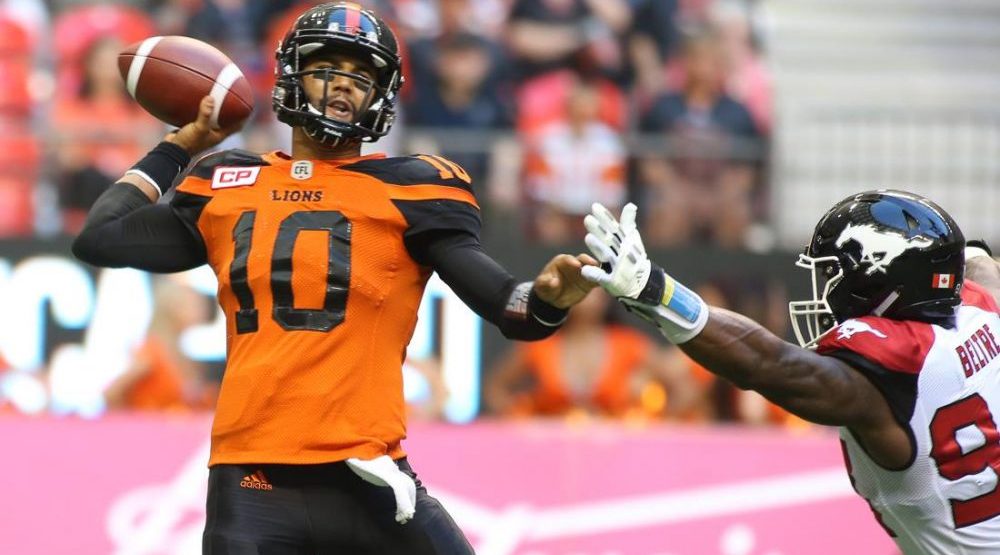 What a game last week for your BC Lions, and what a tilt we will have on our hands on Friday night once again at BC Place.

Coming off an exciting 45-38 win over the Hamilton Tiger-Cats last Friday, the 5-2 Lions face the 5-1-1 Calgary Stampeders in easily the most highly anticipated game of the year. This will be the rubber match against the two West rivals, with the winner taking the season series and the tiebreaker if both BC and Calgary finish with the same record by the end of the season. High stakes, indeed. 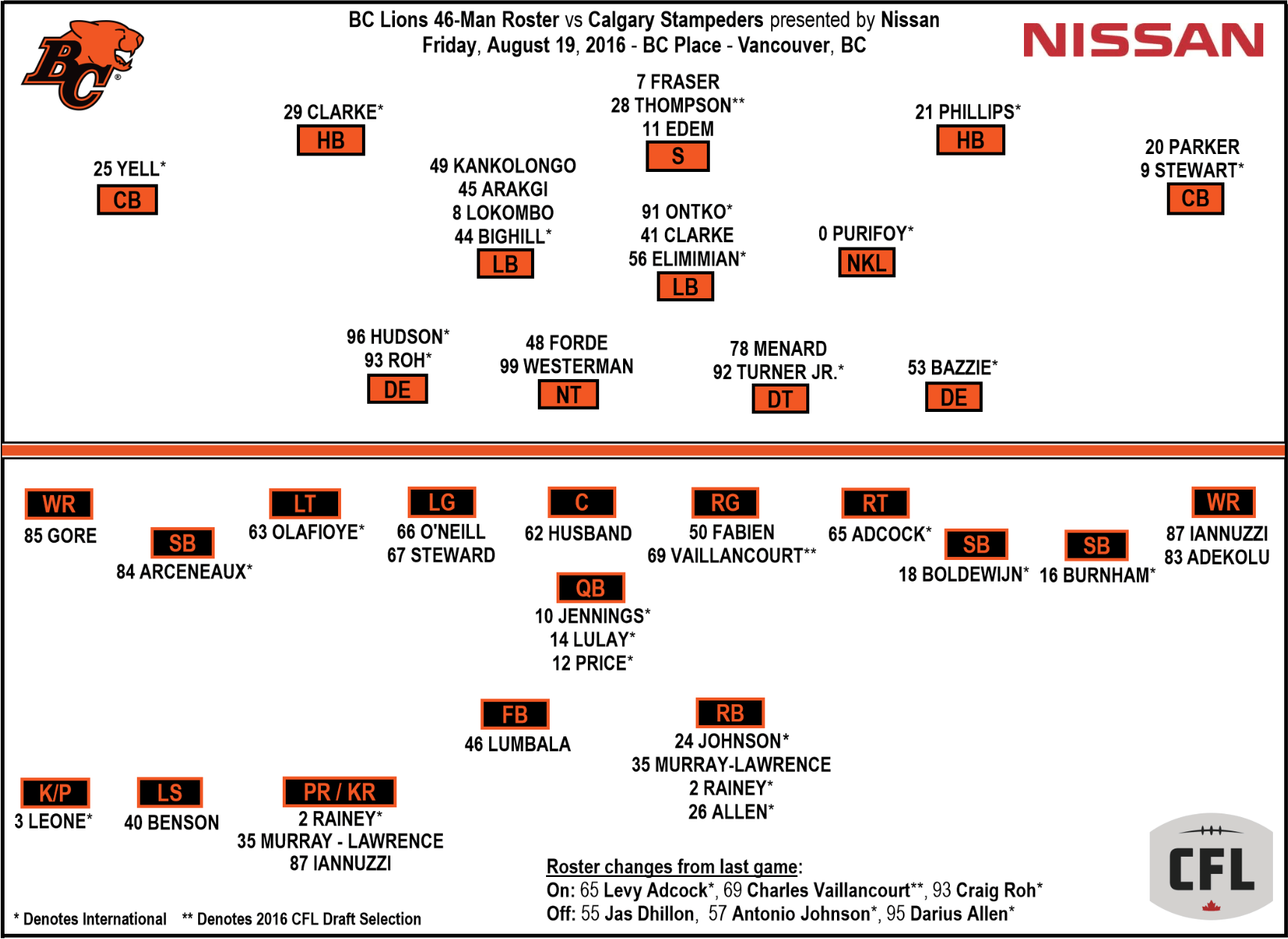 This game features the two highest scoring teams in the CFL. The Lions have scored 164 points in their last four games, a feat they haven’t reached since August of 2004. Lions fans can thank rising star Jonathan Jennings for that.

The Lions’ second-year QB starter extended his consecutive games streak with 300+ passing yards to four in a row in the late win last week. Jennings is two short of the club record of six straight games at 300+ set by Doug Flutie in 1991.

📽 “The goal is to be 1-0 every week.”@JJ_Jennings10 on the mindset for first place clash with @Calstampeders 🏈https://t.co/ferqUzUzzd

QB Bo-Levi Mitchell, on the other hand, is now 33-7-1 in his first 41 CFL starts for an absolutely ridiculous .817 winning percentage. Mitchell had his 21-game run with a TD pass ended by the Riders in Week 8, but is well on his way to contending for his first ever Most Outstanding Player Award.

Running back Jeremiah Johnson will be starting for the Lions for the third straight game. Johnson really closed out the Lions’ Week 1 comeback victory against Calgary, making the most out of his limited carries late in the fourth quarter.

Johnson will be opposed by Jerome Messam who really struggled in that game, but has been on a tear ever since. Messam is second in the rushing lead, averaging 61.6 yards per game. That is quite the achievement considering how the running game has started to trend to extinction in the CFL.

Offensive tackle Levy Adcock will make his long-awaited debut in the orange and black. The former first-team Big 12 selection in both 2010 and 2011 went down with what was initially thought to be a simple stomach virus during the Lions training camp in Kamloops just two months ago.

The lung was eventually infected, collapsed, and resulted in the loss of at least 20 pounds and the first seven regular season games with the Lions. Adcock has experience in the CFL, making 13 starts for the Saskatchewan Roughriders back in 2014. He will replace Antonio Johnson, who did a fine job in relief of Adcock to start the year.

BC’s 2016 first round draft pick in Charles Vaillancourt will also return to the lineup as a backup behind right guard Kirby Fabien, but a starter on the short-yardage unit. The rookie and 329 pounder Vaillancourt has been healthy for the last couple of weeks, recovering from a concussion.

Stud interior defensive lineman Mich’ael Brooks will be given another week to rest his ankle sprain, which is good news for his fill-in, Bryant Turner. Craig “Death” Roh is also back to reclaim his defensive end spot which had been occupied the last two weeks by rookie Andrew Hudson. Hudson has the potential to be a real solid mainstay on a CFL offensive line in the future, but Roh’s presence is something else. He has two sacks on the year in five games played, and really sets the tone alongside defensive end Alex Bazzie in the trenches for the Leos.

Should be over 25,000. The Lions have yet to reach 22,000 yet this season which should improve considering the level of excitement this team has brought to the city, in contrast to the last three years of utter disappointment (*shudders*).

The Lions turnout of 21,213 last week was shocking to me considering the level of noise those fans brought, and I can’t help but think about the possible amount of craziness a few more thousand fans could pump into the stadium.

Staying in the comfort of your own home and watching the game on TV might have been the more sensible option last year, but this year feels different. Go out and experience it for yourself.

30-28 BC. Although Dave Dickenson’s Stamps have been playing a great brand of football lately, the Lions are simply a more talented team at this point. BC gave away a win to Calgary in Week 6 when they had a 15-point lead with four minutes to play in the fourth quarter, which was ultimately choked away. That won’t happen this time, however. The Lions are a smarter team now thanks in large part to head coach Wally Buono’s reputable mindset.

The Leos will take back first in the West on Friday night.