After an entertaining 4-2 win in San Jose on Saturday night, the Canucks visit the Kings and will be without another two regulars as both Henrik Sedin and Chris Tanev were injured against the Sharks.

Coach Desjardins had no update on the injuries to either Henrik Sedin or Chris Tanev, but doesn't expect Henrik available Monday in L.A.

We shouldn’t really be surprised; after all the team has been plagued by injuries all season. The injuries have never really let the Canucks get on track and any conceivable chance of making the playoffs ended when Brandon Sutter and Alex Edler got injured on February 10.

The Canucks are 1-1-1 against the Kings this season, with two of these games ending in shutouts. The Kings are battling the Anaheim Ducks for the Pacific Division crown, and are coming off a penalty-filled 3-2 loss to the Ducks on Saturday night.

The Kings are tied with the Ducks for the NHL lead in goals against with 146 goals in 64 games. Meanwhile, the Canucks are 28th in the NHL in goals for. That’s not a good combo. 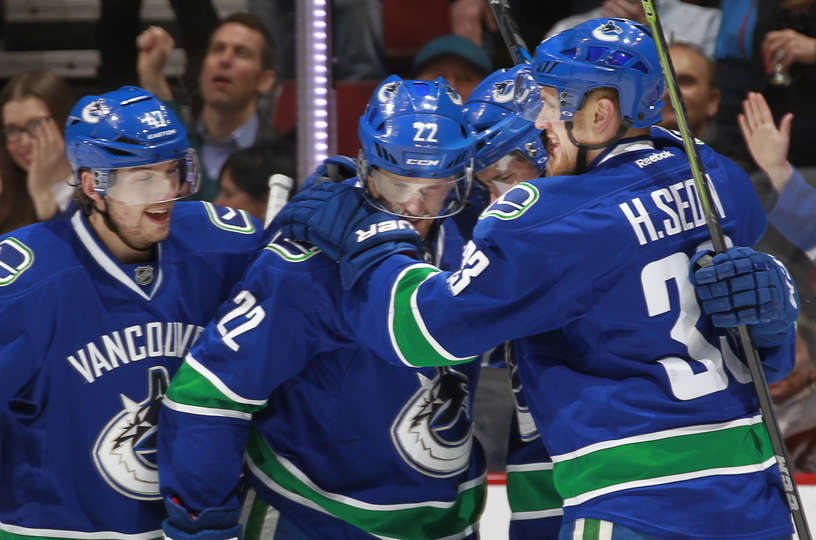 Looking ahead to next season, the Canucks will have many forwards vying for spots on the team. Under contract are the Sedins, Alex Burrows, Brandon Sutter, Derek Dorsett, Jannik Hansen, Bo Horvat, Jake Virtanen, Jared McCann, and Chris Higgins (although he’s in Utica). Let’s presume that 2 or 3 of the RFAs (Linden Vey, Markus Granlund, Sven Baertschi, and Emerson Etem) are re-signed. And let’s not forget Brendan Gaunce, Alex Grenier, and maybe Alex Friesen in Utica.

That’s 15 or 16 forwards. Even if you discount Higgins and McCann (who will be in tough to make the team given there are four other centres ahead of him on the depth chart), that’s still 13 or 14 forwards. And that doesn’t even include any free agent signings.

So you can see that something’s going to give.

Perhaps the Canucks trade away a couple of these players either at the draft or in the summer.

It will be interesting to see what happens, even this year. Will the Canucks bench a few veterans to get a better look at the youngsters and RFAs? We’ll find out over the next month.

The two most intriguing defencemen this season have been rookie Ben Hutton and veteran Dan Hamhuis. The former for his surprisingly strong campaign and happy-go-lucky attitude, the latter for his contract status and speculation leading up to the trade deadline.

Hutton is the Canucks’ top scoring d-man, and he has quietly amassed 21 points this season – with half of them coming since mid-January. With all of the injuries on the back end (namely to Hamhuis, Edler, and Sbisa), he has played the third-most games (behind Tanev and Bartkowski) and has seen his ice team steadily increase over the course of the season.

Ben Hutton reveals what life is like on the road for a rookie.https://t.co/Ww4VrsXqHX

Hamhuis has played well since returning from his broken jaw that kept him out of the lineup for almost three months. He has been his usual consistent self, even contributing a goal last game.

Hamhuis: “It’s been a while. It was nice for one to go in, especially one that made such a big difference tonight.” pic.twitter.com/A5XlONziBu

Will he take another hometown discount to stay with the Canucks next year? And how interested are the Canucks?

I seem to be asking a lot of questions today. 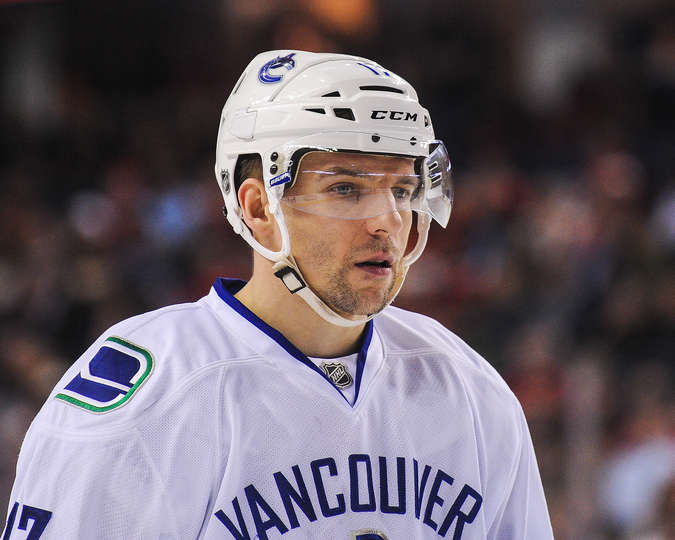 Radim Vrbata returns to the lineup tonight and it will be interesting to see how he plays over the next month.

His poor season resulted in very little interest from other teams at last Monday’s trade deadline. Surely this can’t be good for Vrbata’s ego, and now he’s left to play out the last few games of his contract.

Logic dictates that he plays his absolute best to help his market value (Vrbata becomes an unrestricted free agent on July 1). To this date, however, he’s looked uninterested and uninspired.

A healthy – and motivated – Vrbata would be a bonus to the team’s youngsters, and obviously help out his own cause.

Vrbata and Weber draw in for Henrik and Tanev. Linden Vey will be on the first line, reunited with Etem and getting a chance to play with Daniel.

Miller returns to the crease.

On paper, this is a mismatch and it could very well be the same on the ice.

But something tells me that the unpredictable Canucks will come up with a gritty and inspired effort against the black and silver and pull out a surprising 3-2 win.

And if not, there’s a decent consolation prize: an even better chance at winning the Auston Matthews draft lottery.