The Canucks make the quick trip down the California coast to take on the Anaheim Ducks after snapping their nine-game losing streak with a surprising 4-2 win over the Sharks in San Jose last night. Now they look to win consecutive games for the first time since March 12 when the beat the Nashville Predators 4-2 three nights after being the Arizona Coyotes 3-2.

That Predators win was also the Canucks’ last victory before their marathon losing streak started.

The Canucks have split their four games with the Ducks this season, with the most recent contest being a 5-2 loss in Vancouver.

The Ducks are battling the Los Angeles Kings for the Pacific Division crown and they sit one point behind the Kings with one game in hand. After a bad start to the season, the Ducks have been the league’s best team since Christmas. They come into tonight’s game having won their last three games and five of their last seven.

“We still have a lot of pride and we play every game to win” – Hansen #Canuckshttps://t.co/bKyDzvkRwa

The Canucks put in a solid effort last night although they were out-shot and out-hit. Ryan Miller played well, as did the Sedins and Hansen. Ditto for Bo Horvat and Brendan Gaunce. Chris Tanev’s return instantly made the blue line more formidable even though there was still Matt Bartkowski.

Bartkowski was checking the invisible Sharks player on the tying goal. #Canucks pic.twitter.com/mAS5G1Cbrs

Seriously…what was Bartkowski doing on this play?

I’ve been worried about the effect this recent losing streak might have on the Canucks’ younger players. While it’s nice that they’re getting an opportunity to play, you don’t want them to get too used to losing. One guy who still seems to be having fun is Ben Hutton. Either that or he’s happy that Bartkowski is getting off the ice.

Hutton even finds joy in opening the bench door for teammates. #Canucks pic.twitter.com/hQIjz21XRi 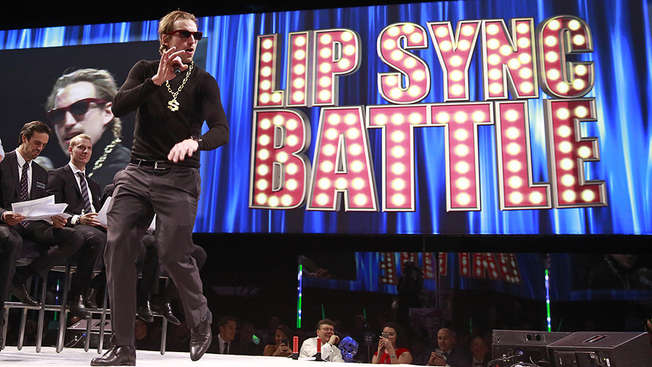 Forward Sven Baertschi left last night’s game in the first period on an innocent looking play in front of the Sharks net. As he was pivoting in the crease, he seemed to tweak something in one of his legs.

Coach Desjardins did not have an update on Baertschi, said he’ll be looked at Friday. If he can’t go, a D-man will play forward. #Canucks

While we don’t know the full status of Baertschi right now, it would be a shame if he has to miss the rest of the season. He’s been one of the few bright spots on the team this season, tallying 28 points (15 goals and 13 assists) in 69 games. He’s played well with both Bo Horvat and Markus Granlund as his centres.

If he can’t play, it will be either Andrey Pedan or Yannick Weber drawing into the line-up. Both have played as a forward before.

With their win last night, the Canucks vaulted over the Columbus Blue Jackets in the standings and sit at 27th overall. From a points and games perspective, they are tied with the Winnipeg Jets and are just one point behind the Calgary Flames. 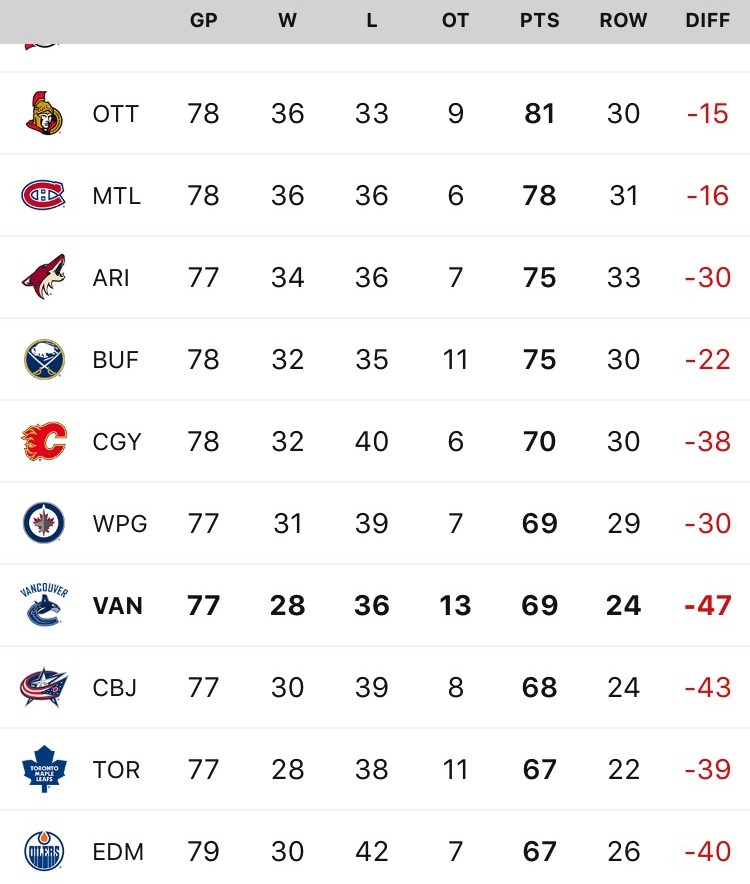 While we know that the Canucks will finish anywhere from 25th to 30th overall, their final placing will likely come down to their last three games of the year: two versus Edmonton and one against Calgary.

When the Canucks sealed last night’s win, both my home and the Twittersphere were places of confusion and mixed emotions. For every person cheering the Canucks win and end to the losing streak, there was another person proclaiming that the Canucks are messing things up as we look ahead to the June draft.

We’ll have to wait until the pre-game skate to know for sure, but expect Yannick Weber to play forward tonight if Baertschi if he isn’t able to play.

Jacob Markstrom has been alternating starts with Miller for a while now, and will get the start in net.

The Ducks are hot right now and closing in on first place in the division. The Canucks are playing the second game of a back-to-back and on the road.

One team has 96 points while the other has 69 points.