The Canucks return to Rogers Arena for a special early evening Easter Sunday matchup against the once rival Chicago Blackhawks.

Vancouver was shut out 4-0 by the St. Louis Blues on Friday night, but face a Chicago team tonight that is not exactly firing on all cylinders.

The Blackhawks are the defending Stanley Cup champions and they are also a team facing some significant adversity. Chicago currently sits 3rd in the ultra-competitive Central Division and they are in danger of dropping into a wildcard spot with the Nashville Predators nipping at their heels.

The Canucks are getting a visit from the Blackhawks at an opportune time. The Hawks are 3-5-2 in their last 10 games, played last night and won in Calgary (4-1), and, inexplicably, decided to start Scott Darling after starting less than 24 hours ago. Advantage Vancouver!

The rivalry is not anywhere near what it used to be, but it is fun to think there is a shred of that hatred still left between the two teams.

The Blackhawks are led offensively by Patrick Kane who leads the league in scoring with 92 points (the next closest is Jamie Benn with 83 points) and is a front-runner for the Hart Trophy. Lineman Artemi Panarin has shown chemistry with Kane from day one and will very likely win the Rookie of the Year Award (Calder Trophy). This Blackhawks team has an embarrassment of riches from top to bottom of their lineup. 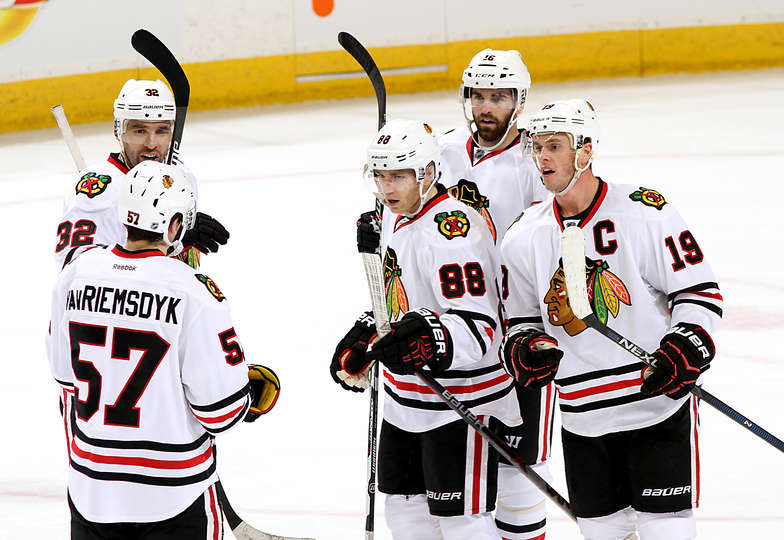 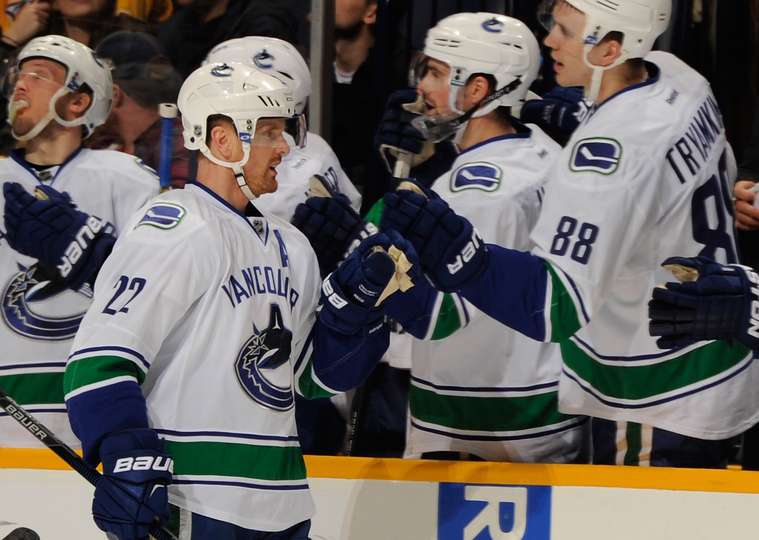 Remember when we took it for granted that the Canucks could outscore teams?

It is a distant memory when the Canucks were an offensive juggernaut. At present, Vancouver has been shutout 4 of the last 5 games and absolutely need to start burying their chances. The Canucks are offensively challenged, no doubt, but this goal scoring drought has reached epic proportions.

A large majority of fans may not be too bothered about the current losing, but the lack of goal scoring is a bit much to take.

Let’s be honest. The Canucks may not be the team they once were offensively, but no team is this inept. Look for the Canucks to start scoring with more regularity as they play out the string of games to end the season.

Alex Burrows once “slayed the dragon!” Now he is just trying to stay in the lineup of a team that he desperately wants to continue to play for.

His contract may seem like an overpay now (Burrows is actual only owed $3 million in the last year of his deal), but let’s not forget that for years Alex Burrows was one of the most productive players under the terms of an extremely team friendly contract (his previous deal was for 4 years with an annual cap hit of $2 million). Burrows has given his all to the Vancouver Canucks and perhaps tonights game against the Blackhawks should serve as a reminder of all the many amazing moments he has brought to the fans over the years.

Believe it or not, Ryan Miller has had nothing short of a renaissance season this year. According to Nick Mercadante – Omar wrote a nice piece on Nick’s work for VancityBuzz in February – Miller ranks 4th in the league in goaltender performance amongst those goalies considered true starters. Only Henrik Lundquist, Steve Mason, and Corey Crawford have been more effective than Miller.

While this Canucks season is certainly one to forget, the performance of Ryan Miller behind a very weak Vancouver team should be lauded. Miller and, equally so, Jacob Markstrom have provided nothing, but solid goaltending throughout the season.

You may disagree with Miller’s signing or the terms of his deal, but there is very little evidence to suggest that he hasn’t held up his end of the bargain.

Ryan Miller will be back in the net for the Vancouver Canucks with Jacob Markstrom taking the loss on Friday night. Look for the lineup to be the same as the one we saw on Friday night against the Blues.

As always, we will update with any changes.

The Canucks stink right now and absolutely cannot score a goal to save their life. The Blackhawks aren’t exactly setting the world on fire themselves, but they are still a force to be reckon with. Never fear! If the Canucks were ever to break out of their goal scoring funk, tonight is the night.

The Canucks win 6-2 against the Chicago Blackhawks and for a brief moment memories of the past intense rivalry come rushing through.