B.C. Ferries’ existing service between Descanso Bay on Gabriola Island and Nanaimo Harbour is here to stay for the foreseeable future.

A feasibility study undertaken by the provincial government has determined that a fixed link from Vancouver Island to Gabriola Island, about 4.5 kilometres east of downtown Nanaimo, is financially unfeasible.

According to the report, a number of bridge and road network routes were considered, with options pegged at a cost from $258 million to $520 million. A business case was based on the average cost of $359 million, but the Ministry of Transportation says such a cost will outweighs the user benefits.

There would be a net present value of -$113.3 million against the average cost of building a bridge, which would attract 5,000 vehicle trips per day by 2044 – up from 900 vehicles today with the existing ferry service.

Gabriola Island has a population of only about 4,000 people, although this figure doubles during the summer months.

“There is simply not enough compelling evidence to proceed with further work on a fixed link to Gabriola Island,” said Transportation and Infrastructure Minister Todd Stone in a statement. “This study shows that continuation of a coastal ferry service for Gabriola Island residents is the best way to achieve that goal.”

The feasibility study on the fixed link was launched in September 2014 after Gabriola Island residents petitioned the provincial government to explore the technical and financial merits of such a project.

At the same time, government planners are also studying the feasibility of a tunnel or bridge route across Howe Sound from the Sea to Sky Highway to the Sunshine Coast. The findings of the study are expected to be released by early 2017. 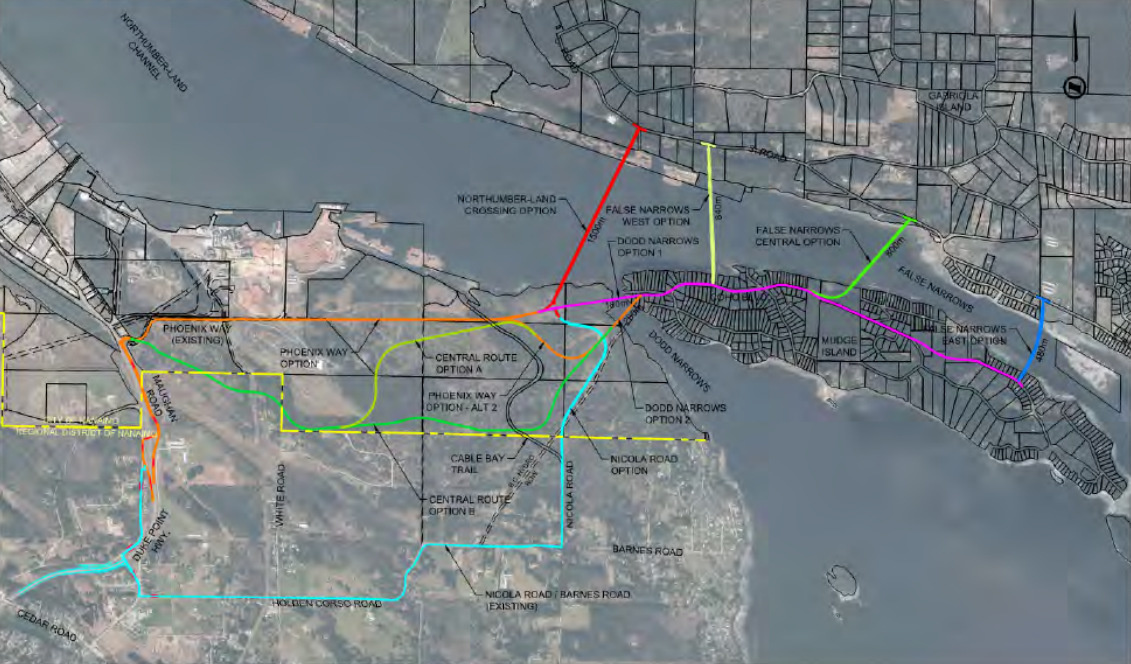