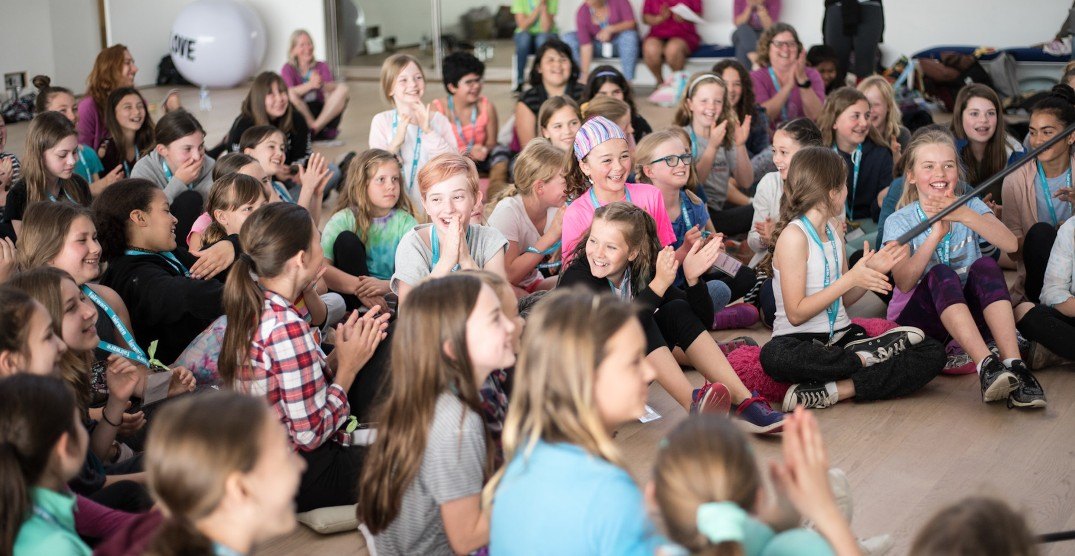 On April 29, hundreds of girls from Metro Vancouver schools will gather at Burnaby’s Nikkei Centre for the annual G Day for Girls.

G Day is described as a daylong “immersive learning experience” that welcomes and recognizes girls as they take their first steps on the journey to adulthood.

The event — now in its 11th year — was founded by Vancouver businesswoman Madeleine Shaw, the co-founder of Lunapads — a company that manufactures reusable menstrual products. 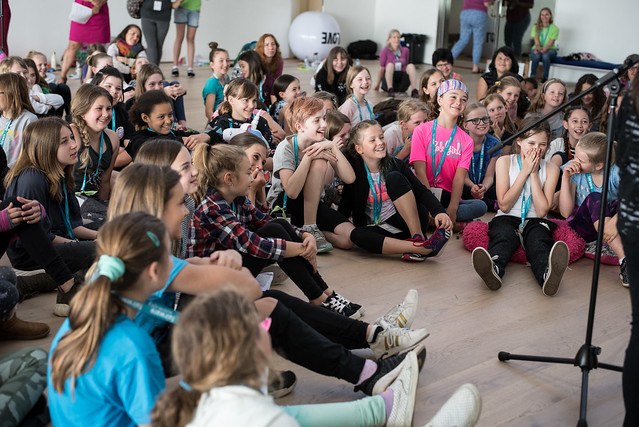 G Day takes place on a Pro D Day and invites girls between the ages of 10 to 12 and their parents and supportive adults to engage in workshops, speakers, self-love and self-esteem building exercises, and bonding.

Shaw says that when she was younger, the idea of growing up was always exciting to her.

“I thought that becoming an adult woman was the coolest thing you could possibly become,” she told Daily Hive.

“I wanted to know everything about it. I understood everything that was going to happen biologically but I really wanted to understand it from an experiential level.” 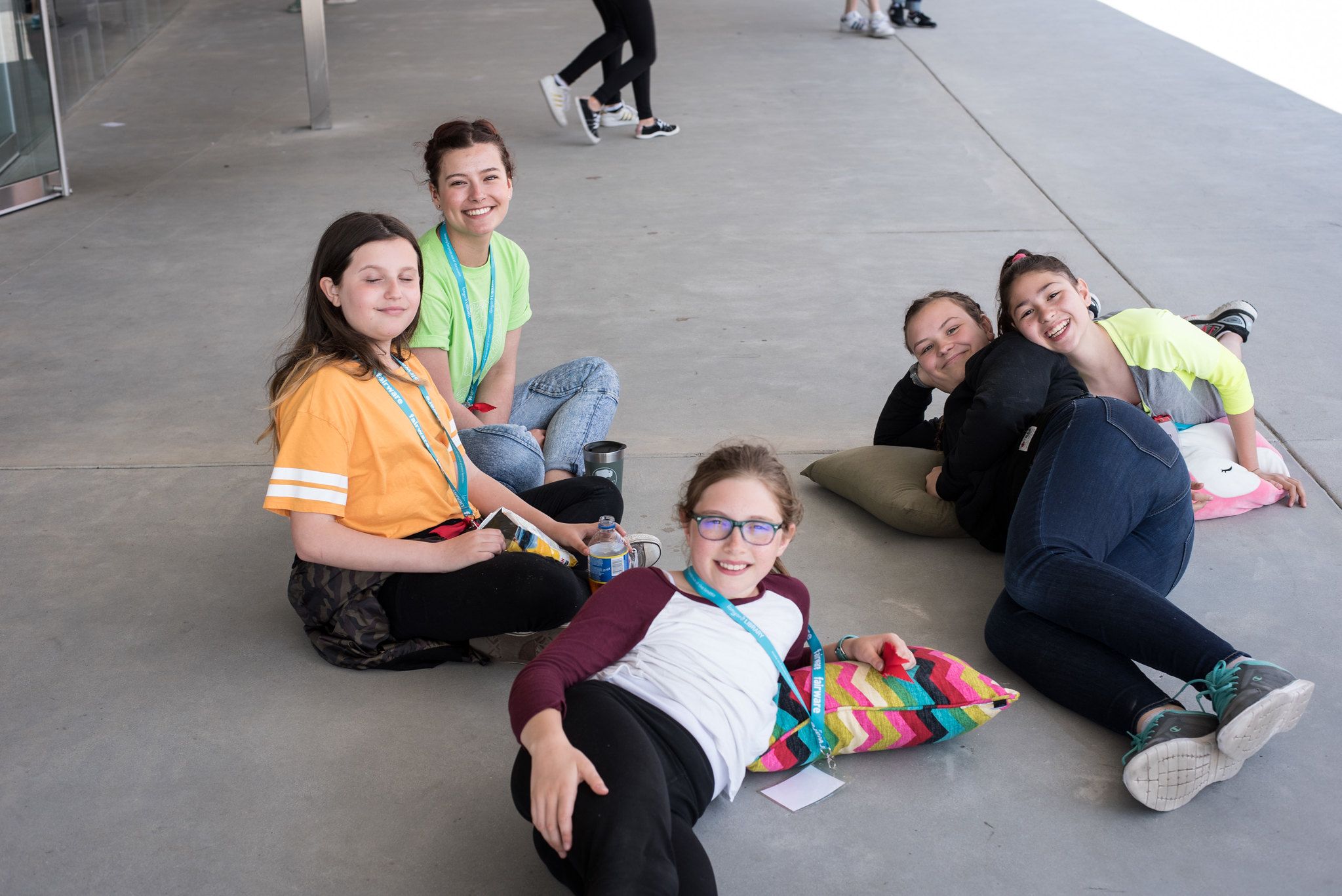 That idea of experiencing and celebrating girlhood stuck with Shaw for years — and it fuelled her idea for G Day.

Shaw says the event is targeted at girls between ages 10 to 12 because it is a crucial stage of their development.

“Statistically speaking, their confidence goes down and rates of depression go up starting at around age 10,” said Shaw.

“The messaging becomes about a hyper-sexualized culture that is amplified by social media and turns into this very comparison driven culture that girls are entering where suddenly all the rules change about why they matter. And they are not good rules and it’s super confusing for them and it leads to depression and anxiety and just kind of the loss of identity.” 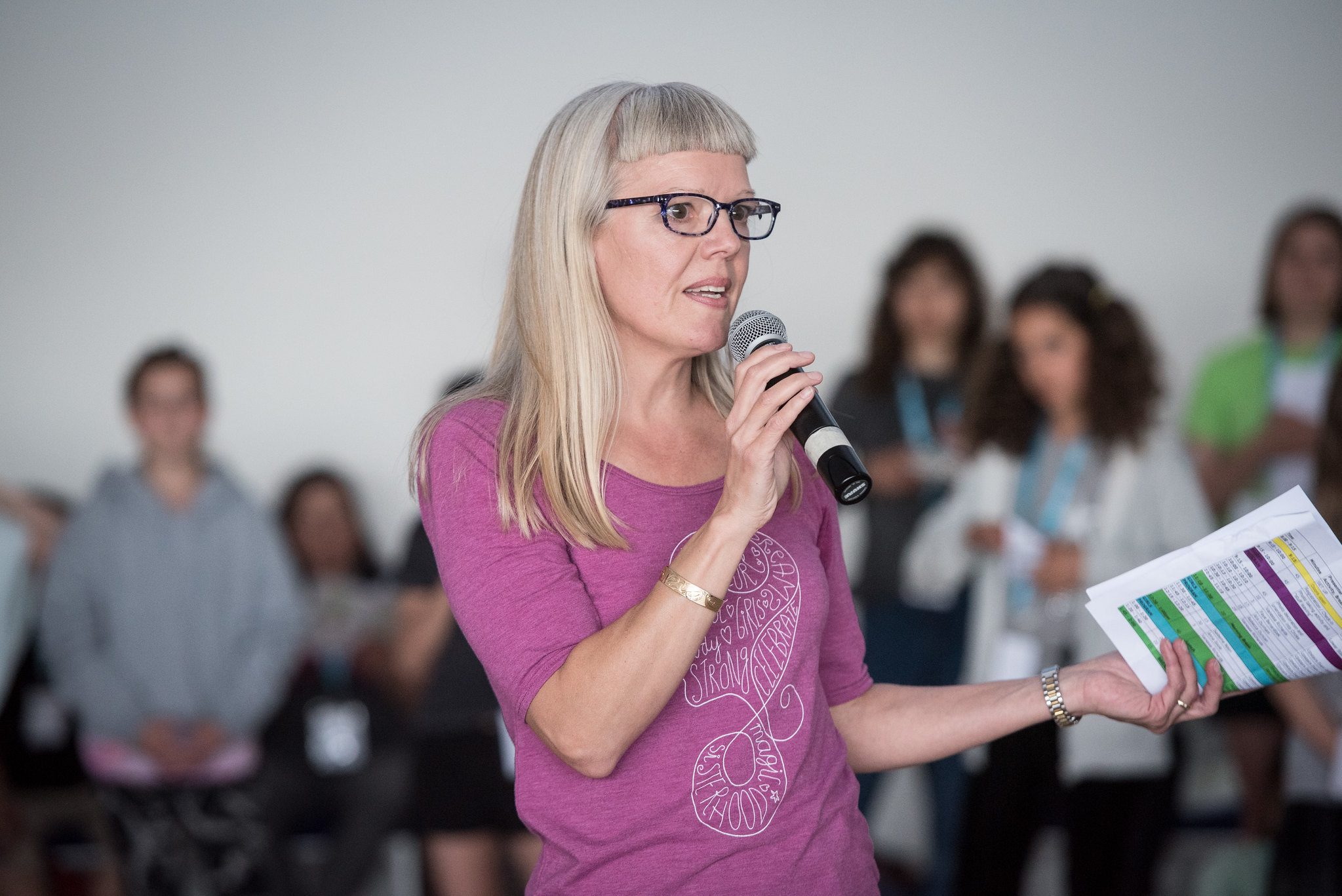 Since the first G Day launch in 2014, over 1,300 girls and 700 adults have attended across five Canadian cities. Every year, the event is designed to be a ritualistic experience for girls.

“It is a ritual,” said Shaw, “It’s like wedding or graduation where we gather. Where we stop everything and hit pause for a day and just be in the space together and really learn from each other.”

G Day begins with girls arriving with their parents and supportive adults but then the two groups split.

“The purpose for that is for the girls to connect with one another and develop a sense of empathy, compassion, and sisterhood,” said Shaw, adding that it’s a phone-free event to encourage bonding in person. 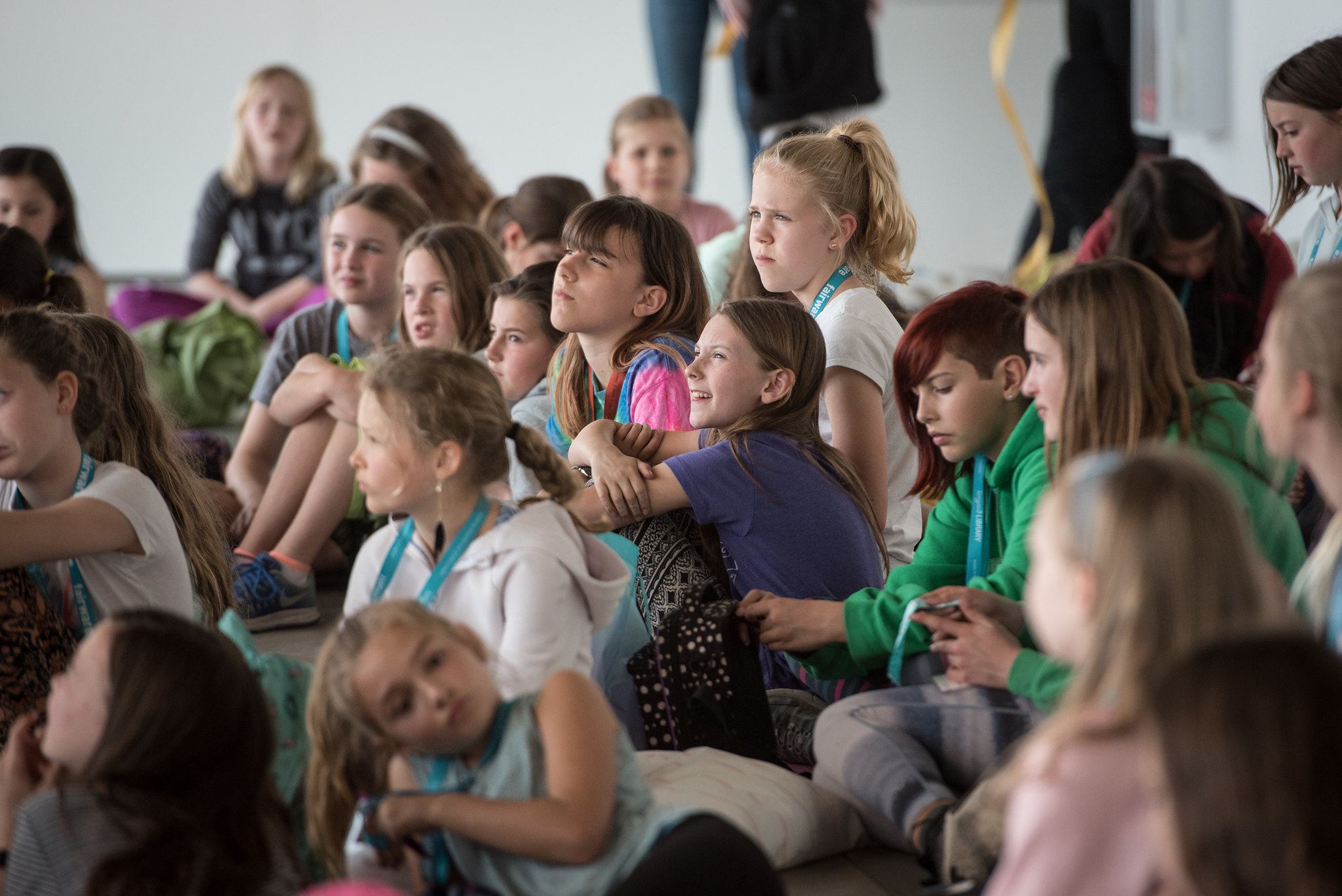 Speakers also attend the event to share their stories about growing up, and the challenges and achievements in their lives.

Shaw says having allies and representatives from the trans community is important because “G Day includes trans girls and [its] definition of girls is someone who identifies with that label.”

Wilson is the mother of teen transgender advocate Tru. “Michelle’s story of supporting her daughter is extremely moving,” said Shaw.

“It’s a metaphorical story that is really valuable for any parent who is thinking about how to support their daughter in whatever way.” 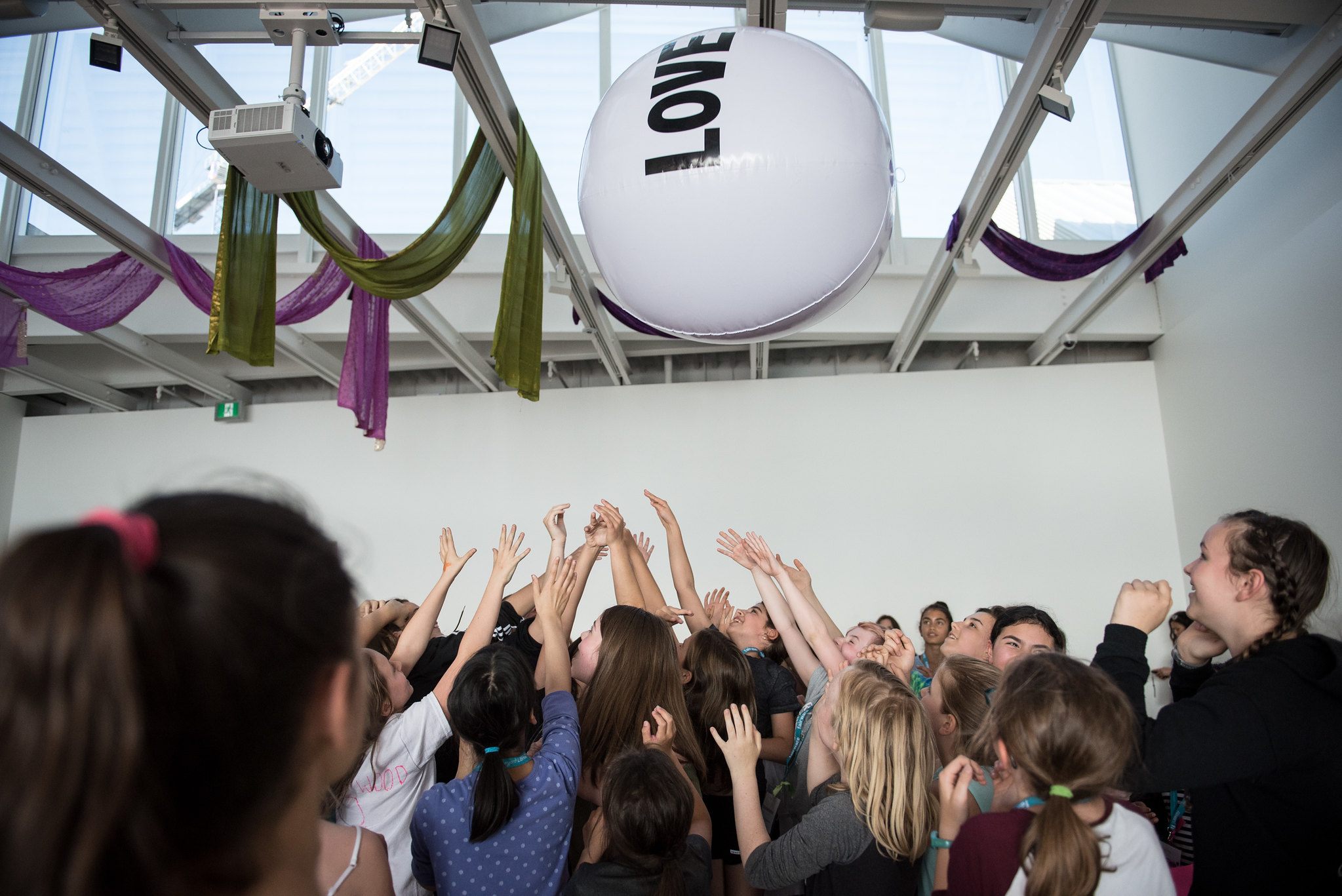 At the end of the day, the two groups come back together again for what Shaw calls a “reunification” ceremony. “The ritual at the end is very, very beautiful,” she said.

Shaw hopes that G Day will continue to create a movement for girls and teach them about self-love, empowerment and how important it is to uplift their peers.

“I think that really, girls are the future in so many ways … and cultivating human connection is what is going to give us the love for one another and the compassion for one another to inspire us to build a better world.”