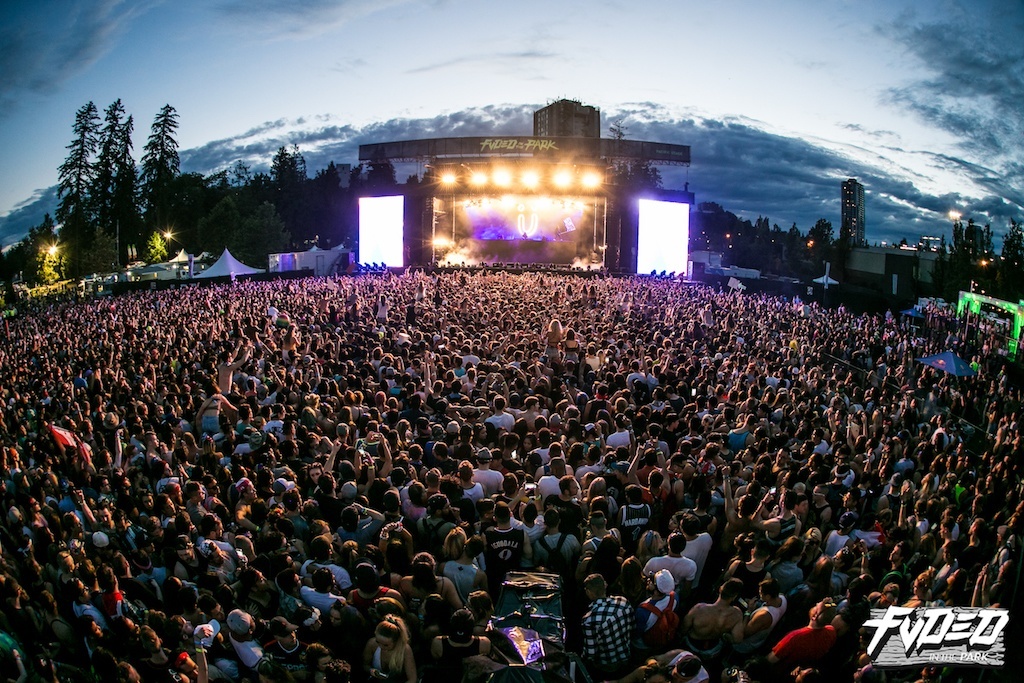 Over the July long weekend, FVDED In The Park returned for its annual two-day festivities at Surrey’s Holland Park.

The sold-out event attracted 40,000 fans over the two day period, a number that has gone up almost 54% since the inaugural year’s attendance of 26,000. With the cancellation of Squamish Music Festival earlier this year, music fans have been looking for other local music attraction – and FVDED delivered.

In a much closer setting than most large-scale festivals in the province, Holland Park is a hop, skip, and skytrain away from Vancouver. The Park is a green oasis, with over 10 acres, which was turned into a ground for three stages during FVDED. When the Park was constructed, it was meant to hold special events and large outdoor concerts, and the staff at the City of Surrey are happy with this year’s festival.

“The City is excited to have large festivals here. We have a perfect venue, Holland Park, which was purpose built for festivals and musical events,” said Owen Croy, Manager of Parks at the City of Surrey. “We have some of our own with Canada Day and Fusion Festival. We worked with Blueprint and Live Nation who put the concert on, and from our perspective, it went as planned.”

Not only did the event attract festival-goers to the region, but businesses were also given an economic boost throughout the weekend. “We’ve spoken to a few people in the local business community who felt that the two-day festival brought lots of people into the city centre area, who of course attended local shops, retail outlets, and gas stations. So there was definitely an economic benefit to having the concert here,” Croy said. 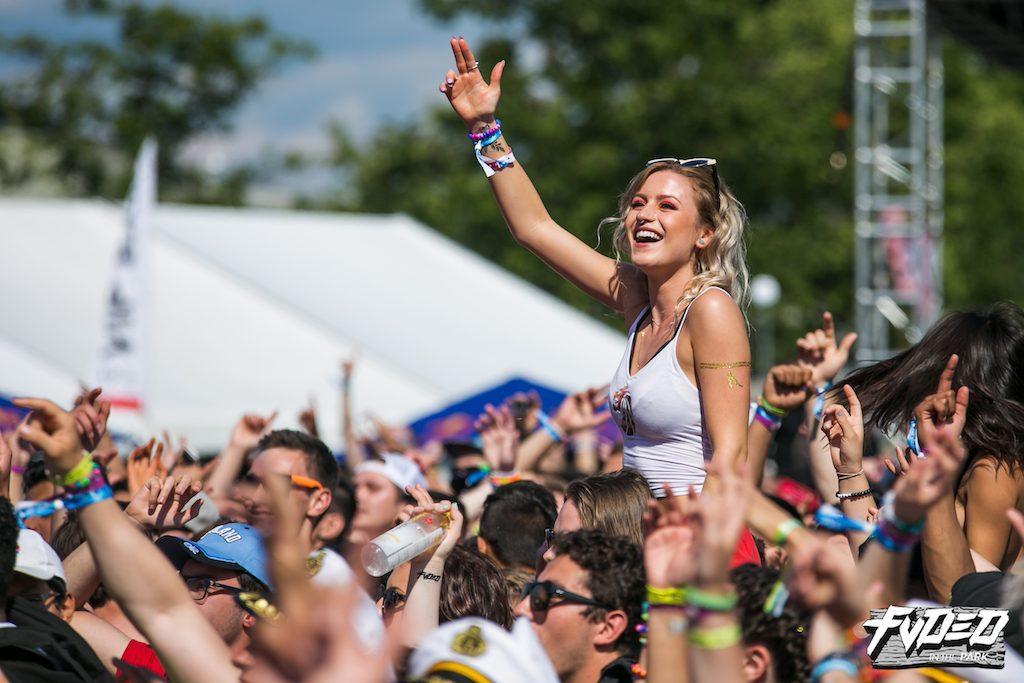 And business owner, Jeff Martini agrees. Martini, of Vancouver’s Dipt and The Vancity Original Brand, has been working with Blueprint for a few years. His business has been represented at FVDED as one of the festival vendors for the past two years. “Last year, we had a merchandise booth which was a great platform to showcase the brand to our core demographic at the premier music festival in the lower mainland. This year, we signed up for a booth again.”

In addition to the booth, Martini collaborated with FVDED to produce co-branded clothing, which ended up selling out at the festival. “As a local business, we are continually looking for other local like minded businesses to collaborate with. As a brand focused on representing Vancouver, both locally and globally, I feel it is our duty to get involved with other local businesses to show unity and to help one another grow,” Martini said. “With FVDED, it just makes perfect sense as we are both local companies rooted in music and fashion.”

The large number of attendees at the festival get exposure to businesses, but also to local artists. Grammy-award winning producer and local musician, Chin Injeti believes that FVDED is an asset to the music community. “It attracts thousands of people and is creating awareness for art culture and the art community,” said Injeti, who has been involved in the music industry since the mid nineties.

This year, Injeti performed with his group Suffer The Children. “[The festival] is important to me because I make records. Music is my life. It’s how I support my family, it’s what I do for a living. It’s my passion. And right now, we live in a world where the making of music doesn’t have much value as it used to because these days. As soon as I finish a track, somebody can get it for free by downloading it,” he said. “But the one thing you can’t replace is what a festival like FVDED gives you. It’s an experience. You can’t download that, you have to show up. You have to have a playing part in it.” 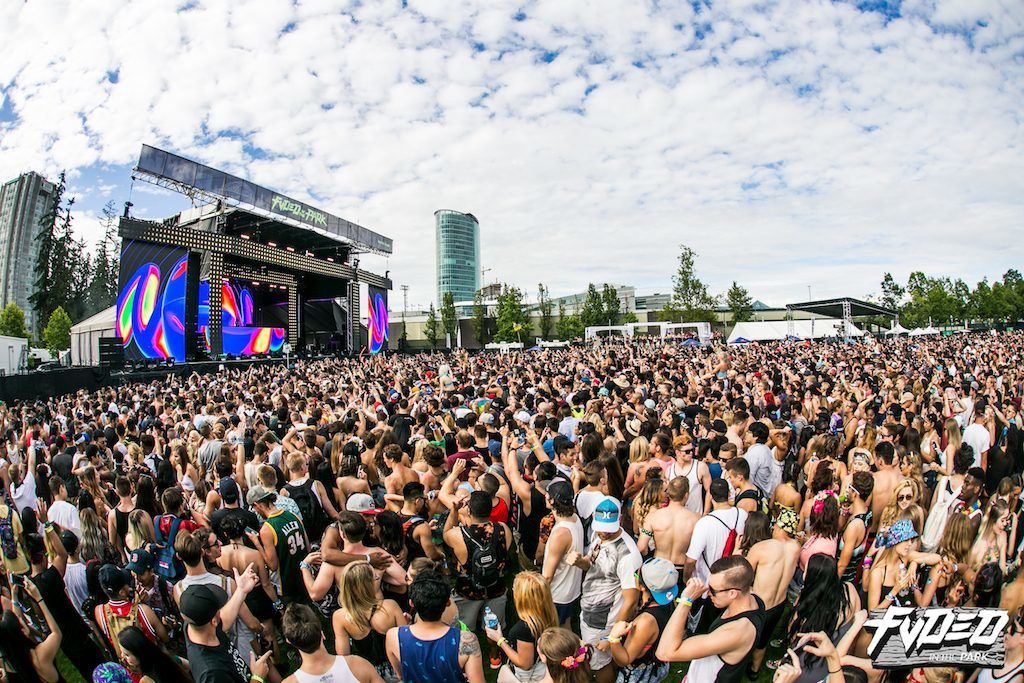 The experience of a music festival is becoming scarce in and around the Vancouver area. For those looking for big electronic and hip hop acts, the loss of Squamish left the region with Pemberton Music Festival, Centre of Gravity (Kelowna), and Shambhala Music Festival. Injeti said it would be a disaster if we lost another festival, especially one like FVDED. “Those festivals expose us to the world. People can see how beautiful British Columbia is but also exposes us to world class artists,” he said.

Having the festival in our own backyard is also part of the reason why FVDED is such a success.  Music fans don’t need to camp, or travel too far, to get to the festival grounds, especially for those in Surrey. “The two-day festival was an opportunity for young people in Surrey to have something in their own city that they can attend without having to get on a skytrain or bus or go somewhere else,” said Croy. “We have people from Vancouver, Richmond, Burnaby, Delta, and Coquitlam all coming to Surrey. The attendance was 20,000 plus each day, the site was well-utilized, and I think it went off without any concerns from the city’s perspective. It was a good event.”

As for 2017, at this time, Croy said the City of Surrey will have a debriefing session with all the agencies involved in the approval process, along with organizers Blueprint and Live Nation. “We’ll evaluate how this year went and we’ll make a decision after the evaluation’s been done,” he said.