Organizers of VancouFur, Vancouver’s first Furry Convention, celebrated a milestone anniversary this past weekend, and they invited animal friends from all over the world to the party.

“VancouFur is celebrating it’s five year anniversary, which is very exciting,” said Cekuba, chair of VancouFur 2016. “The convention has grown from a small and enthusiastic group to over 800 guests this year.” 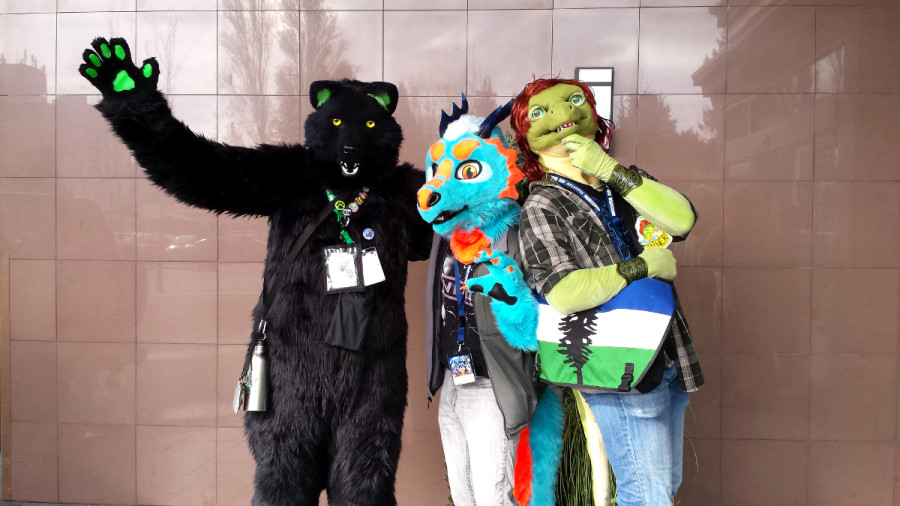 Image: Bearpaw the Wolf, Calder the Dragon and Tanner the Lizard. / Photo by Daniel Chai

Furry Fandom has been around since the 1980s, inspired by anthropomorphic animal characters with human characteristics. Furries meet all over the world in their fursuits, fuzzy and comfy looking costumes.

“It’s really like any other comic or video game convention, where people get together to celebrate similar interests,” said Cekuba. “Everyone has come with a self-created character. Some even have multiple characters.”

Each fursuit can take up to six months to make, with advances in material and crafting making the costume breathable and movable. If someone at VancouFur does get overheated, there is a cooldown room with water, Gatorade and fans.

Attendees of VancouFur 2016 came from across Canada, the United States, and as far away as Peru and Malaysia. The four-day convention outgrew their original home in Burnaby, and is now located in Richmond at the Executive Airport Plaza. 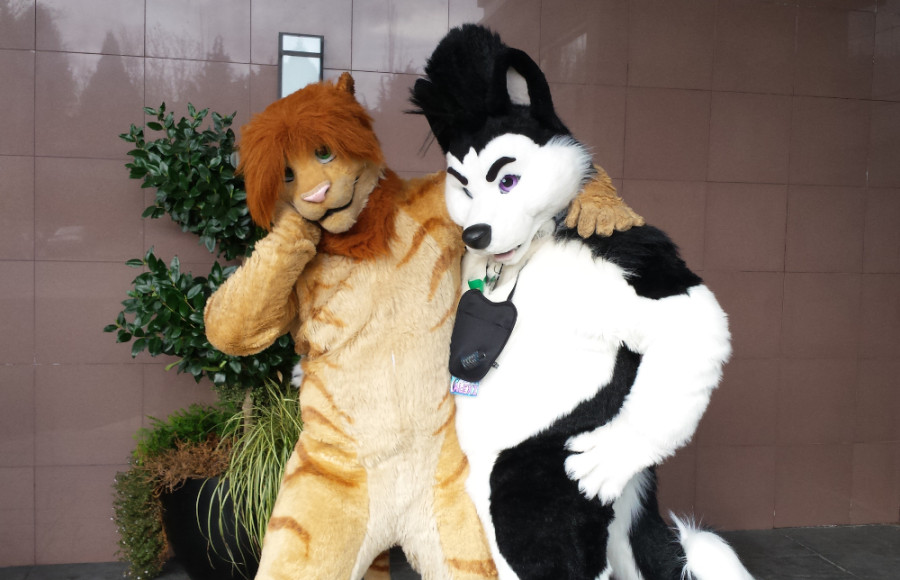 Image: Spuz the Lion and Alexi the Husky. / Photo by Daniel Chai

“VancouFur is really a global convention,” said Nos, a member of VancouvFur staff. “There’s lots of activities to do while you’re here. There are panels about writing, and crafting. There will also be a big dance party and a massive Nerf war. We have a diversity of talent.”

Furry Fandom can be confusing to understand at first, and VancouFur vice chair Trapa shared that there are still misconceptions.

“Furries get together so they can be with people who like what they like and not be judged,” said Trapa. “VancouFur has a high return percentage. People make friends, and come back year after year.”

One longtime Furry is Peli, who attended the convention in a green hyena fursuit. He actually met Cekuba at VancouFur 2, and now the two are married.

“People really enjoy the social aspect of being a Furry,” said Peli. “There’s so much freedom in being a Furry. It brings people together.”