One can only wonder how many air travellers may have spotted a rude ‘welcome sign’ outside their window while their plane makes a final descent into Vancouver International Airport.

A Google Maps satellite view shows that a Richmond single-family residential dwelling near the south end of the Oak Street Bridge has a rooftop sign that spells “FU YVR.”

The residence is about one kilometre away from the eastern edge of Sea Island and is under YVR’s low altitude aircraft landing flightpath for the North Runway, which is the airport’s newest runway – constructed only in 1996.

“I’ve seen it quite a few times and it’s been a joke within some local aviation circles,” pilot Ben Pritchett told Vancity Buzz. “At this altitude along the North Runway approach, passengers sitting on the left window-side of the plane should be able to see [the sign] if they’re paying close attention outside of their window.”

There is little doubt that the grievances of those living at the residence revolve largely around low-flying jetliners, which pass over the house as frequent as every few minutes.

In 2014, the Vancouver Airport Authority received 1,695 air traffic noise complaints, but 1,122 or 66 per cent of the complaints were submitted by just three individuals living in Richmond, South Delta and South Surrey. 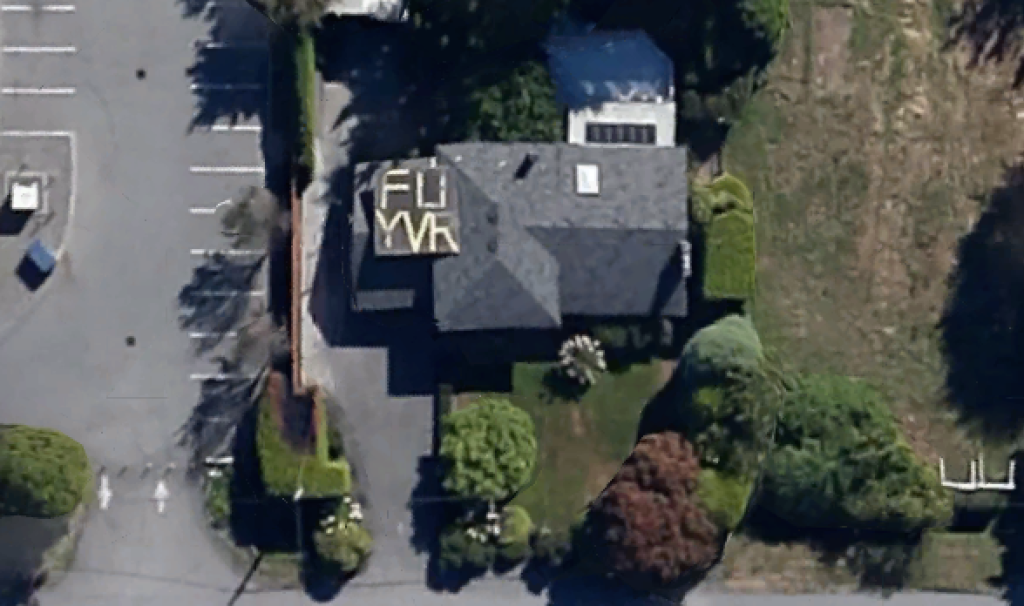