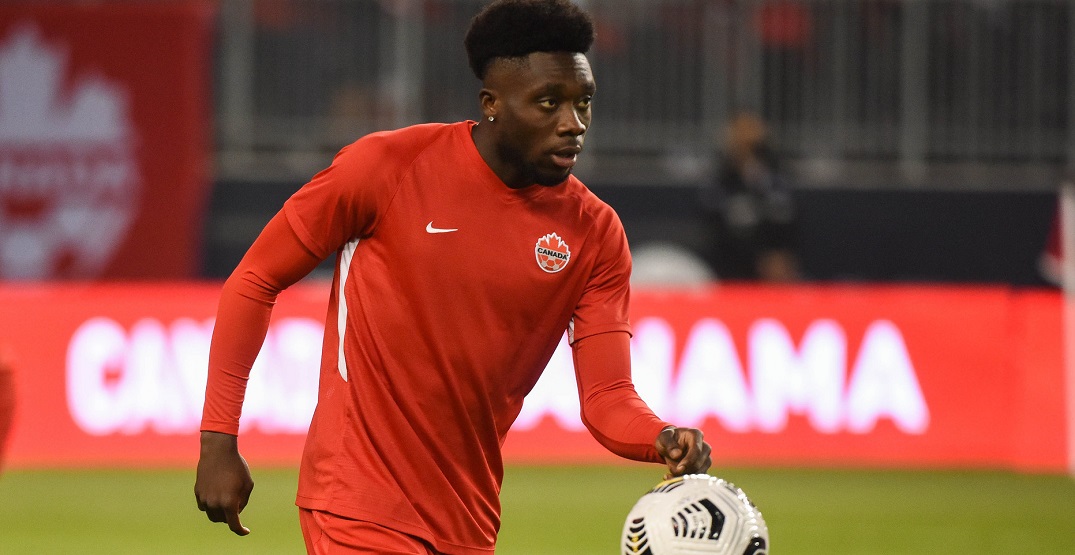 The road to the 2022 World Cup is making a stop in Edmonton for the next five days.

Canada will host Costa Rica tonight and Mexico next Tuesday in a crucial set of CONCACAF qualifying matches for next year’s tournament in Qatar.

And if you’re looking to take in the matches in person, well, you should bundle up.

The temperature in Edmonton is forecast to be around 2°C at kickoff on Friday evening, according to The Weather Network.

While weather tends to be more challenging to predict four days out, it may be even colder when Mexico comes to Edmonton for their World Cup qualifier.

The Weather Network projects it’ll be -5°C during the day on Tuesday and up to -13°C overnight.

The Canadian squad isn’t letting a bit of cold get them down. Undefeated through their first six of fourteen qualifying matches, Edmonton currently sits in third place behind Mexico and the USA.

“The minimum goal at the end of every window is to finish in the top-three, but these games give us the chance to create separation between us and Costa Rica and the potential of closing the gap on the group leaders Mexico,” said head coach John Herdman earlier this week. “There’s so much to play for, but with our home crowds behind us, anything is possible.”

Herdman personally has to be loving the weather, as he’s repeatedly made reference to “controlling the conditions” in order to make his opponents uncomfortable.

Three teams in CONCACAF automatically qualify to Qatar in 2022, while the fourth-place side will face off in an inter-confederation playoff against teams from Asia, South America, or Oceania to determine the final two spots for next year’s tournament.

“Now that we’re here, the vibes are really high,” Canadian midfielder Jonathan Osorio told media earlier this week. “We are itching to get going, and we’re happy to be together, and overall we’re all just very excited and happy for everything that’s going on.”

The match is a homecoming for Bayern Munich star Alphonso Davies, who grew up in Edmonton after being born in a Ghanian refugee camp. It’s the first professional match for Davies in Edmonton, who joined the Vancouver Whitecaps residency at 14 years old.

Davies has shown up as Canada’s best player repeatedly throughout the final qualifying round. In the last international window against Panama, Davies scored a breathtaking match-winner that helped push the Canadians into the Top 50 in the FIFA world ranking for the first time in 24 years.

“Obviously, there will be a little bit of butterflies, but at the end of the day, once the whistle blows, it’s just me and the team focusing on the task ahead of us, which is to get the three points on Friday,” Davies said.

Tickets are still available for both matches, starting at $22 on both Friday and Tuesday.