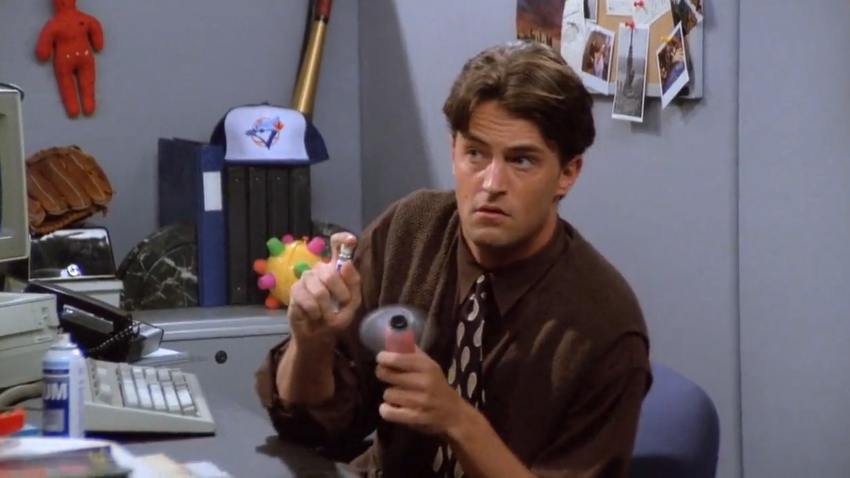 The world was introduced to the television phenomenon known as Friends 25 years ago. One year prior in 1993, the Toronto Blue Jays won their second consecutive World Series championship.

How on Earth do these two things intersect? By a baseball cap, that’s how.

Over the years, eagle-eye observers have noticed a Blue Jays cap in the background during early episodes of Friends. There’s never been an official explanation why the cap was featured so prominently, but some theories link back to Matthew Perry who played “Chandler Bing” on the show.

Perry himself is Canadian, and coincidentally, he sports an Ottawa Senators shirt during scenes from his movie “The Whole Nine Yards.”

We may never know how or why the Blue Jays cap found its way on set of Friends, but here are all the appearances where you’ll find the cap hiding in the background. 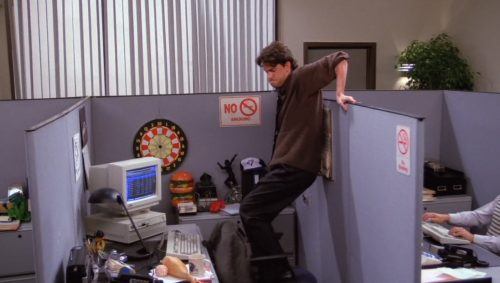 This wasn’t an official scene in the show itself, but Chandler’s office desk during the Season 1 intro was the first official appearance of the Blue Jays cap.

Episode 1-3: The One with the Thumb 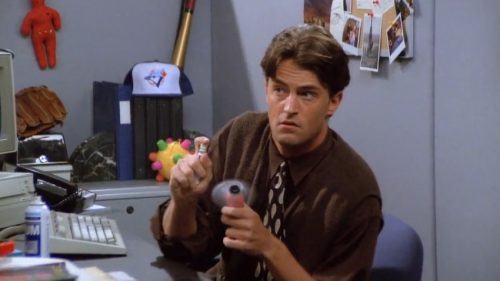 The crux of this episode is the gang trying to get Chandler to quit smoking. As he takes a few puffs at his desks (and tries to hide it from his boss), we discover that he also has a baseball bat to go along with the cap of his favourite team.

Episode 1-15: The One with the Stoned Guy 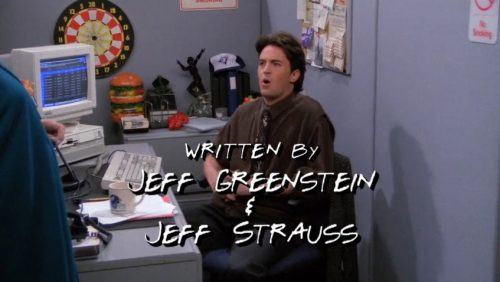 Half a season later, there’s Chandler, still plugging away at his boring job as a statistical analysis. The cap is still in the same place, but the baseball bat has disappeared. 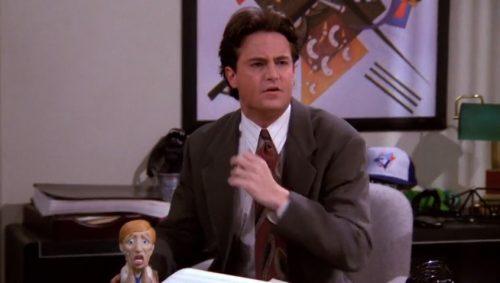 One episode later, Chandler has climbed a few rungs up the corporate ladder and graduated to a corner office with a view of the city. Even though he’s a big-timer at the office now, he didn’t leave his Blue Jays cap behind from his old cubicle.

Episode 2-5: The One with Five Steaks and an Eggplant 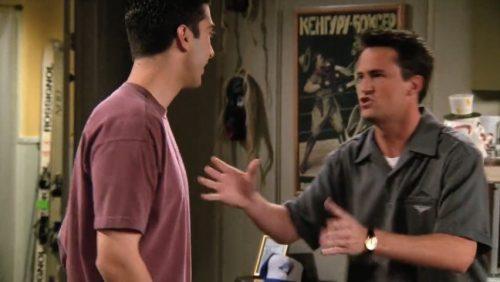 The very next season, the Blue Jays cap has been brought back to Joey and Chandler’s apartment, presumably because Chandler can’t bear to answer any more questions about the 1994 baseball strike.

Keen observers will notice the cap on a side table in the background by the bathroom. 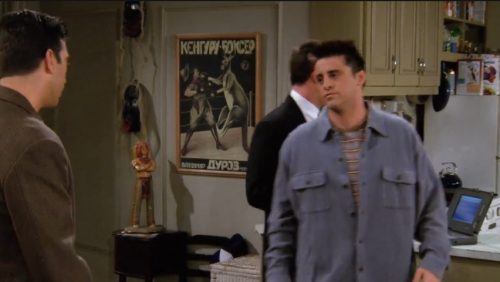 This episode is where it all comes crashing down for Ross and his attempt to woo Rachel by creating a pros/cons list. Just in case your eyes were wandering during this episode, the cap that was on the back table is now tucked away in the background. 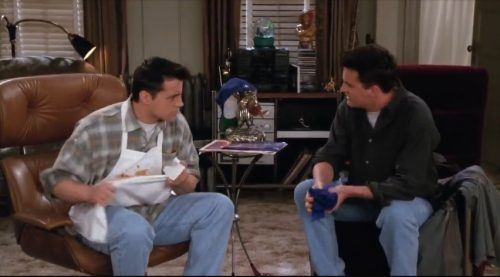 This appearance is somewhat debatable. While there’s a cap hanging in the background, it isn’t conclusive whether it’s of the Blue Jays variety OR a Mets cap (the Mets cap was spotted in the apartment in past episodes).

Episode 2-17: The One Where Eddie Moves In 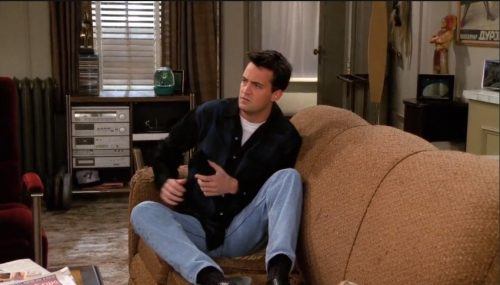 After watching his best friend move out of their shared apartment, Chandler goes through a bit of an identity crisis near the end of season two.

The Blue Jays cap has now been tucked on the bottom shelf of his stereo cabinet. Unfortunately, this was the last on-screen appearance by this beloved Blue Jays cap during the show’s 10-season run.