What happens when you get the father of psychoanalysis and the creator of Narnia into a room for an imaginary face-off? As it turns out, not that much.

Freud’s Last Session has been performed in Vancouver before, but this production seemed especially relevant within the context of Pacific Theatre’s spiritual space:

History and fantasy collide in this imagined meeting between two of the twentieth century’s greatest minds: Sigmund Freud and CS Lewis. Pacific Theatre’s production of Freud’s Last Session by Mark St. Germain takes a few pieces of historical trivia and weaves them into a fascinating and compelling discourse on life’s greatest questions: sex, love, the existence of God, and the meaning of life. 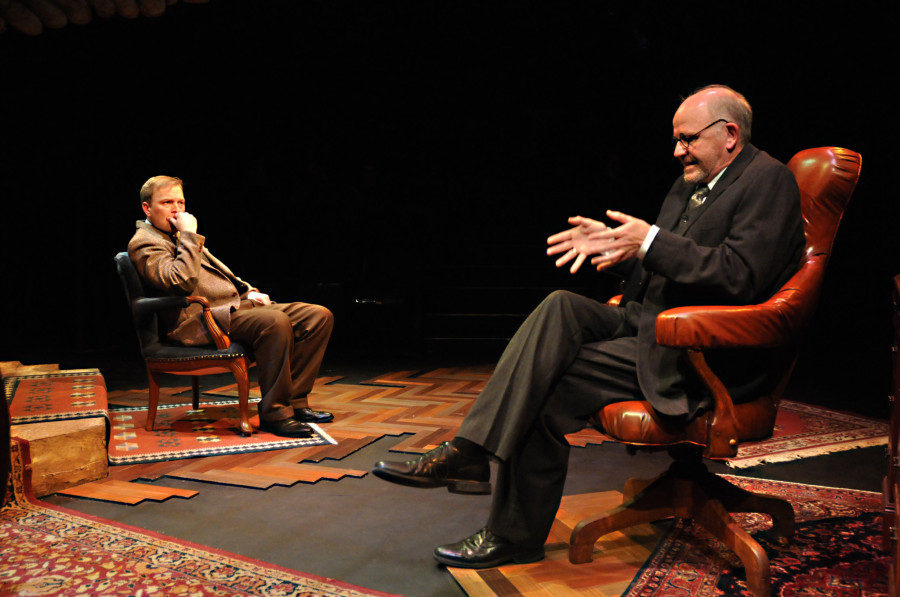 Let’s start with the good. The set is beautiful – probably among the best I’ve seen within this particular theatre. Suspended over Freud’s sitting room are some massive winged arches, easily the most dominant feature of the production and adding to the majesty of the themes discussed. A variety of seats gives the actors opportunities to move around and ensure that their backs aren’t towards the audience for too long. The music and sound design are both fantastic, evoking that wartime era and filling in the emptiness within the pauses.

The central part of why this production didn’t work, however, is because there isn’t much chemistry between Freud (Ron Reed) and Lewis (Evan Frayne). We’re here to see the these two ‘gentlemen’ square off on all-important matters, but the exchanges lack spark and vitality. They’re not off-the-cuff remarks that showcase the character’s radically different ideologies and backgrounds, but more calculated, much like one of those historical reenactments you see on TV.

The dialogue is made tedious, stuffed to the brim with too many historical facts and context – a fascinating read on its own, but performed in such a way that doesn’t make the viewer invested in either character. Frayne as Lewis is particularly one-note, with the same tone and volume throughout much of the piece. Reed gets a few more impassioned moments in, and the writing clearly plays better to his witty retorts. I enjoyed hearing his lisp (portraying Freud’s removed palate due to oral cancer) and accent, but neither were consistent throughout the performance.

But perhaps I’m also being unfair to the actors, given the source material. In just over an hour, virtually every topic is touched upon, but just as quickly dismissed: religion, background, sex, suicide, music, war. It’s a history lesson in the miniature, but fails to capture the true essence of these ‘dynamic’ personalities. 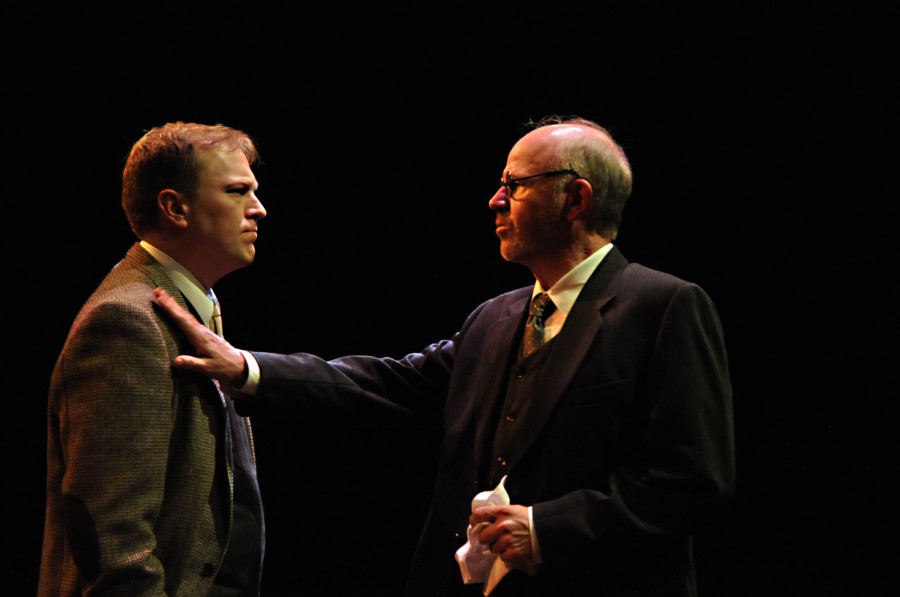 Pacing was odd and fumbling, including a misplaced gas mask that clearly wasn’t in the right cabinet. The two sessions of Freud gagging and an air raid were painful to sit through, not due to any sympathy on my end, but because it simply highlighted how far the play needed to stretch to make up for lack of tension elsewhere.

Freud’s Last Session seems to ask us, who would win if this imaginary exchange had taken place? And unfortunately nobody scores in this production, least of all the audience.