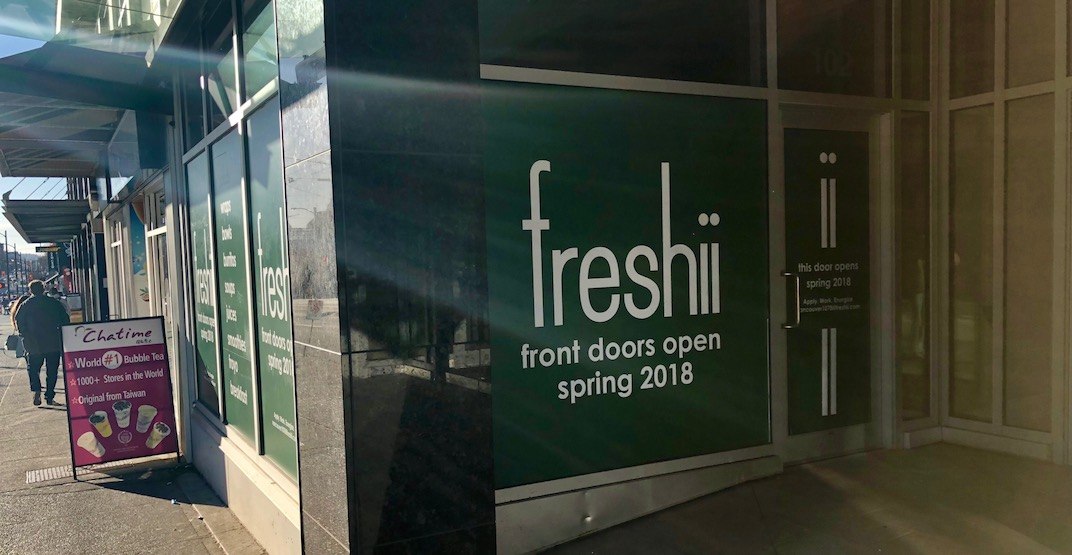 Fast and healthy over-the-counter grub is never a bad thing these days, so it’s no surprise Freshii has become a seriously popular chain all around the globe.

While they haven’t had any luck taking over those Subway locations like Founder and CEO Matthew Corrin has hoped for, it’s clear the Toronto-based salad chain is moving in the right direction.

That brings us to Freshii’s serious plans for expansion in Metro Vancouver – there are eight new locations ‘coming soon’ to Vancouver, Richmond, New West, Surrey, and Langley combined.

The superfood purveyor, known for its bowls, burritos, salads, wraps, soups, smoothies, and juices, already have seven locations operating in Vancouver alone, so once this expansion is finished they will have well over a dozen in Metro Vancouver.

Here are all the new Freshii eateries coming to Metro Vancouver soon.