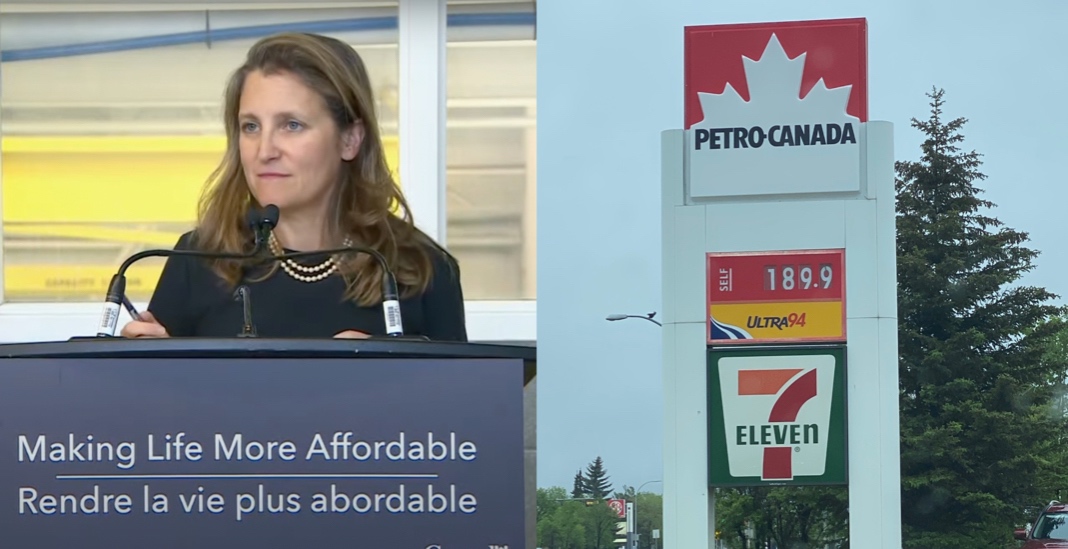 The federal government says it isn’t removing the possibility that it could reduce gas taxes; however, high gas prices have shown the green transition is “more urgent than ever.”

Finance Minister Chrystia Freeland made the comments this week while visiting an automotive parts manufacturer in Newmarket, Ontario.

Freeland was asked about Ontario Premier Doug Ford’s call for the federal government to lower the carbon tax amid soaring prices at the gas pump.

“When it comes to the price on pollution, I think that Russia’s illegal war in Ukraine has actually made the green transition more urgent than ever. I really think that this war needs to make us understand as a world and as Canadians how important it is to shift to a green economy,” Freeland said.

“Now is the time to be glad we have a serious predictable set of measures to make that transition that we need for our children, grandchildren, the planet.”

Freeland said she understands that affordability, including the price of gas, is a real challenge.

Freeland pointed to Russia’s invasion of Ukraine and it’s impact on oil as a key cause to the ballooning of gas prices across the country.

“When it comes to the price of gas, it’s important to emphasize that this is a global commodity, and it’s being driven by one very terrible man, Vladimir Putin. When we go to fill up our cars and truck with gas and you want to get mad at someone, get mad at Vladimir Putin.”

Freeland also pointed to affordability measures currently in place to help Canadians as a form of relief at this time.

Earlier this month Freeland alluded to the potential of a gas tax break during a news conference with US Treasury Secretary Janet Yellen.