Riding on public transit just got more attractive thanks to a new pilot project to connect transit riders with free, complimentary WiFi.

The program was launched today and is a TELUS initiative and is available on three of TransLink’s Coast Mountain Bus Company transit buses on three separate routes. The is the first time complimentary Wi-Fi has been offered on public transit in Western Canada.

One bus along each of the following routes will offer the free Wi-Fi:

Buses that boast free WiFi are plastered with TELUS signage both on the exterior and interior.

“We’re constantly looking for new ways to give back and surprise and delight people in our communities,” said Anne-Marie LaBerge, TELUS vice president, brand and marketing communications. “We hope that giving transit riders free Wi-Fi on buses makes it easier for them to catch up on email, connect on social media or wind down with the latest episode of their favourite TV show while they’re on the go.”

Rider feedback and a review of the initiative’s results in six months will determine whether the pilot project will be extended.

Currently, the only high-tech wireless amenity provided on public transit is wireless service inside SkyTrain’s Canada Line tunnel from Marine Drive to Waterfront Stations. However, it is only limited to TELUS, Rogers and Bell customers.

Over the years, TransLink has previously stated that free WiFi on transit was amongst the amenities being explored to improve rider experience. In particular, free WiFi on West Coast Express trains and SeaBus terminals and vessels could be introduced at a relatively low cost.

Metro Vancouver is not the only jurisdiction in the world implementing free WiFi on public transit buses this month. Last week, Transport for London announced that two of its famous ‘Routemaster’ double decker buses has been installed with WiFi as part of a trial initiative. 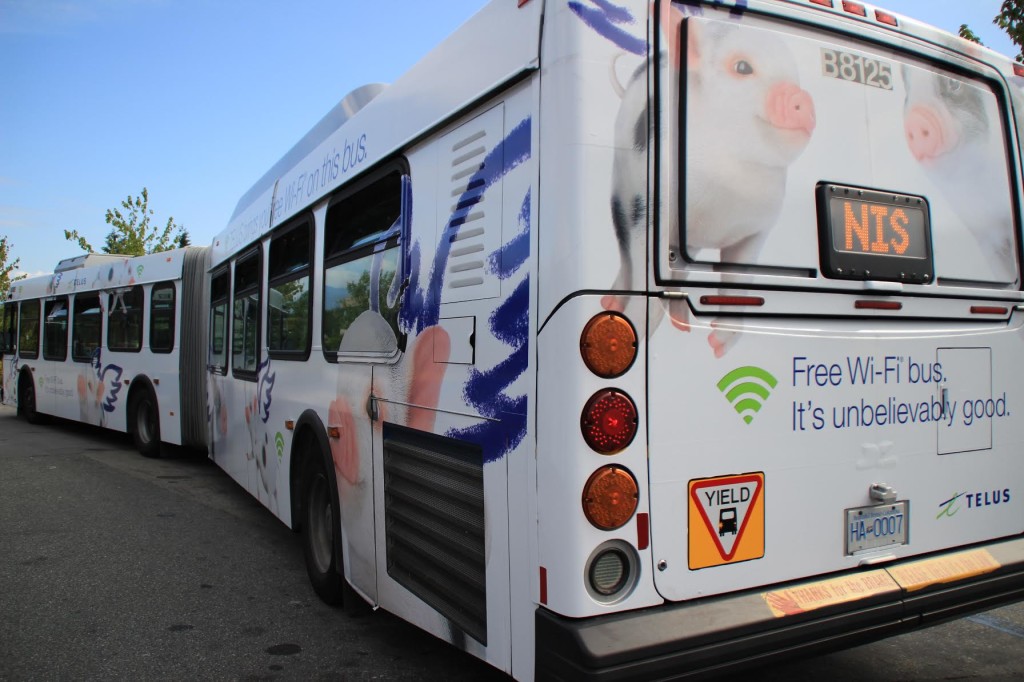