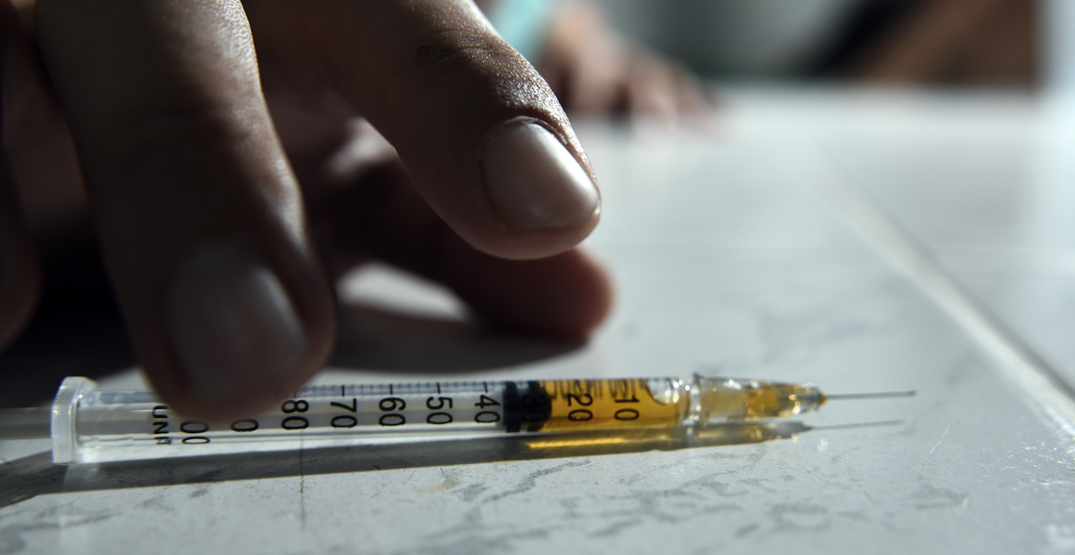 On the same day that a rally for safe drug supply in Vancouver took place, advocates announced that residents of the Downtown Eastside are being given “safer” heroin and cocaine for free.

According to a group called the Drug User Liberation Front (DULF), the drugs are being given out as a way to “act on the increasing number of overdose deaths in British Columbia and inaction by municipal, provincial and federal governments.”

The group itself was formed “in response to the ever-mounting overdose deaths in BC and across Canada … to provide tangible solutions to this devastating crisis.”

DULF states the the drugs they are supplying “have been tested via FTIR spectrometry and immunoassay and are free of fentanyl, fentanyl analogues, benzodiazepines and many other harmful adulterants.”

The group also notes that neither heroin nor cocaine is available as part of the province’s recent safe supply rollout, and “access to these necessary substances is both inadequate and urgently needed.”

British Columbia “joined the global community in quickly and effectively dealing with the COVID-19 pandemic in order to prevent the deaths of many of its at-risk citizens,” DULF said in a statement. “Still, those at risk of overdose death have not benefited from the same kind of decisive and definitive action. This discrimination against a vulnerable population, resulting in death on this scale, is unacceptable.”

As such, DULF said it is calling for an “immediate and appropriate response” to this devastating crisis, which they said includes the following:

“The data has been collected, research done, and concrete solutions proposed, but people are still dying in unprecedented numbers,” states DULF. “It is past time to take real action. We are no longer willing to stand by and bear witness to the devastation of our community.”