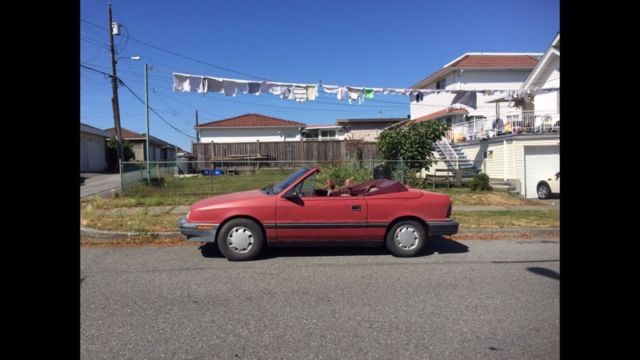 It’s nothing fancy, but to Lindsay Gibson, it meant the world to receive a 1991 Dodge Shadow convertible for free.

She heard through the grapevine about an ad on Kijiji that promised the imperfect little car to someone who deserves it, so she put in her pitch via video.

“It was absolutely golden. For me, it wouldn’t even matter what kind of car it was, so long as the roof was off, who cares,” Gibson tells Daily Hive. “I’ve been ecstatic to think about and manifest a convertible car.”

Gibson, who’s an actress, wanted to make this summer as fun as possible – which included having a convertible to cruise around in – since she’ll be undergoing brain surgery in October.

“In the past seven or eight months, I’ve been going to my ear, nose, and throat doctor, and he found a spasm in my vocal chords,” she said. “He sent me for a couple of MRIs – which was the scariest thing because my mom’s a nurse and I know how hard it is to get into an MRI – and I met with a neurosurgeon.”

Her surgeon told her that her vagus nerve, a major nerve that controls digestive processes and respiration, was wrapped around an artery.

“They have to go in and untangle it like a ball of yarn,” says Gibson.

When Kyle McDonald watched her video submission, it was easy for him to see why Gibson was the obvious choice out of nearly 1,000 candidates.

“The video was saying ‘I want to take this car out, I’ll never put the top up, we’ll always be driving top down,'” McDonald tells Daily Hive. “She told me she just wanted to have the most fun summer ever.”

“Who knows what’ll happen in the future, but at least I can make this summer great [for her].”

McDonald had bought the car for the summer, but found it was taking up too much room. Instead of selling the car for $500 (the amount he paid for it), he decided it should go to someone who deserves it.

The car isn’t pretty. McDonald painted it a burgundy colour with interior house paint, there’s a dent in the right side door, and he’s not sure if the roof can go back up – but with that said, it starts every time he turns the key.

For her part, Gibson is trying to remain positive through her ordeal, and this car will be just the ticket for her to have the best summer ever before she goes into recovery mode.

“I’ve never won anything like that before. I’ve worked really hard for everything I have – it’s a ’91 Dodge Shadow relic – I mean, the lid doesn’t even go up on it. I’m just so thrilled to have it and I’m so ecstatic that he chose me.”

When asked about her plans for the car, Gibson says she wants to lacquer it in gold sparkles and stars. And as for the name of the car?

“Rhonda ‘Ron’ Burgundy” she says with a laugh, adding she’s a huge fan of Will Ferrell. 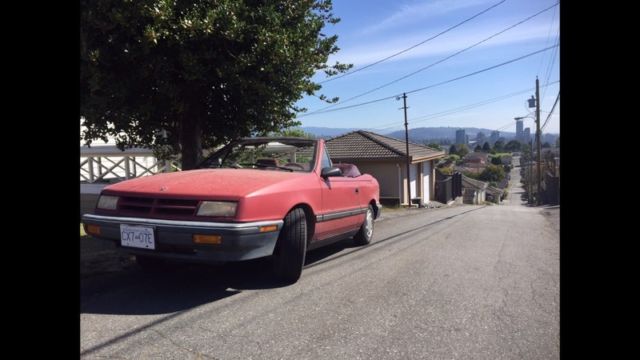 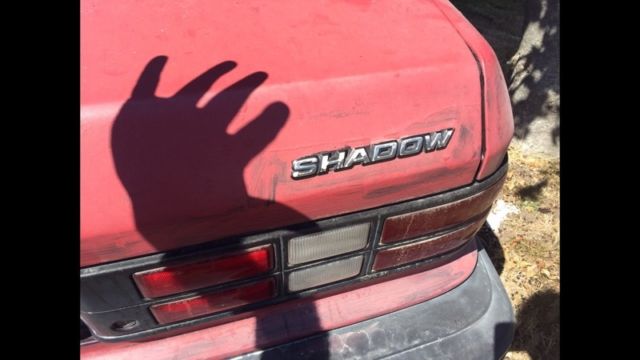