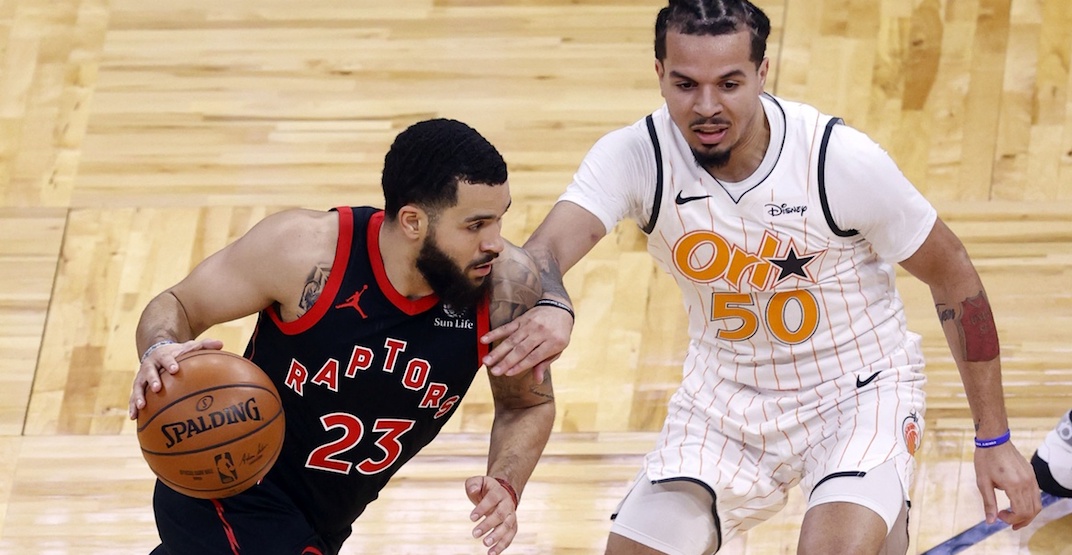 Fred VanVleet was on fire Tuesday night, setting a new Toronto Raptors franchise record for number of points scored in a single game.

VanVleet scored a whopping 54 points in the Raptors’ 123-108 win over the Orlando Magic.

The previous Raptors record was set by DeMar DeRozan, when he scored 52 points in a game in 2018. DeRozan tweeted congratulations to his former teammate following the game, while also sending some friendly shade towards his buddy Kyle Lowry.

"Definitely had him (Deebo) in mind as I got close"@FredVanVleet | #NBAAllStar pic.twitter.com/XEP0KZjSXI

VanVleet also set a new NBA record, surpassing Moses Malone for most points scored by an undrafted player, since the NBA/ABA merger in 1976.