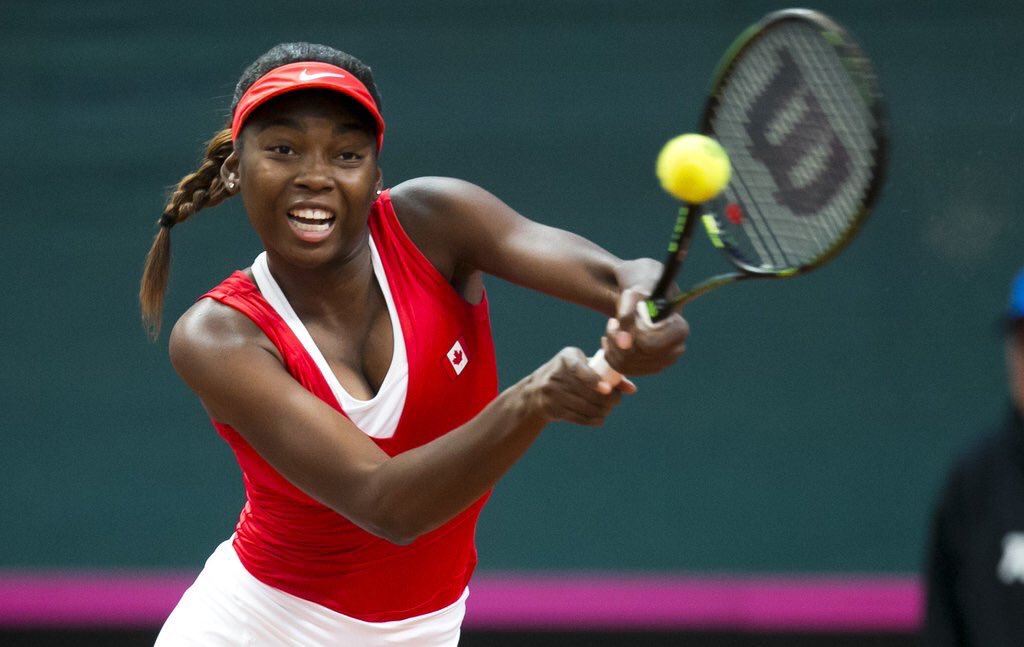 The best female tennis player in Canada feels like she doesn’t get the recognition she deserves because of the colour of her skin.

Ranked 128th in the world, Francoise Abanda is the highest-ranked female tennis player in Canada. The 21-year-old is also black, which she said is the reason why she doesn’t get the same treatment as other players – including Genie Bouchard in a Wednesday morning tweet. 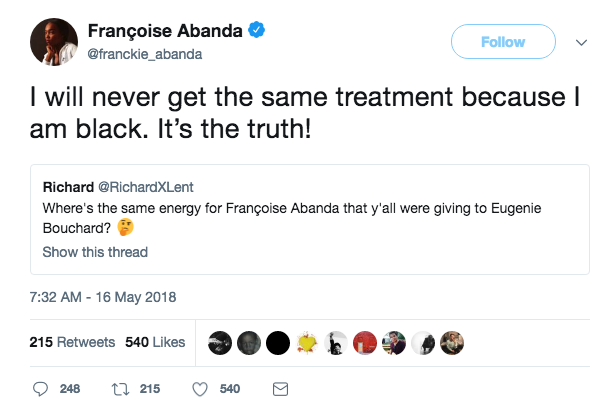 The Montreal native was responding to a comment comparing her to Bouchard, who despite falling in the rankings, still has celebrity status. Bouchard is currently ranked 169th in the world.

The Bouchard comparison is unfortunate, because Genie gets more attention than many players ahead of her on the WTA Tour due to her past success, appearance, and social media presence.

But clearly Abanda’s comments are rooted from somewhere.

In a conference call from Slovakia, Abanda tried to clear the air.

“I don’t have a problem with her, and I respect all the things she’s achieved and I don’t want to bash Bouchard, she played amazing in Fed Cup, we got along really well,” Abanda said.

“Unfortunately when you’re black you don’t get the same exposure you should get for player ranked 120,” she added.

Abanda also mentioned that she was excluded from a Tennis Canada video celebrating Canada Day last year, as well as the lack of media attention regarding her concussion at last month’s Fed Cup tie against Ukraine.

“I’m not asking to be exposed like a No. 1 player, I’m not asking to get the same recognition as other players who have achieved more, I’m just saying that there is a minimum that sometimes I don’t even get.”