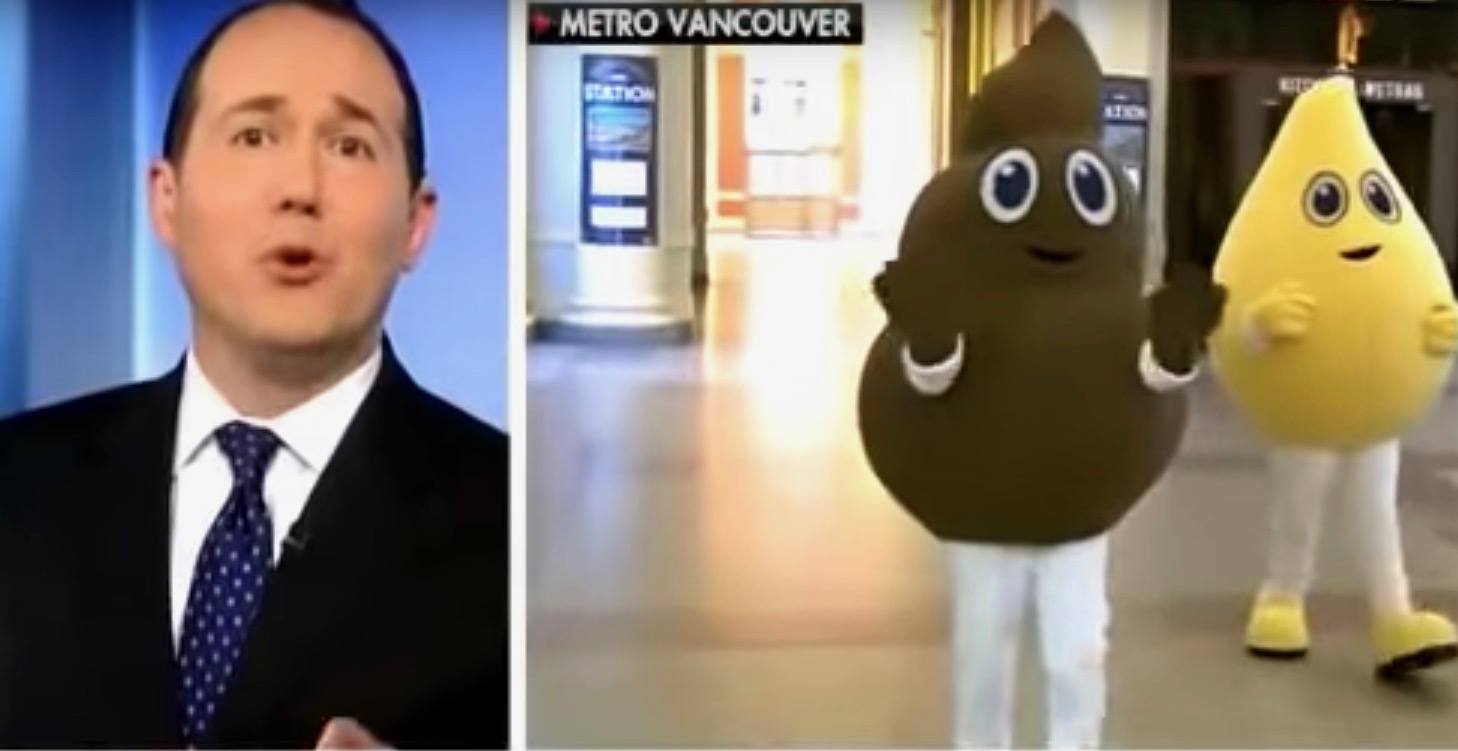 Looks like Metro Vancouver’s new Poo and Pee mascots are raising a stink across the border.

On Wednesday night, the bodily functions, which are part of Metro Vancouver’s third annual Unflushables campaign, were featured on Fox News.

Host Laura Ingraham and commentator Raymond Arroyo had some strong feelings about Poo and Pee while discussing the mascots on The Ingraham Angle. Watch the clip below, starting at 31:34.

“Metro Vancouver is unveiling a new pair of mascots. Now, I wish I were making this up. Their names are actually Poo and Pee,” said Arroyo.

“Now why do we need a giant turd and a droplet of pee to remind people those are the only things that need to be flushed? They’re worried because, I guess, feminine products and other things are being flushed down the toilet,” he continued.

“What happened to just taping something on the door?” asked Ingraham.

While hosts didn’t fully understand the purpose of two people dressed in poo and pee costumes, Metro Vancouver says that the point of the mascots is to remind residents that unflushable items can cause serious damage to the region’s sewer systems and only poo, pee, and toilet paper should be flushed. 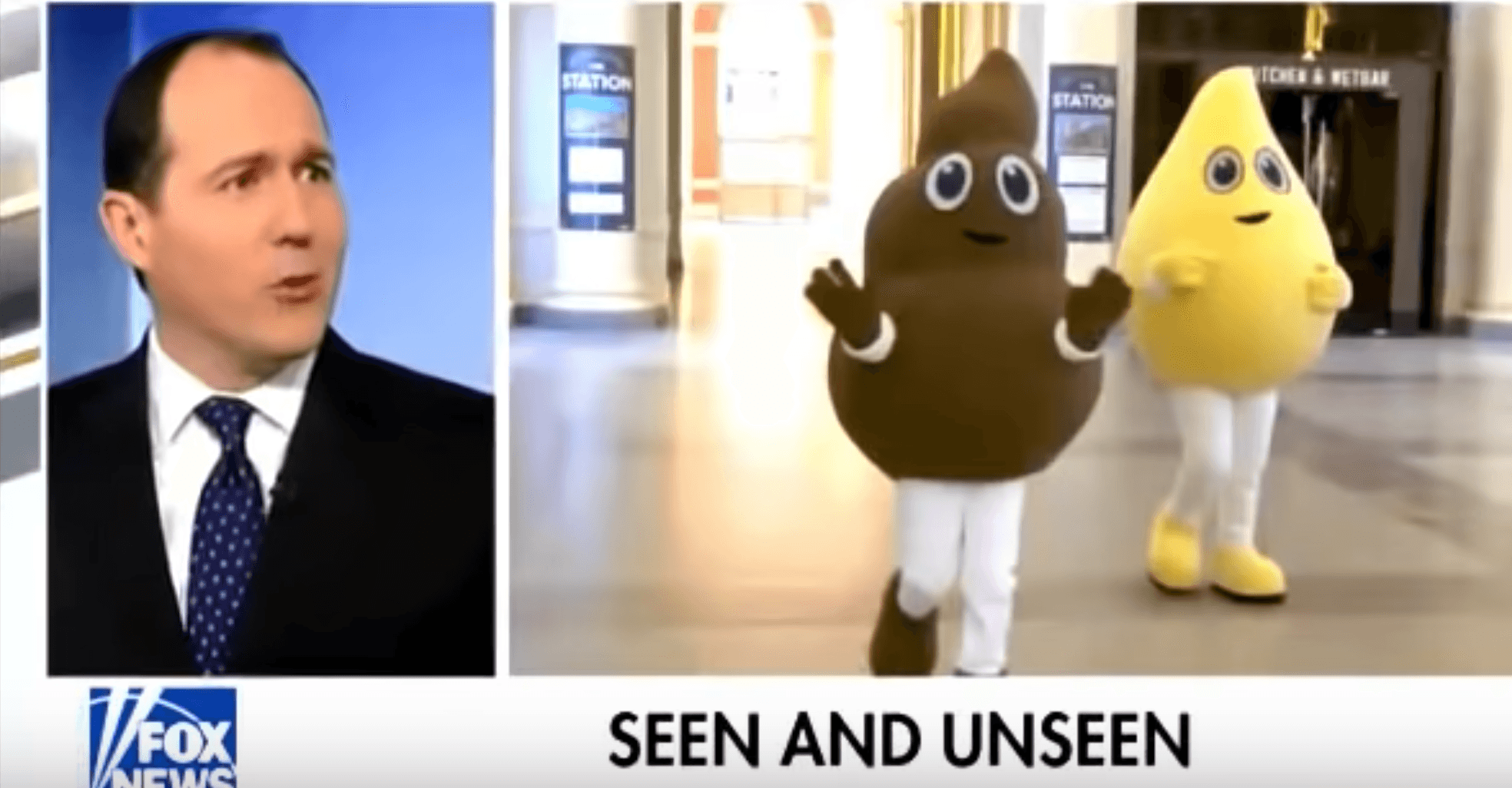 The pair also used the opportunity to suggest some mascots for San Francisco.

“I think San Francisco might consider a big syringe and a big poop — maybe they can rent it from Vancouver — to warn people about what not to drop in the street,” quipped Arroyo.

“Maybe that should be the mascot of San Francisco,” agreed Ingraham.

It seems like Poo and Pee are causing a dump of mixed reactions. The characters may not be number one (or even number two) on people’s list of favourite mascots, but they are serving as a very clear reminder of what items belong in the toilet.