Four Winds Brewing Company joined the B.C. craft beer scene in June 2013. Owned, operated and built from the ground up, it’s been a family operation ever since; six out of the nine employees are in the Mills family, including brothers Adam, Brent, and Sean, along with their dad, and two of their cousins and close friend, Kyle.

The name Four Winds is connected to the old nautical saying “scattered to the four winds” and means going in many directions. Adam Mills says that they “take inspiration from every and all direction in the world.” By doing so, the brothers take great pleasure in trying new world innovations while staying true to old world techniques of creating craft beer.

Their logo consists of four images: hops, barley, grain/yeast, and water. These four ingredients are what is used to make beer. Not to mention that there are four directions on a compass, tying into the whole theme of the name “Four Winds.”

Each bottle’s label has a unique geometrical style that has a very nautical meaning. Four Winds takes the first letter of said beer and pairs it with the nautical flag alphabet (which you will find on the side of the bottle) and uses that image and colour scheme in the overall design and layout of the decal. 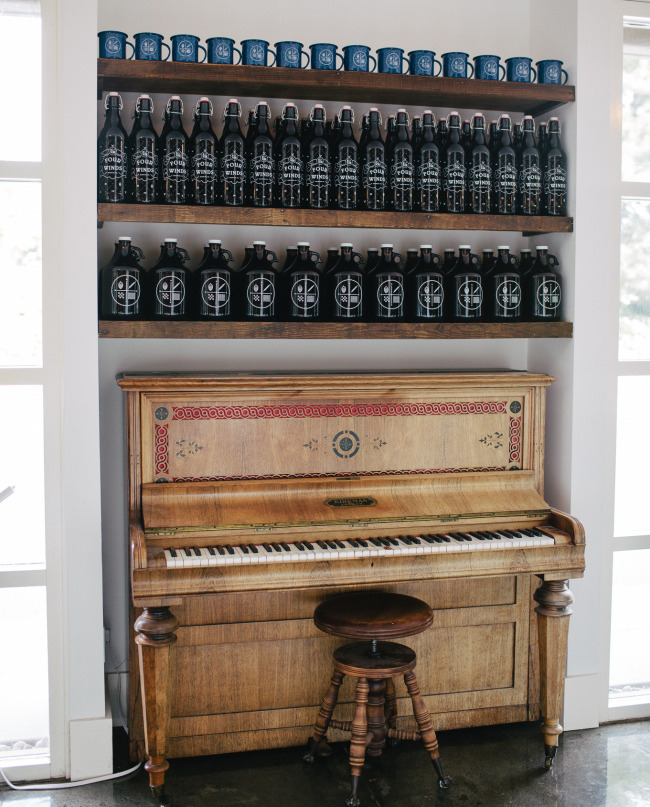 New world flavours infuse this traditional Czech-style beer. Bittered with Bohemian Saaz and finished with a heavy note of New Zealand Motueka, which gives off its dry citrus flavor.

Brewed with aromatic Noble hops, Saison is finished with Pacific Northwest Cascade hops giving off notes of flower and spice.

This beer is definitely more on the bitter side, but hits you with major notes of citrus and flower but finishes off quite smooth.

The Pale Ale is a tribute to the origins of craft-brewed beer. Combined with a duo of Cascade and Centennial hops giving this ale its bitter taste with underlying subtle notes of malt. 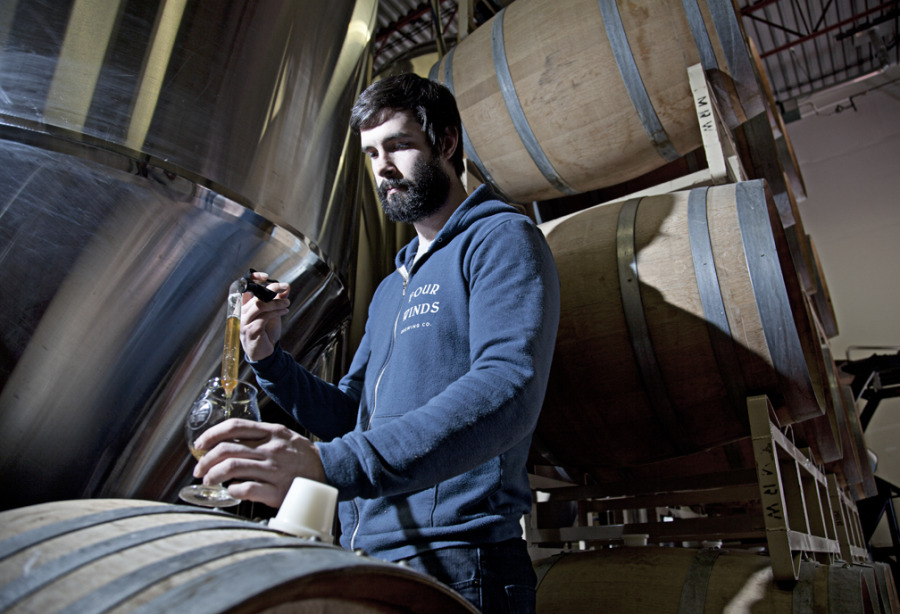 After just one year, the IPA and Saison are current bestsellers, with the Pilsner and Pale Ale trailing close behind.

Four Winds packages its core brews in a unique way that B.C. had yet to see until their debut. The beers are bottled in four-packs, in hopes of appealing to the variety-seeking consumers who tend to buy single bombers (650mL bottles). The idea of having four-packs is that this will allow consumers to try the other selections of beer offered without breaking the bank.

Even though Four Winds Brewing has only been open for a couple of years, it has already been regarded as one of BC’s best breweries. Aiming to craft bold beers with balance, character and depth, they are a must try beer destination that will not disappoint. 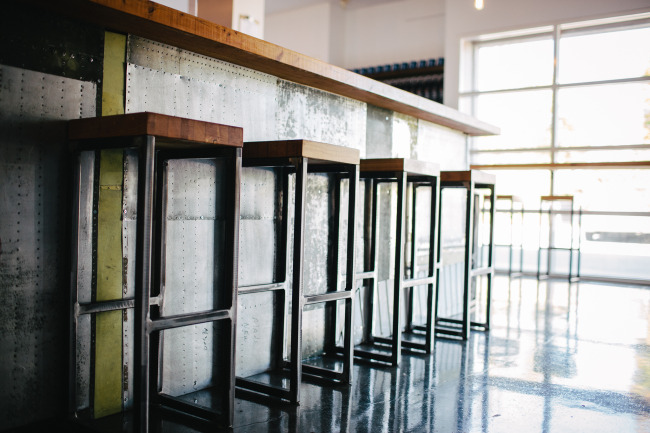 The tasting room is open to the public for tasting, growler fill ups, and bottle sales seven days a week.

In addition to the tasting room, Four Winds beer can be found in bars, restaurants and private liquor stores across greater Vancouver, parts of the Fraser Valley, and Victoria. 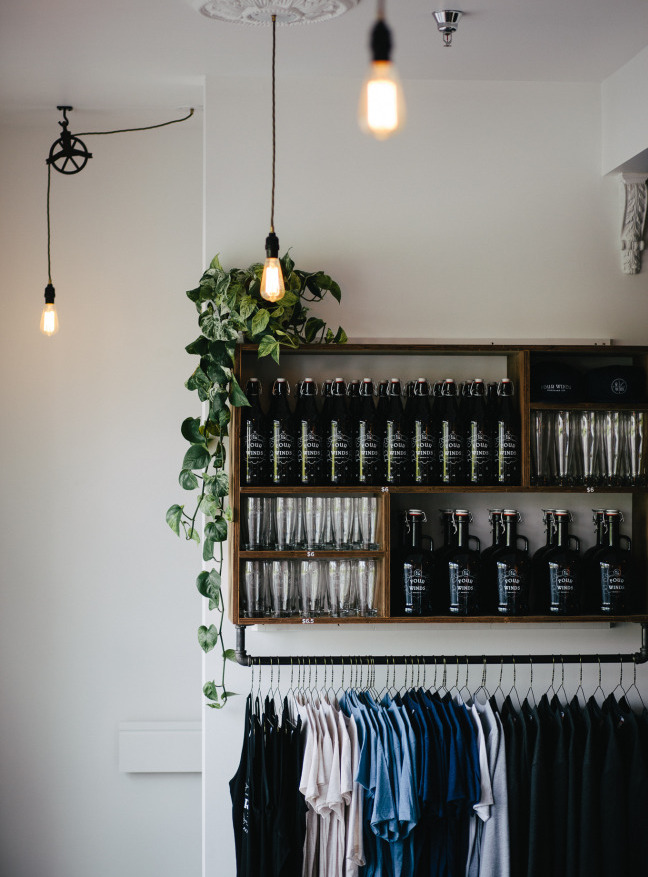 Written by Samantha Lenz. Connect with her on Twitter at @SamanthaLenz.