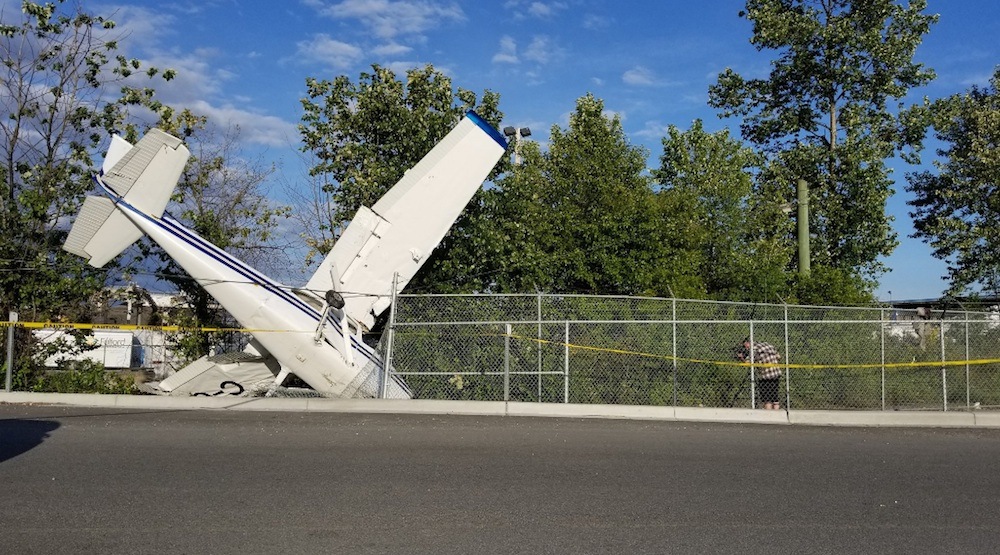 Four people are very lucky to be alive after their small plane crashed in an industrial area at the North Vancouver waterfront.

The incident happened at approximately 4 pm Sunday when a small, single-propeller Cessna 172 Skyhawk crash landed on its nose in a treed area near McKeen Avenue and Pemberton Avenue, according to the Transportation Safety Board (TSB). At the time, the plane was flying between Langley and Tofino.

All four occupants of the plane, including the pilot, survived the crash and were even able to walk away. Only one individual sustained injuries, which have been deemed as minor.

Investigators with the TSB are attempting to determine the cause of the crash.