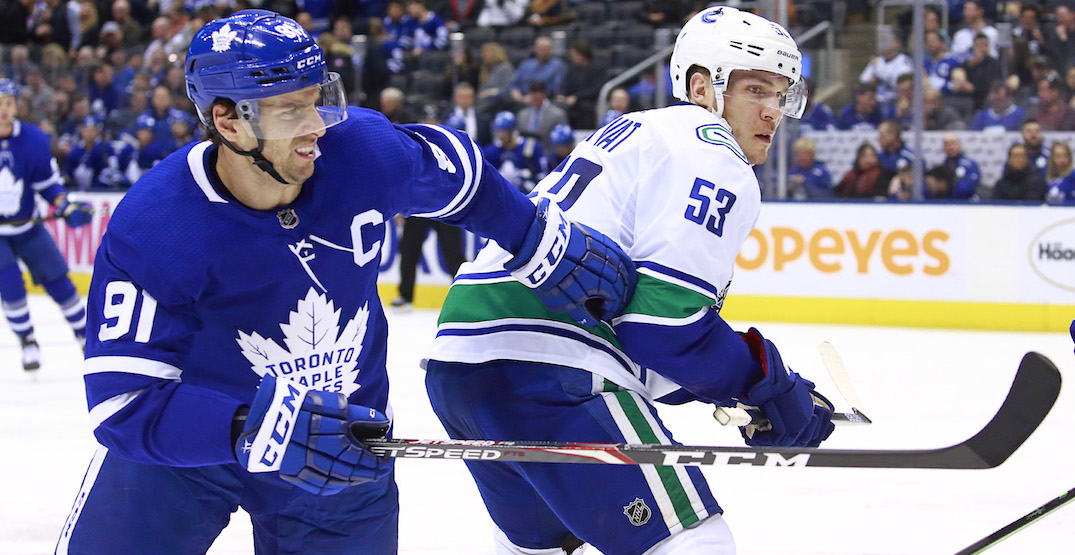 The league is reportedly targeting a January 13 start to next season, is being forced to shake up its divisional alignment next season due to Canada’s mandatory 14-day quarantine law for incoming travellers.

That presents an intriguing twist for hockey fans north of the border, as a first-ever all-Canadian division is a virtual guarantee.

“We have travel issues because of the restrictions at the border between Canada and the US,” NHL Commissioner Gary Bettman confirmed in an interview with Tom Gulitti of NHL.com this week. “You can’t go back and forth, so we’re actually going to have to realign.

“If everything stays the way it is, we’re probably going to have to have a Canadian division and realign in the US.”

While the new divisions haven’t been finalized yet and are subject to change, TSN’s Pierre LeBrun has reported what the current plan is:

Not finalized yet, and still subject to change, but the 2020-21 four-division re-alignment currently looks like this according to sources:

The seven Canadian teams would make up the final division, consisting of the Toronto Maple Leafs, Montreal Canadiens, and Ottawa Senators from the East, and the Vancouver Canucks, Calgary Flames, Edmonton Oilers, and Winnipeg Jets from the West.

The Canadian NHL teams would play all their games amongst themselves, at least while the border remains closed, and that may be true for the other three divisions as well.

If we assume at least 48 games will be played, that means at least eight games each between Canadian rivals, which is double the amount of times teams like Calgary and Edmonton, or Toronto and Montreal, usually play against each other. It’s also four times as many meet ups than usual between East-West rivals like the Canucks and Maple Leafs.