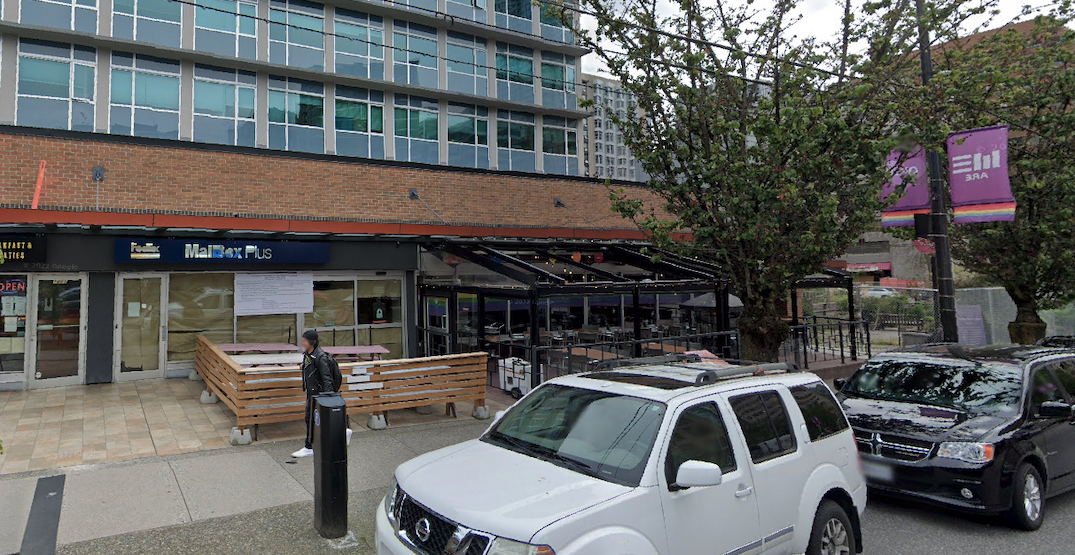 A policy enforced by City of Vancouver staff that prevented the Fountainhead Pub from simply seamlessly expanding its footprint into an adjacent retail unit was universally slammed in a Vancouver City Council meeting earlier this week.

By the end of the deliberations, and after hearing from public speakers, city council dismissed city staff’s concerns and recommendation to follow city policies to the letter, and unanimously approved the pub’s highly preferred business model.

The operators of the LGBTQ pub — an institution in Davie Village after its history of two decades — sought city staff’s permission to double the size of the establishment by knocking down a portion of its west wall to expand into the adjacent former Mailbox Plus unit.

This would expand the interior capacity from 111 people to 255 people, and the outdoor patio capacity from 36 people to 64 people. In the process, with the increase in capacity, the Fountainhead Pub would transition into the class 3 liquor licence, as opposed to its existing class 2 designation.

But city staff objected to the class 3 liquor licence, as the city’s distancing policy requires at least a 100-metre separation between class 3 establishments in downtown’s commercial areas. City staff suggested that a one-time exception for the pub could “introduce uncertainty in the city’s process and assessment of applications.”

Numbers Cabaret, a class 3 establishment just across the street, is noted by city staff as the distancing obstacle for the Fountainhead Pub’s ambitions. John Clerides, the operator of Numbers, told city council he supports the pub’s expansion, given how it would complement and intensify the area’s LGBTQ scene.

Instead, city staff recommended to city council that the Fountainhead Pub should open a physically separate secondary pub within the former Mailbox Plus unit, with a maximum interior capacity of 65 people and an outdoor patio capacity of 19 people.

Concept for a seamless expansion of the Fountainhead Pub: 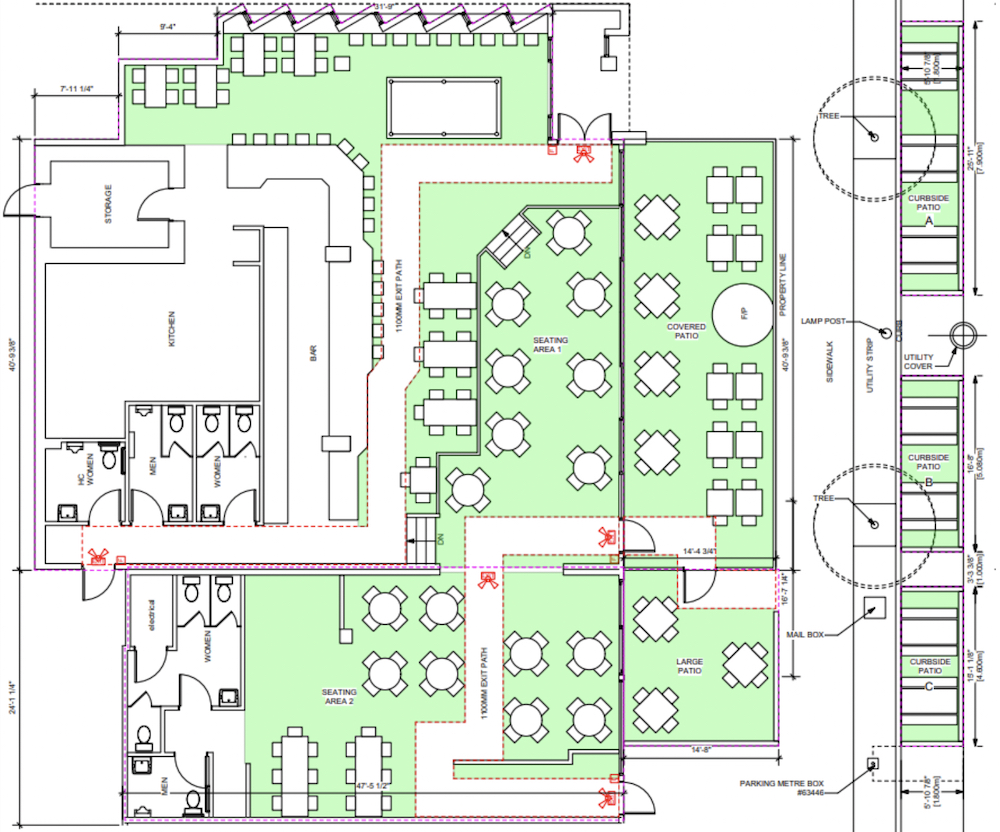 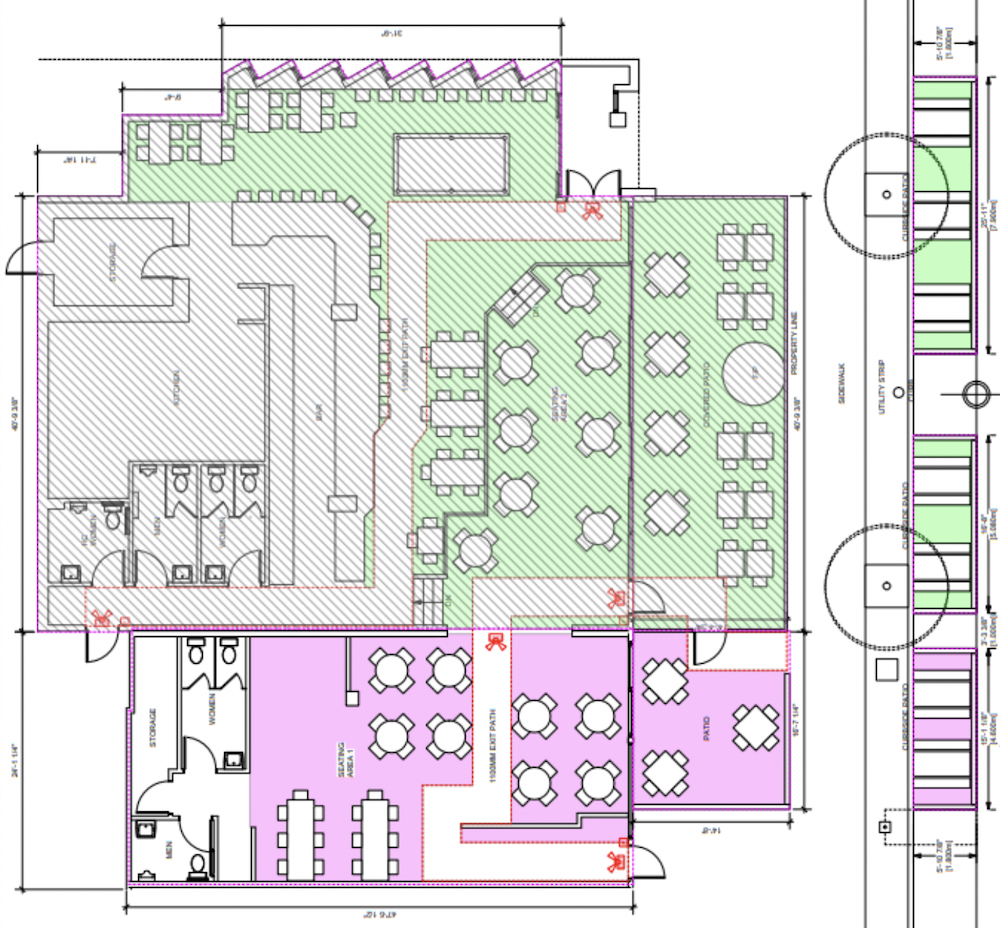 ABC councillor Sarah Kirby-Yung grilled city staff on what this would mean for the pub’s operators.

“Practically, that means this operator would have to have two businesses, two different names, two different sets of books, two kitchens, two staff, and two of everything. They’d be running the same type of operations but with a wall,” said Kirby-Yung.

“I support one streamlined licence to the Fountainhead that will enable it to operate one business efficiently and not create double the work, and double the amount of requirements in red tape, which essentially is what I think the recommendation if it not amended will do. Accepting the existing recommendation [by city staff] would really be like giving the finger to common sense. At some point, we have to create an environment where it’s actually easy to do business, and this is an example that really illuminates how challenging and impactful in a negative way from a cost and an operational perspective our regulations can be.”

Michel Duprat, the managing partner of the Fountainhead Pub, further elaborated that his business has already paid nearly $100,000 in rent to retain the vacant unit, while they wait for city staff to approve their application. They took over the adjacent unit in early 2021 and submitted the application in May 2021.

He further elaborated that there are operational concerns with “uneven patronage” under city staff’s recommended model of two physically separate pubs, despite both establishments providing a similar experience. 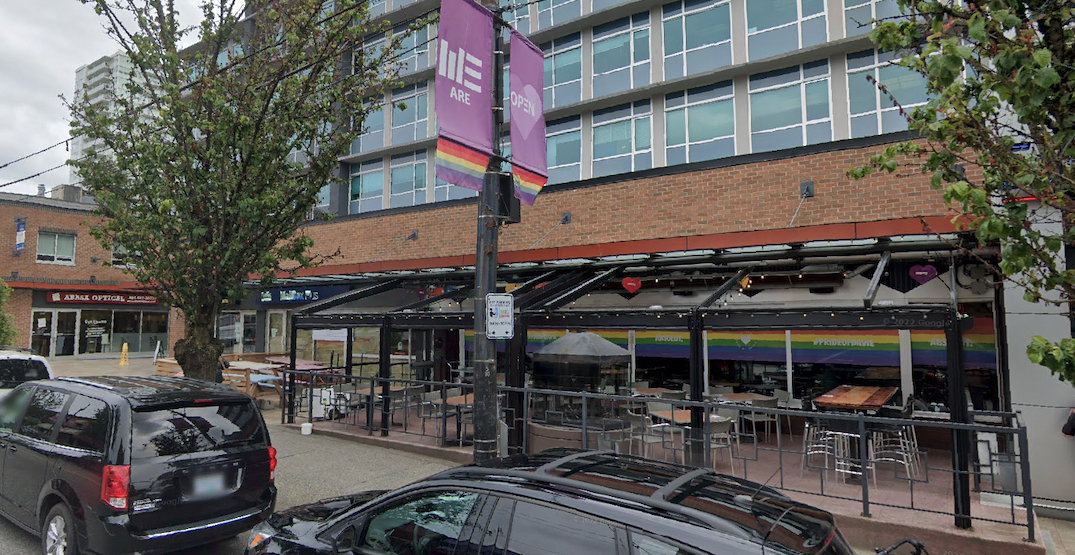 Bert Hick, the president of Rising Tide Consultants, which submitted the application on behalf of the pub, was more direct with the frustrations of the owners.

Hick noted that not only would the two physically separate pubs have different operations, but there would also be separate business licences, separate liquor licences, another time-intensive development permit, and another good neighbourhood agreement.

“I must ask, why are we here? What we’re talking about is merely an increase in capacity for a neighbourhood pub,” said Hick.