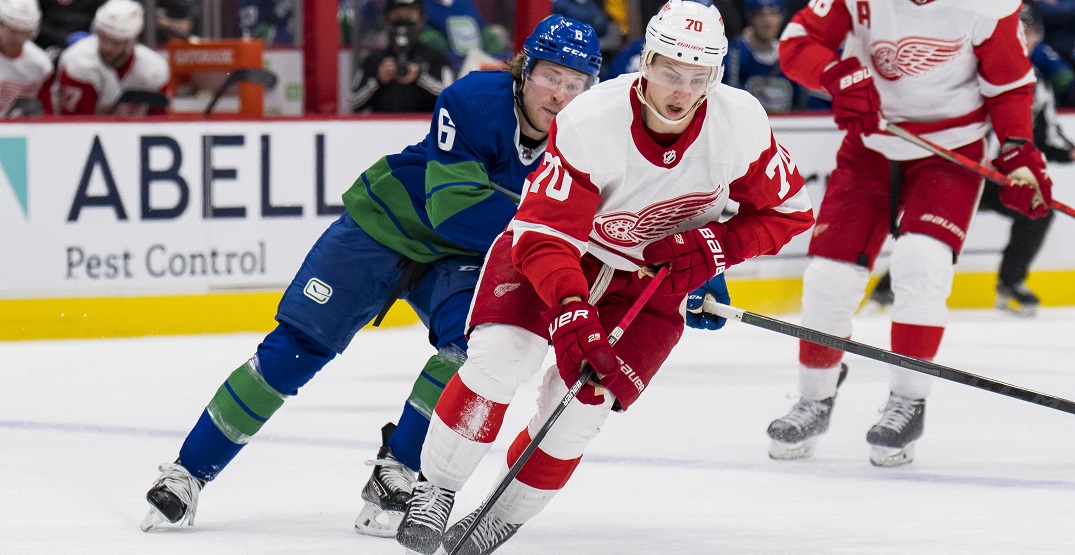 Troy Stecher is on the move once again.

The former Vancouver Canucks defenceman hit the market on Sunday, being shipped off from the Detroit Red Wings to the Los Angeles Kings. The Red Wings themselves announced the trade, with the return for Stecher coming in the form of a 2022 seventh round draft pick.

UPDATE: The Detroit #RedWings today acquired a 7th round pick in the 2022 NHL Entry Draft from the Los Angeles Kings in exchange for defenseman Troy Stecher. pic.twitter.com/Ao61adhzzm

Stecher has played in 16 games with the Red Wings this season, scoring one goal while adding one assist. He’s averaging 15:08 per game of ice time, which is a career-low in his six NHL seasons.

A native of Richmond, Stecher was one of the Canucks’ cult heroes in his four seasons with the team.

In total, Stecher played with Vancouver across four seasons, scoring 11 goals while adding 64 assists. Stecher originally joined the Canucks as an unsigned free agent out of the University of Dakota before blossoming into an NHL regular.

Stecher joined the Red Wings in October 2020 after failing to re-up his contract with the Canucks.

The move also reunites Troy Stecher with former defensive partner Alex Edler, who joined the Kings this past offseason.

The move comes under an hour after the Canucks traded Travis Hamonic to Ottawa in exchange for a 2022 third-round draft pick.