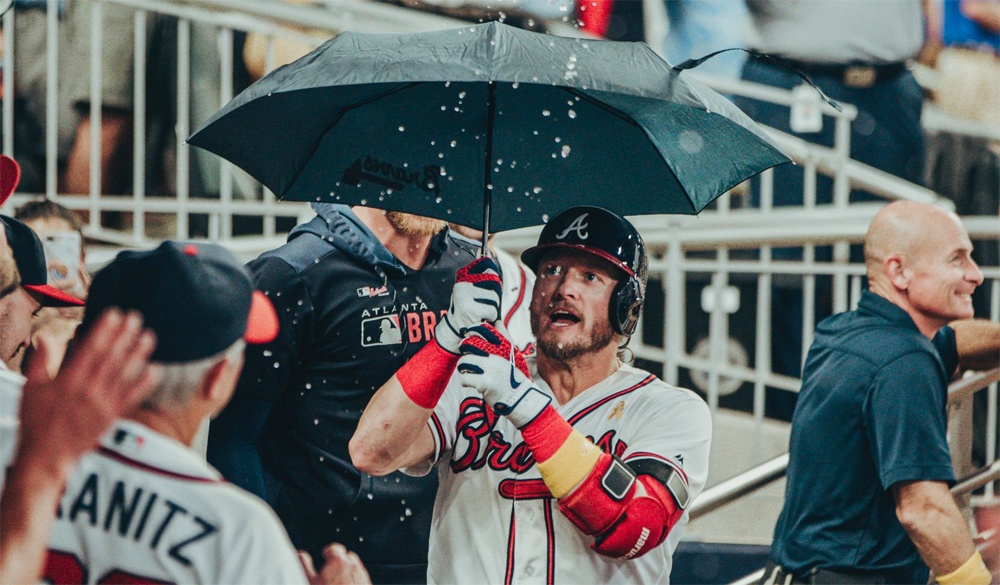 In 2015, the Toronto Blue Jays extinguished their 22-year long playoff drought, which was the longest in Major League Baseball. After back-to-back trips to the postseason in 2015 and 2016, the Blue Jays haven’t tasted October baseball since.

For the third straight year, Jays fans will live vicariously through the 10 teams that clinched playoff berths. The postseason begins on Tuesday, with the Milwaukee Brewers taking on the Washington Nationals in the NL Wild Card game. The AL Wild Card game features the Oakland A’s and the Tampa Bay Rays on Wednesday.

The #Postseason is here and we want your predictions!

Who will face off in the #WorldSeries, who will win it all and why? #TheRundown pic.twitter.com/OoQ4uEssmu

However, there are plenty of Blue Jays connections to those teams through former players, some who played for Toronto earlier this season.

The Blue Jays’ season came to an unceremonious conclusion, but here are some former bluebirds fans can keep their eyes on throughout October.

There’s only one sole former Blue Jay on the NL East champs Atlanta Braves roster, and that’s Josh Donaldson. The former AL MVP and Blue Jay enjoyed a renaissance campaign with his former GM Alex Anthopoulos and the Braves.

As one of the favourites coming out of the National League, the Bringer of Rain and his Atlanta Braves look to do some damage in their second straight trip to the postseason.

Of all the playoff-bound teams, the Houston Astros have the most former Blue Jays on their roster this season. Joe Biagini and Aaron Sanchez were sent to Houston at the trade deadline, Roberto Osuna was shipped out last year and Joe Smith signed as a free agent.

Four former Blue Jays pitchers, now four members of the Astros pitching staff (although, Sanchez is done for the season and Biagini might not even crack the team’s playoff roster).

This past offseason, the Blue Jays traded Russell Martin to the Los Angeles Dodgers for nothing. The Canadian backstop not only played for one of the best teams in the National League, he returned to the organization that drafted and developed him back in 2002.

Martin will play backup catcher in the playoffs as rookie Will Smith garners most of the playing time.

Is there a chance that Eric Thames tenure in Toronto comes full circle? The first baseman is a free agent at season’s end and the Blue Jays have an apparent opening at the position: why not reunite with Thames?

In the meantime, he’ll play for one the hottest teams in baseball: the Milwaukee Brewers. They came out of nowhere in September to secure their playoff spot, even though their former MVP Christian Yelich is done for the season.

Blue Jays fans need only look across the AL East to find a few former Blue Jays who are now playing in pinstripes. J.A. Happ was traded to the Yankees last season and Edwin Encarnacion was traded from Cleveland to New York this season.

Urshela had an unimpressive run in Toronto, but has blossomed with the Yankees, setting career highs in every offensive category.

There was once a time when Dominic Leone was the Blue Jays second-most reliable reliever out of the bullpen. The Blue Jays traded Leone along with pitching prospect Conner Greene to the St. Louis Cardinals for Randal Grichuk.

The Blue Jays don’t miss Leone’s presence in the bullpen all that much, but Leone has the last laugh as he’ll be playing October baseball this season with the Cardinals.

Oliver Drake has the distinction of playing for five — yes, five — different organizations over the course of one season. The Blue Jays were one team who cast the career journeyman aside, who has carved out a niche in the Tampa Bay Rays’ bullpen this year.

Former Blue Jays infielder Eric Sogard is also making an appearance with the Blue Jays’ division rival (albeit he hasn’t played since September 15 after fouling a ball off his foot). Sogard clubbed two home runs in his very first game as a member of the Rays this season.

Blink and you might’ve missed it, but Javy Guerra broke camp with the Blue Jays this year, yet was released just a few weeks into the season. The Washington Nationals picked up the veteran reliever, and he hasn’t looked back since.

Yan Gomes was once a catcher/infielder in the Blue Jays organization, and he’s bounced around from Toronto to Cleveland, settling in Washington as the Nats’ backup catcher this year.

The Blue Jays traded Daniel Hudson to the Nats earlier this season and the 10-year veteran posted a solid second half with the eventual Wild Card-bound Nationals. He’s been elevated to the closer position in Washington and manager Dave Martinez entrusts Hudson with the team’s highest leverage relief innings.