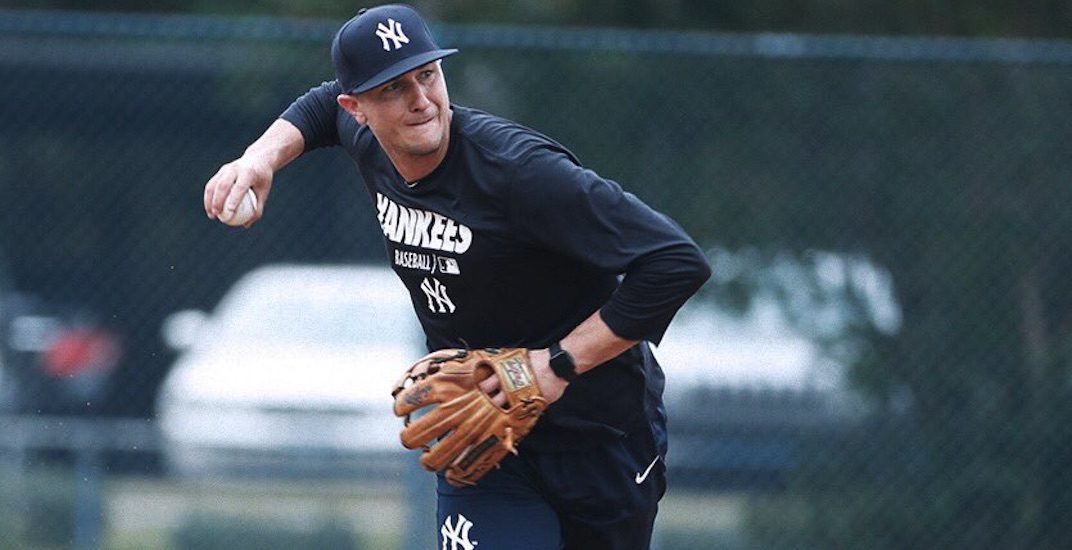 Showing up to spring training with a brand new team is probably like starting over at a new school. There’s a bunch of new people, they dress way differently and you don’t quite feel like you fit in right away.

That must be what it’s like for some former longtime Toronto Blue Jays with their brand new teams for the 2019 season. Last year, the Blue Jays cleared house of many of their veteran players, making way for the team’s long-awaited rebuild.

Yes, baseball is a business and these players often bounce around from team to team. But that doesn’t make it any less jarring when a longtime Blue Jay suits up in a whole new uniform for the first time.

What you’re about to see may look a little weird, but we assure you, these guys no longer play for the Toronto Blue Jays.

This is probably the strangest of them all. After four seasons with the Toronto Blue Jays (technically, only two-and-a-half seasons that he was on the field), Troy Tulowitzki turns over a new leaf with the New York Yankees.

Remember, the Yankees are paying the league minimum of $555,000 for Tulowitzki to be on their team this year. Meanwhile, the Blue Jays will fork out close to $20 million for him not to wear their uniform this year.

That seems like a high price to pay, but if it clears the way for one of the Blue Jays shortstop prospects like Lourdes Gurriel Jr. or Bo Bichette to emerge as legit big leaguers, then it will be money well spent.

Technically, this is Josh Donaldson’s third team in less than a year (he played briefly for the Cleveland Indians at the end of the 2018 season), but it’s still bizarre not to see him draped in Blue Jays blue this spring.

Instead, he traded in his old blue for some new navy blue in Atlanta, where he’s reunited with his former General Manager from Toronto: Alex Anthopoulos.

The player who has the least amount of shock to the system might be Russell Martin. He went back to his roots after being traded back to the team who drafted him: the Los Angeles Dodgers.

Earlier this week, Russell Martin told Spectrum Sportsnet in Los Angeles: “I’ve been home for four years, but now I’m going back to a place that felt like home, eight, nine years ago.”

Martin broke into the majors as a member of the Dodgers in 2006 and enjoyed a five-year run as the club’s starting catcher.

Hey Marco Estrada, what was it about the A’s that made you want to join the team? pic.twitter.com/KDiyVpBGhr

The man who was a playoff beast for the Blue Jays in 2015 and 2016 is hoping to rekindle his career as a member of the upstart Oakland A’s. Marco Estrada signed a one-year, $4 million deal with the Athletics for the 2019 season.

The #Padres have signed LHP Aaron Loup to a one-year contract, including a club option for 2020: https://t.co/taOZ2xKIaf pic.twitter.com/m9vrQZshMz

He may not have been one of the most prolific Blue Jays relievers of all-time, but Aaron Loup was one of the few remaining members of those magical 2015 and 2016 Blue Jays teams.

Loup was also the longest-tenured Toronto Blue Jay before he was traded to the Philadelphia Phillies last summer at the trade deadline. Loup landed in San Diego and inked a one-year deal with the Padres for $1.2 million this year with the potential for a $2 million option in 2020.