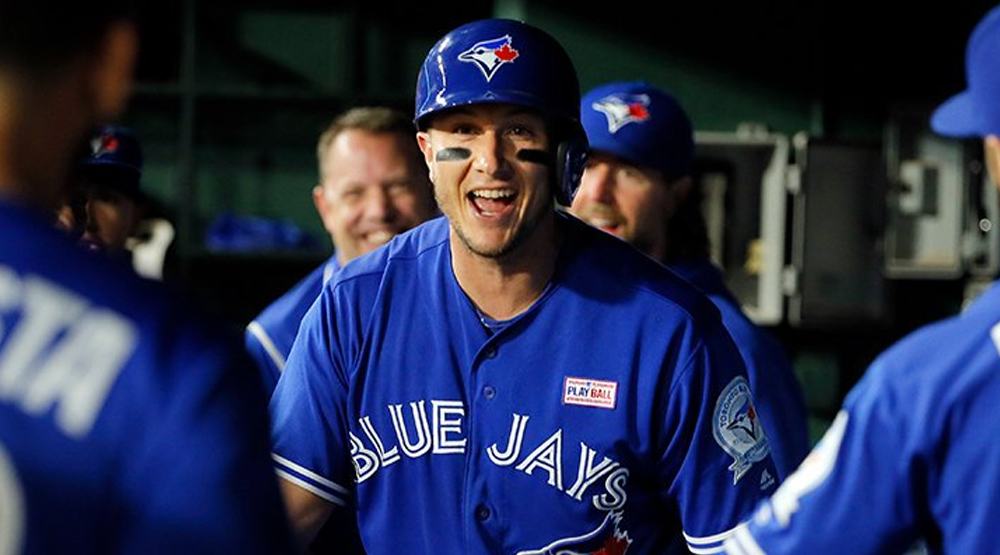 Of all teams, it was the Toronto Blue Jays who pulled off the most shocking move of MLB’s Winter Meetings in Las Vegas.

It wasn’t a trade. It wasn’t a free agent signing, either. The Blue Jays surprised the baseball world by releasing a $38 million balloon into the sky in the form of Troy Tulowitzki’s contract.

Just like that, the remaining two-plus years on his contract and the remaining $38 million got crumpled up, lit up and with it, one of the final few embers of those thrilling 2015-2016 Blue Jays teams.

That’s a huge amount of money to pay a player to go away, but for the Blue Jays, that $38 million was a sunk cost. Tulowitzki had no trade value whatsoever and he was making that money no matter what.

By releasing Tulo now, as opposed to Spring Training 2019, it opens up the roster spot. He’s no longer in the running to be the team’s second or third shortstop on the depth chart. Now, he can attempt to find a job elsewhere, because Tulo had an uphill battle to make the Jays’ 2019 Opening Day roster.

This was likely to happen all along as the Blue Jays and Tulowitzki were on a collision course for a messy breakup. The fact that he hasn’t played since late July of 2017, the large sum of money left on his contract and his refusal to move off the shortstop position, it was bound to blow up sooner or later.

Rather than letting things linger, the Blue Jays pounced and chose to rip off the Tulo band-aid right now. It was an extremely expensive decision, but it was the correct decision.

The Blue Jays were approaching an impasse with Tulowitzki anyway. Realistically, it could’ve gone one of two ways. Either one, he continues to rehab, goes back on the disabled list, misses most (if not all) of 2019 and the club does this song and dance yet again next offseason.

Scenario two – Tulowitzki displays moderate range and hitting ability, battles Lourdes Gurriel for playing time and Tulo makes the roster, but in a part-time capacity. However, that scenario wouldn’t work because last August, Tulowitzki told reporters: “if someone’s better than me, I’ll pack my bags and go home.”

Judging by those comments, he still views himself as a starting shortstop… with the Blue Jays, at least. Meanwhile, the team has plenty of depth at the shortstop position, behind Gurriel, Richard Urena and Tulowitzki’s future replacement: Bo Bichette.

In order for Tulo to have any trade value, he’d need to play in an everyday capacity. In order to play every day, he’d need to be fully healthy, which he hasn’t been in 17 months. Sensibly, there’s no way Tulowitzki was ever going to play everyday shortstop for the Blue Jays again, which is likely why the team opted to release him.

While the Blue Jays don’t forecast to contend in 2019 and perhaps even 2020, playing time is a valuable commodity for a rebuilding organization. The club has questions to answer as to who will be the next young phenom to play shortstop in Toronto.

Everyday playing time at the big league level is extremely important for the development of a young player. Gurriel isn’t a fully-completed project, but the experience he gained at the MLB level in 2018 was valuable intel for the Blue Jays.

It’s extremely difficult to determine whether a prospect has staying power if you’re trying to work a 34-year-old injury-riddled veteran into the fold. Theoretically, someone like Tulowitzki should be able to co-exist on a Blue Jays roster that also includes Gurriel at shortstop, but it’s much more complicated than that.

Since his injury in July of 2017, other shortstops eclipsed Tulowitzki on the Blue Jays depth chart. If he wasn’t going to play everyday, there’s almost no sense in having him play at all… even if that means eating $38 million to make him go away.

Much like the Josh Donaldson scenario, it’s a shame that things had to end this way. Yet, with Blue Jays in rebuild mode and Tulowitzki not figuring into the long-term plans of this team, his contract was a roadblock for the Jays’ next big shortstop. Whether that’s Gurriel, Bichette or somebody else entirely remains to be seen.

This much was clear; Tulowitzki didn’t factor into the Blue Jays’ long-term plans of contention. Therefore, they pulled the parachute now in the hopes it opens up a spot down the road for the next Tulo.