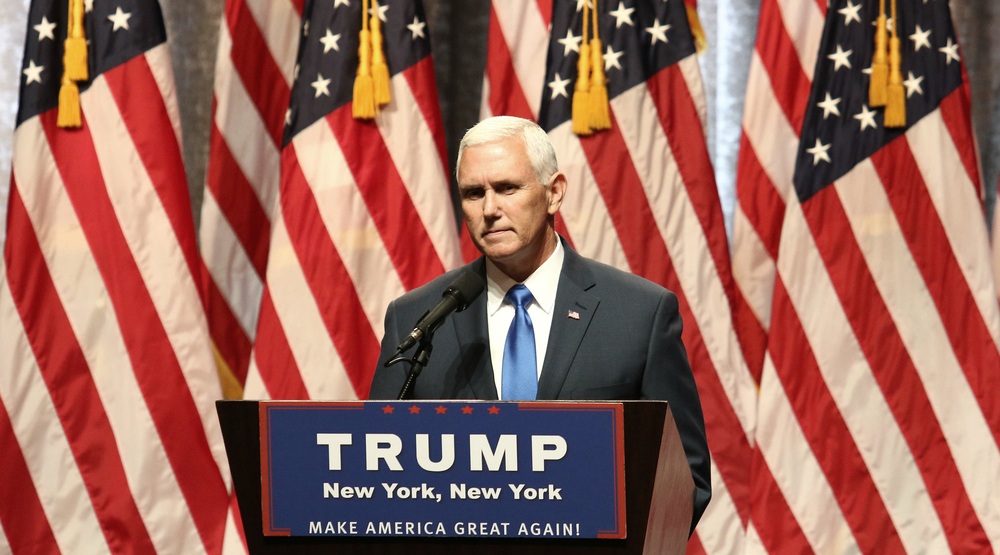 On Tuesday night, Canadians (like the rest of the world, I suspect) watched in shock as former The Apprentice star Donald Trump got himself hired as the 45th President of the United States. I’m not too proud to admit that I did not see that coming at all and am now thankful that I didn’t accept UQAM’s Raoul Dandurand Chair’s kind invitation to watch the elections unfold from their SAT party. I’m an ugly crier and I saved myself (and others) the spectacle.

Huddled in my own private hell of disbelief, I stayed up until 2 am, first desperately hoping that Clinton could manage to pull a late-night upset (even as equally shocked and saddened friends kept telling me it was over), and then listening to the stunned commentaries of pundits who tried to make sense of something they had a hard time grasping.

I woke up the next morning and for a brief moment I didn’t remember what had happened. And then reality assaulted me.

A day later, and after Trump’s conciliatory speech (a far cry from his deeply divisive rhetoric on the trail), I am starting to come to terms with the fact that Trump, riding a wave of deep discontent and fear of rapidly changing demographics, pulled the biggest con job ever. As a classic narcissist, Trump told a large faction of Americans exactly what they wanted to hear and watched the needle of approval move.

He harnessed people’s own emotions, prejudices and fears against them (and make no mistake about it, the rude awakening will be most brutal on the people who actually voted for him and soon come to realize he can do very little for their plight), and rode straight to the White House.

But, if truth be told, I honestly don’t believe he means half of what he says or espouses. Just like he has constantly flip-flopped on numerous important issues over the years, or proven himself to be painfully ignorant on many others, I suspect the business of actually leading will bore him. Like a classic narcissist the chase is what’s most appealing, and once you have it locked down, you want out or become slightly bored.

Faced with a GOP party that isn’t particularly friendly towards him, with the tedious, every day mundane business of governing, and with the Democrats and a widening pact of civil rights groups ready to take him on every step of the way, Trump who has had “Yes men” around him his entire life, will find himself quickly irritated, bored, and probably overwhelmed. I don’t fear him as much as I’m exasperated and offended by the thought of a privileged man born into the 1% conning his way into the Presidency by pretending to be the working man’s champion and using a platform easily given to him to feed off (and by extension, inflame) racial tension, class warfare, and bigotry to ascend to power.

Trump, in the most simplistic of analyses, is a mere puppet. He is the hollow, shapeless, malleable husk of a man who believes nothing and values nothing other than what has a Trump stamp on it, be it buildings, wives, golf courses, or kids. When he’s not aggravating me, I mostly feel sorry for him.

But the man I’m most terrified of, and who will make me sleepless for the next four years, is his VP, Mike Pence. Unlike the feelings of warm reassurance I would feel every time Joe Biden would walk into a room with Obama, all chicklet smiles and hugs and love of quaint old-timey words like “malarkey,” Pence scares the living daylights out of me. I will live in constant dread that, if something were to happen to Trump, Pence would become the President, and I sincerely can’t think of anything more troubling.

Pence is articulate and smart and personable. I honestly enjoyed listening to him during the VP debates. He can make convincing arguments and, unlike Trump, doesn’t come off as a fumbling just-woken-up three-year-old who accidentally walked into the living room late at night while the adults were trying to have a conversation about politics. While Trump is on record as wanting to grab women’s pussies, Pence is all gentlemanly charm with his shy smile and quiet demeanour. Trump’s the loud misogynist boor you were warned about; Pence is the sweet, dangerous frat boy you didn’t even see coming.

If you believe I’m fear-mongering, bitter about the results, or are unable to understand why so many Americans are deeply and justifiably worried right now, take a look at just a few of the many right-wing policies he has been behind. This isn’t hyperbole, this is real.

While Trump has never seemed able to make up his mind (contradictory statements), ultra-religious Pence has always been very clear on the issue. As Governor of Indiana he decimated access to abortion, has talked about how he longs for the day Roe v Wade is “sent to the ash heap of history,” once jailed a woman who had had a miscarriage, slashed Planned Parenthood, closed clinics, and as a result was responsible for a major HIV outbreak in his state. He even signed a law this past year requiring burial or cremation for aborted fetuses. This is the man who will have Trump’s ear for four years and will be largely influential in appointing anti-abortion Supreme Court Judges. Make no mistake, Pence gave Trump the conservative legitimacy that allowed many Republicans to vote for him.

Pence has made it easier to discriminate against the LGBTQ community

In 2015, he signed the Religious Freedom Restoration Act allowing individuals or corporations to be able to cite religious beliefs for refusing, for example, to serve same-sex couples, wanted to ban marriage equality, and even signed a bill to jail same sex-couples for applying for a marriage license. He also feels that, instead of spending federal money on battling HIV, it should be spent on conversion therapy for gays seeking to change their sexual behaviour. This is the guy Americans elected for their VP, a man who thinks you can pray the gay away.

Pence has consistently been against raising the minimum wage and expanding healthcare for low-income children, he has supported deporting undocumented children, he has voted against any attempts at environmental legislation, he doesn’t believe in regulating greenhouse gases, is a big fan of offshore oil drilling, a fan of creationism, doesn’t think that smoking can kill (that pesky science ruining our fun again), has not been a big supporter of public education, and totally agrees with Trump that a wall needs to be built.

So while Trump may be all distasteful bark, I think Pence will be the one with the dangerous bite. And while I know there is a system of checks and balances in place, now that the Republicans control both the Senate and the House of Representatives, and with an unpredictable President sitting in the Oval Office, allow me and many others to worry.

I plan to continue worrying for the next four years. Hell, I may even start praying – and I’m an atheist.