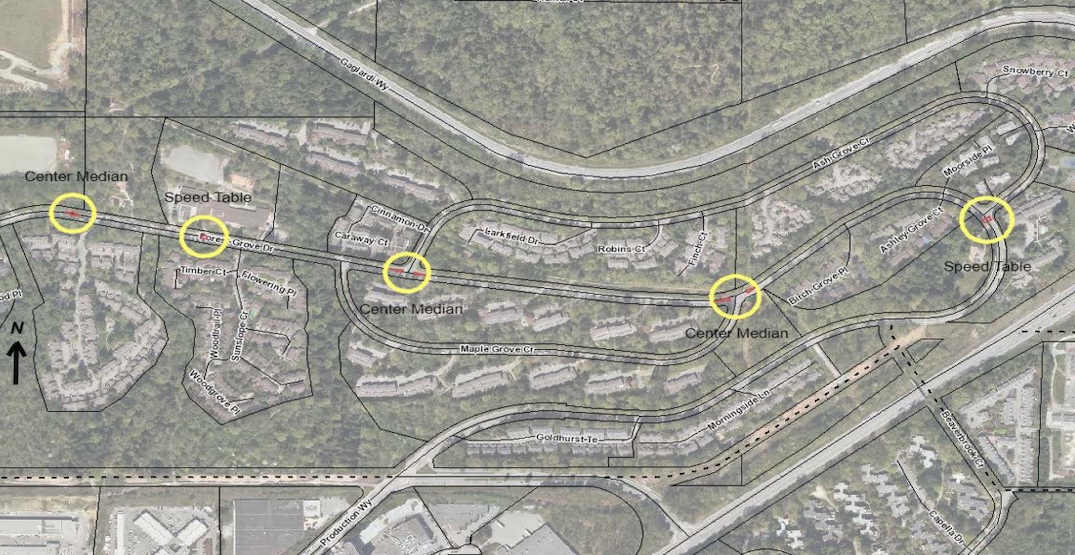 The Forest Grove neighbourhood between SkyTrain’s Production Way-University Station and the foot of Burnaby Mountain will see a traffic calming pilot project.

The City of Burnaby intends to implement traffic calming measures along Forest Grove Drive, which is mostly a narrow  two-lane width road with curbside parking in some areas, running between the northern end of Production Way and Underhill Avenue to the west.

The neighbourhood is only accessible from both ends of Forest Grove Drive, and is not a route up to the Simon Fraser University campus. TransLink’s Route 136 Lougheed Station/Brentwood Station bus route runs along Forest Grove Drive.

Traffic calming measures are being implemented on Forest Grove Drive after residents complained about drivers speeding this summer in front of Forest Grove Park, Forest Grove Elementary School, and eastwards. Speed data collected at several locations show the vast majority of drivers were traveling at about 50 km/hr in 30 km/hr zones.

To help address the issues, the municipal government will install traffic calming measures in certain areas that include centre medians to reduce the width of the roadway, and speed humps with a three-metre-long table top.

These measures are expected to carry a cost of $40,000. The findings from the pilot project will be used to determine whether permanent changes should be made. 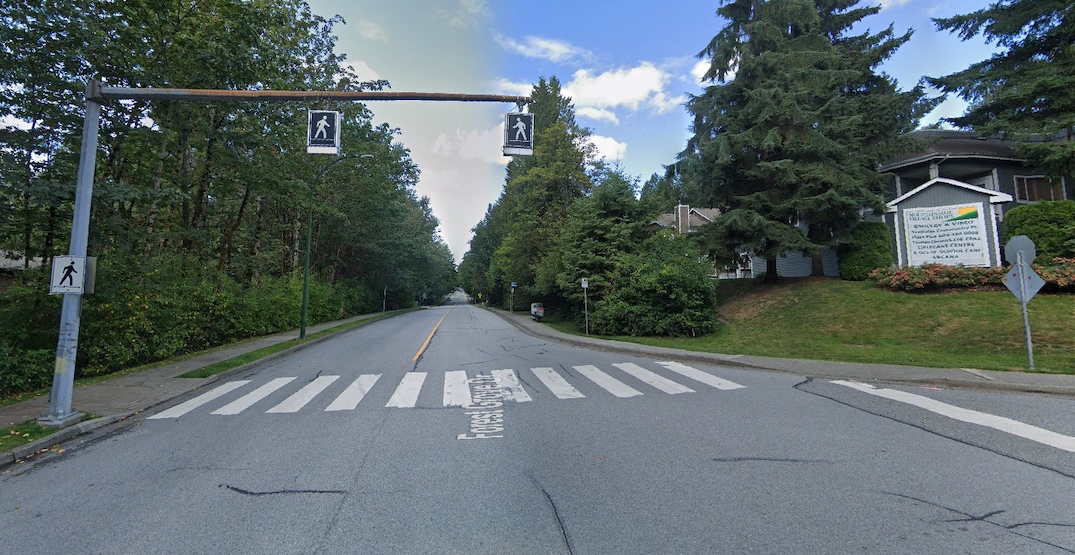 However, city staff have also noted that the vehicle traffic volumes along Forest Grove Drive are within the range of its street classification as a local collector road — between 2,000 and 3,000 vehicles per day. Furthermore, most of the speeders are believed to be residents in the neighbourhood.

“Forest Grove Drive does not provide any convenient shortcuts to destinations beyond the surrounding neighbourhood, therefore the majority of motorists (and speed violators) are expected to be residents,” reads a city staff report.

Forest Grove is one of the three routes being considered for TransLink’s SFU Burnaby Mountain Gondola public transit line. A gondola route above the neighbourhood provides the most straight, direct route, offering the quickest travel times and lowest construction and operating costs, and the highest ridership potential.