An original play presented by Forbidden Vancouver, War for the Holidays takes audiences back precisely 100 years to Christmas in 1915, when the First World War raged in France and the suffrage movement swept through the home front.

Known for their walking tours exposing the forgotten dark corners of Vancouver’s history, War for the Holidays is Forbidden Vancouver’s first foray into creating an all-out theatrical production, though it’s not a typical one, according to Will Woods, Forbidden Vancouver founder and chief storyteller.

“This is not a play that happens in a theatre,” he says.

“All our work… takes place on the streets and in the spaces where Vancouver’s history really took place. The Roedde House is such a perfect venue for this piece, because that was a home back in 1915. It did have a Vancouver family living in it and today it’s staged inside to look exactly as it looked then. Everything from the costumes to the plum pudding recipe to the props is absolutely authentic.” 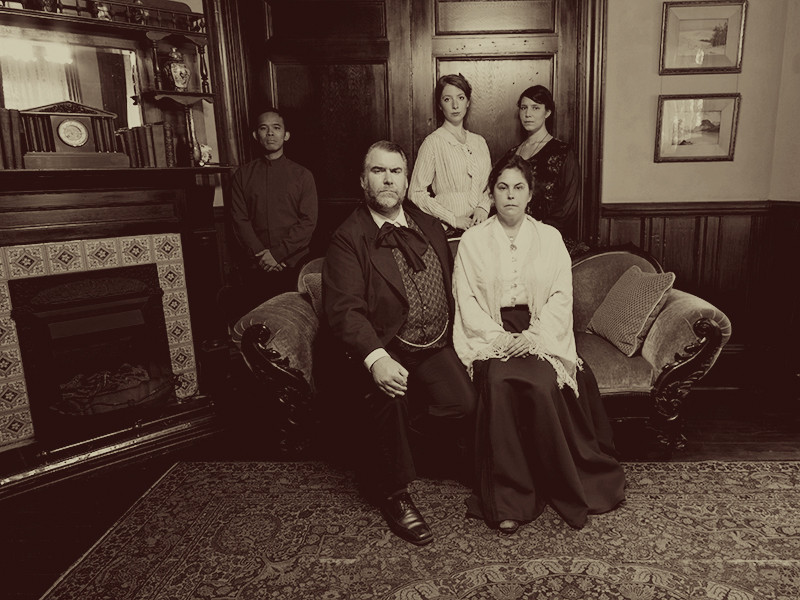 Cast of War for the Holidays. Photo by Kendall Walters.

Anderson is a graduate of Capilano University’s performing arts program. She has staged two original shows in the Vancouver Fringe Festival and won a NOW! Theatre Award for Playwriting.

“I was excited about writing a piece [that’s] so female-centric,” she says.

“To get to write a play with these strong female characters who have all these different viewpoints – to give the audience a different perspective on the women’s rights movement at that time – was an exciting prospect for me, both as a writer and as an actor.”

Giving that prospect room to blossom was a key motivation for Woods’ involvement in the production.

“One of my personal goals as the owner of Forbidden Vancouver has been to not only work with talented people, but to help them achieve their goals,” Woods says.

“I consider myself a feminist [and] I wanted to create an opportunity for a young, talented, hardworking female playwright in Vancouver to have her voice heard,” Anderson says. 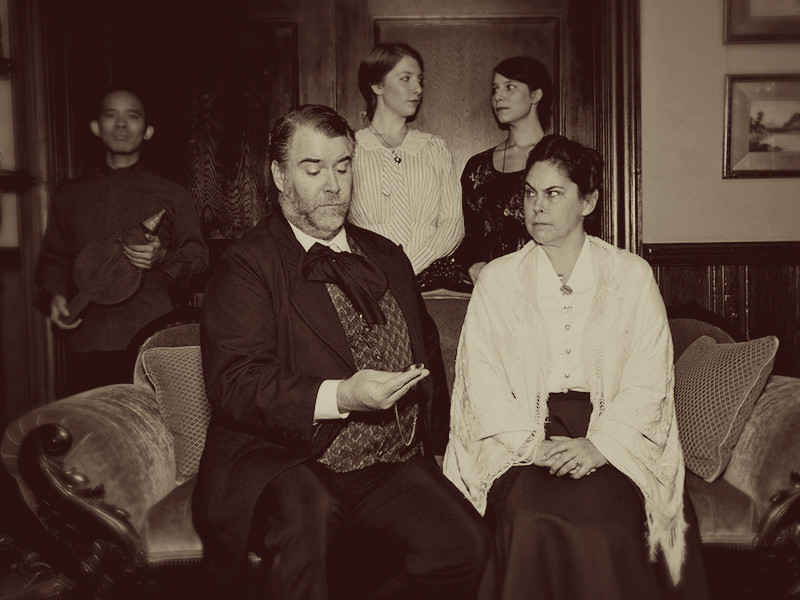 Cast of War for the Holidays. Photo by Kendall Walters.

The pair originally intended for the turmoil of the First World War to provide much of the dramatic tension in the piece, but when Anderson started her research, she was drawn to the suffrage movement.

War for the Holidays explores the issues of the day in a nuanced way. The piece has a cast of five, three of whom are women. The characters are a family: mother Margaret, father Harold, daughter Gretchen, who’s joined the suffrage movement, daughter-in-law Anna, whose husband – the son of the family – is away fighting in France, and the family’s Chinese houseboy Chang.

Part-way through the production, the audience will split to follow one of two tension-filled storylines. Everyone will regroup in time for the dramatic finale.

“I really wanted to give people a chance to have something to talk about on the car ride home,” Anderson says with a laugh.

“Everyone will take away something different. Your interactions with each character [are] going to affect the way you experience the rest of the show… The audience isn’t given this omniscient quality. They’re truly in it with the characters.”

War for the Holidays 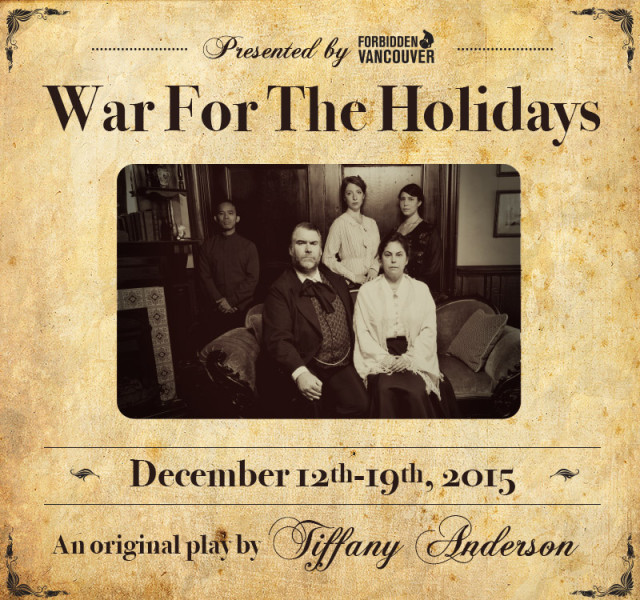 War for the Holidays Poster. Image via Forbidden Vancouver.

Tickets are $35 for adults – including plum pudding and a hand-crafted cocktail curated by North Vancouver craft distillery Sons of Vancouver – and $25 for guests under 19. Tickets are available online at www.forbiddenvancouver.ca.

To celebrate the holiday season, Forbidden Vancouver is giving away two tickets to War for the Holidays (a $70 value) to one lucky Vancity Buzz reader. To enter to win, do at least one of the following:

Contest entries will be accepted from time and date of publishing until 11:59 p.m. PST on November 30, 2015. One winner will be chosen at random and contacted through the platform they enter by. Prize winner may not receive cash redemption equal to the value of the prize in lieu of the prize.