A handful of Canadians have cracked Forbes’ highest-paid celebrities list for 2020.

Because, if you’re already a celebrity, why not take it to the top of the top?

According to the Forbes list, the 100 ranked celebrities earned a combined $6.1 billion (before taxes) in 2020, a $200 million drop from last year.

Forbes says the decline was attributed to you-know-what after the global pandemic shuttered stadiums, halted the movie industry, and silenced live performances all around the world.

The top-earning celebrities were Kylie Jenner and Kanye West​, who brought in $590 million and $170 million, respectively.

On the Canadian side, Ryan Reynolds was the country’s highest-earner on Forbes list, followed by three musicians: Shawn Mendez, Drake, and Céline Dion.

Three streaming giants doled out $300 million to stars on the list, including Reynolds, Billie Eilish, and Jerry Seinfeld, with Netflix paying out more than two thirds of that, according to the ranking.

The list ranks “front of the camera” stars around the globe using pretax earnings from June 2019 through May 2020 before deducting fees for managers, lawyers and agents.

Check out the Forbes ranking for the full list, more info, and methodology. 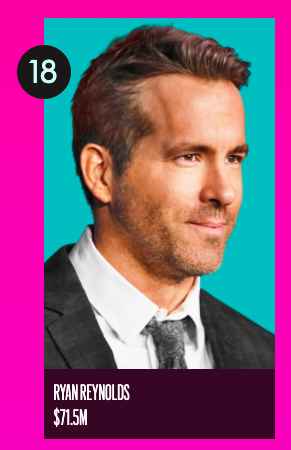 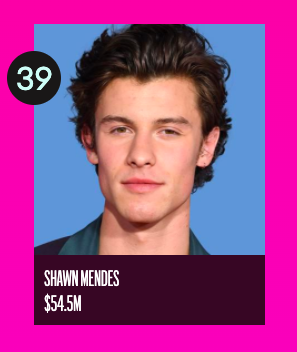 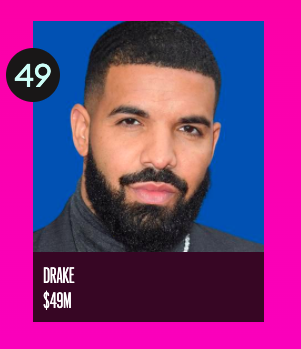 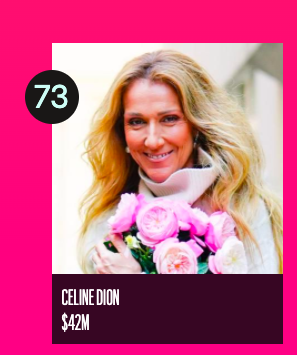