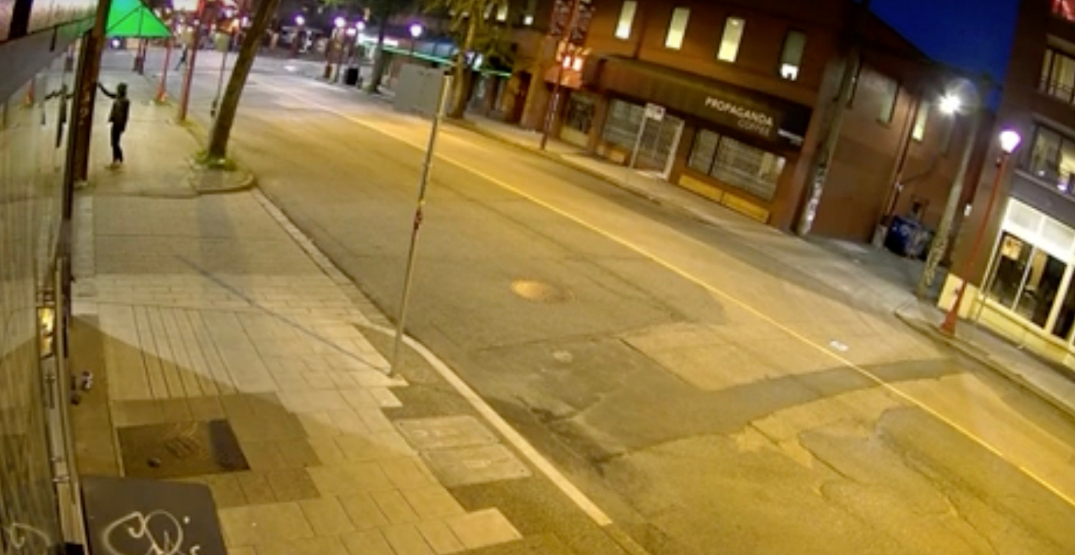 A day after news of a Vancouver Chinatown mural being defaced, a business located in the neighbourhood has released video footage of the vandal in action.

The timestamp on the video which was captured by eevee starts at 4:28 am on May 29, at a time when the streets are almost entirely deserted. It’s unclear how much time the vandal actually spent defacing the mural in total, but the video shows them at work for over 15 minutes.

A spokesperson with the Vancouver Mural Festival (VMF) — which this particular work of art is part of — told Daily Hive that the mural was fortunately covered with an anti-vandalism coating and should be able to be restored.

Bradley Spence is the owner of eevee, a business that sells personal electric vehicles like e-scooters. He shared on Twitter that he had video footage and that the suspect’s “blue hair, dog, and very unique clothing” could be seen.

The suspect takes a good amount of time and care covering up the original mural. 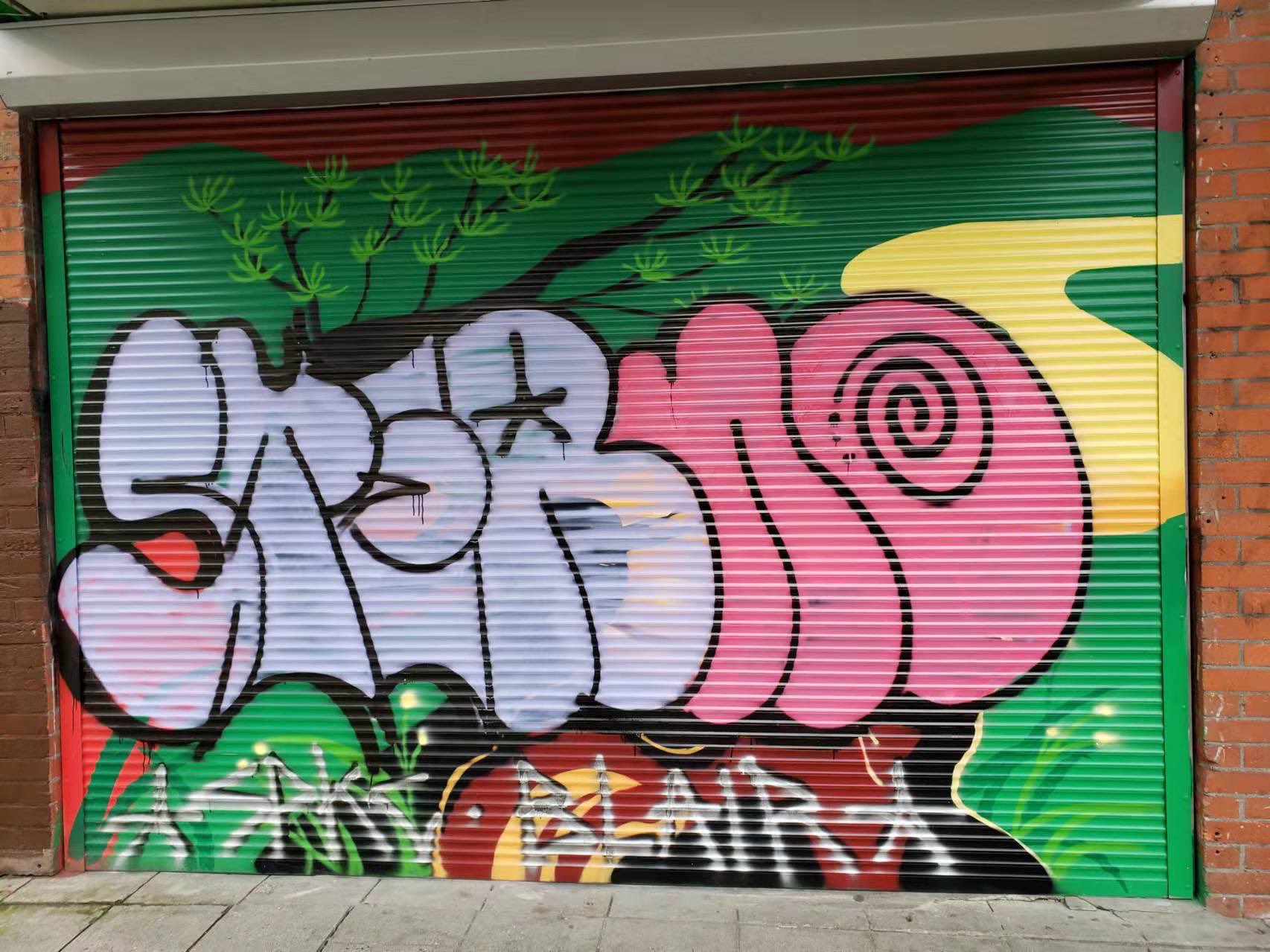 Businesses and organizations in Vancouver Chinatown have had to deal with this sort of behaviour on an ongoing basis.

“The graffiti weakens our community, the exact opposite of what this mural stood for. There are marginalized seniors who want to feel safe and respected in their own clean cultural community space,” she said.

It was nice while it lasted…5 weeks before someone decided to vandalize and disrespect this beautifully curated cultural mural celebrating community #chinatownyvr pic.twitter.com/iG80n7rS6v

In terms of potential punishment if the Vancouver Chinatown vandal is caught, the minimum fine according to the City of Vancouver is $500.